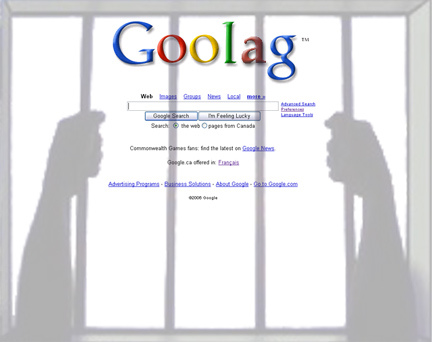 Today google set up a system where they do everything they can to minimize the ability to share content, short of deleting it, which is not sufficiently progressive. This extraordinary measure is coming right after the whole James Damore fiasco. Here is a video which explains the details (thanks /u/PowerVitamin for the link):

It is outrageous enough that it even prompted Julian Assange to tweet out a Jarod Taylor video! 2017 is in your face folks.

Notice you can’t watch the embedded video here or on twitter. You are forced to navigate to youtube. As far as white nationalists go, Jarod is just about the most level-headed and non-threatening alt-right guy out there. This video isn’t hitlarping or aggressive in the least. It is just a list of some unfortunate facts. If Jarod Taylor, with his measured and calm demeanor that is quite disarming, is being shoahed then the pot is really boiling vigorously now. The frogs might want to consider jumping out now.

EDIT: It seems they also demonetized Ron Paul’s channel, a former US congressman, and presidential candidate.

I am not sure why they think this would be better than outright deleting the video. Doing it this way means everyone has zero doubt or illusion of google’s skullduggery.  If it were gone completely at least people would have been forced to go through a few hoops to figure it out and prove it. It probably still would have blown up, but maybe not quite so fast or obviously. This might be a good example of negative wisdom being somewhat blind as I mentioned previously. It also seems incredibly desperate. While I find the rise of anti-establishment, right-leaning, and variously pro-white sentiment to be encouraging, it hardly seems to rise to the level of requiring draconian censorship. I mean this is a really heavy-handed approach they are taking and, in my opinion, what has actually occurred with the alt-right doesn’t warrant it. What do they know that we don’t that compels them to do this? What are they scared of? I don’t usually do this, but perhaps the creator of Minecraft knows:

Yes, I couldn’t resist linking this. But the point remains he has almost 4 million followers and many various media organs, mostly alternative, have written about this tweet spreading the message even further. Basically the same day google rolls out one of the most draconian censorship efforts I have ever seen and makes establishment-disliked videos as difficult as possible to spread. Maybe innocuous videos like those of Jared Taylor are being left in plain sight so that the more damaging ones can be deleted while everyone is distracted. I mean, these people aren’t dumb so there has to be some wisdom in this somewhere and it isn’t very obvious if you only look at the superficial actions. Or not, this is wild speculation after all. But it is true that youtube has been targeting pizzagate related videos in addition to right-leaning political videos. First by demonetization and sometimes by outright deletion:

Perhaps there is more to this than initially meets the eye. Or maybe not. Even if there isn’t, it is worth considering the possibility. EDIT: As predicted, pizzagate related pages are being taken down.

In any event, some people have been advocating for ways to hit google in the pocket book for their outrageous actions.  Here is a video about an alternative to youtube for content creators. I haven’t researched it fully but it is supposed to use a method more resistant to censorship:

In addition, the extension adnauseum blocks google ads and apparently sends fake data which could/should wreck havoc with their bottom line if enough people use it. The best way to hurt google’s influence is to limit the amount of money they can make. And unlike most activism, you are just blocking ads which most people want to do anyway even without political motivation. I have added this to my browser and am pretty happy with it so far. Also, if there is some page you would like to support, you can whitelist that page.

30 things to know about pizzagate.

EDIT: Closing note. When you search American inventors, this is what you get. Hmmm…..