Posted on September 27, 2017 by Atavisionary 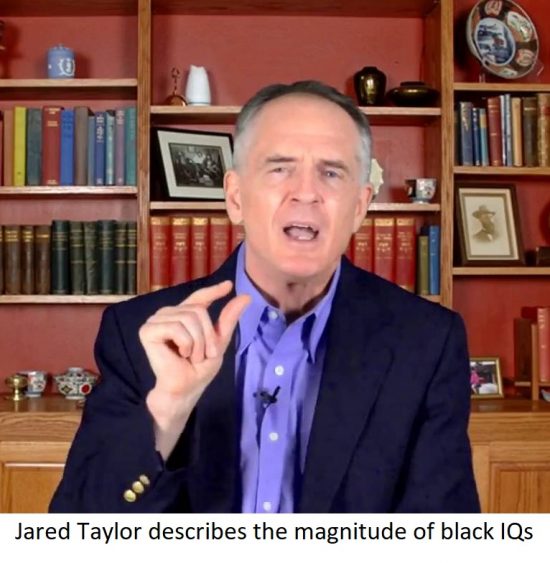 You can listen to the interview on Amerika.org.

You may remember that I previously covered how Jared Taylor’s video on racial differences in intelligence was one of the first to get the isolation treatment by Google’s new war against crimethink. We discuss this and other issues going on in the altright. Also, don’t forget to take a look at Jared’s book, Face to face with race:

Which you can read on any device with the free kindle app:

This week Nationalist Public Radio brings you our anticipated guest interview with renowned white advocate Jared Taylor of American Renaissance. The interview runs just over an hour covering a myriad of topics. The majority of the questions and topics of discussions can be seen below.

1:00 – Introduction by Everitt Foster asking Jared Taylor about himself, his work and his inner motivation.
8:00 – Brett remarks on the rise of PC in higher education in the late 80s/early 90s.
9:00 – Brett asks if the problems we face is diversity or specific ethnic groups, and how this problem relates to leftism.
14:00 – Brett asks if we can end diversity and if so how?
17:10 – Roderick asks if there will soon be an inability of government and universities financially due to leftist policies.
21:20 – Everitt asks if the destruction of statues/monuments is directed at white people and not simply confederates.
24:30 – How can we in America compare apartheid and the targeting of whites in South Africa to our future if whites become a minority?
27:00 – Is it possible that the media and higher academia doesn’t represent a white population that is majority conservative?
30:00 – You made a video that went viral semi-recently. What were your reaction to it being removed from YouTube?
34:20 – James asks if censorship on both registrar’s and social media will become more rampant and what course of action should be taken.
40:30 – Roderick asks why Jared thinks leftists condemn white advocacy while glorifying transgenderism in children.
42:40 – James observes how Antifa targets and polarizes people with moderate political affiliations away from leftism.
46:40 – Everitt asks if Trump’s election is progress toward our goals as well as Jared’s take on how he responded to DACA.
51:30 – Roderick asks how Jared responds to feminism and how to reverse declining birth rates in white populations.
57:00 – Roderick asks if it is a waste putting women through college on frivolous degrees and instead focus on children.
59:00 – Brett asks if there is a root to cultural and social change and if it is modernity. As well if white people need to invent or resurrect a more visible culture for themselves.
1:02:30 – Asks if problems demographically harm the middle class due to the tax code.
1:06:20 – James poses a question from the audience regarding the divide in the alt right concerning the Jewish Question.
1:15:25 – James ask what course is best going forward in accordance with freedom of association and wealth distribution.