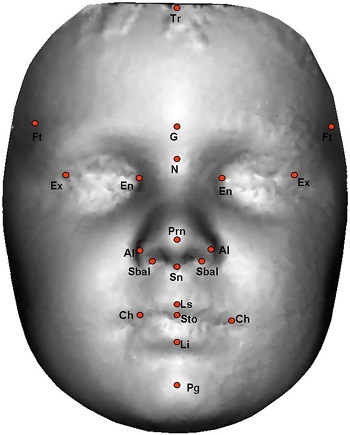 In Smart and Sexy I spent some time going over what impact testosterone has on the different ways men and women think. An excerpt of this section of the book is available from altright.com:

Cambridge university autism researcher Simon Baron-Cohen, the cousin of comedian Sacha Baron-Cohen, advances the idea that Autism Spectrum Conditions (ASC) including Asperger’s syndrome can be at least partially explained as being the expression of an “extreme male brain” (EMB) that results from unusually high concentrations of testosterone during fetal development.

Increased fetal testosterone affects brain morphology, which results in increasing sexual dimorphism in a variety of brain regions. Excessive testosterone triggers super-normal male-typical development of the brain. This hypothesis is consistent with the fact that ASCs have a heavy male bias. It is theoretically easier to transition from normal male testosterone levels to excessive levels than it is to go from normally low levels in females to excessive levels. Further evidence for this theory includes recent research showing that women with Polycystic Ovary Syndrome, a condition which leads to elevated levels of Androgens in the fetal environment, have a 59% increase in the risk of having children with an ASC.i In support of this idea, in traditional autism, the gender disparity ranges from 4:1 to 8:1 male to female sufferers depending on the study. For Asperger’s specifically, the ratio may be as high as 11:1.

As might be expected from an exaggerated male brain structure, autists tend to have an exaggerated male typical cognitive profile. In other words, they have a “spiky” profile on intelligence test batteries. They tend to perform much more poorly on the sub-tests that require verbal skills and language processing and have ability peaks on sub-tests which emphasize spatial reasoning.ii, iv For example, in the highly visuospatial block design task (BDT) of the Wechsler test battery, 47% of autists have a peak compared to only 2% of the general population. The peak is typically between 1-3 standard deviations above the performance you would expect based on how they did on other tests (i.e., their baseline). In addition, about 50% of neurotypical individuals perform under their baseline IQ on this task, but less than 10% of autists perform under baseline.v Perhaps coincidentally, like autists, high intelligence individuals who aren’t diagnosed with autism also tend to display intellectual profiles with specific ability peaks.

One test, Raven’s Progressive Matrices (RPM), has been used to measure autistic intelligence independently of verbal skill. The test is highly visual and requires very little verbal instruction. It is widely regarded as one of, if not the best, single measures of intelligence [and autists do much better on it than you would expect from more verbal tests]:

As part of the extreme male brain theory of autism, Simon Baron-Cohen proposes that there exist two dimensions by which humans can interpret the way the world works. The first dimension, empathizing reasoning [female typical], involves interpreting the goals of conscious agents and general theory of mind. Empathizing reasoning allows efficient inference of mental and emotional states in others and promotes the drive to respond with appropriate emotion and physical actions to those states. It must be noted that actual “empathy” does not necessarily have to play a large role in this sort of reasoning. It could just as easily and perhaps more accurately have been called “Machiavellian” reasoning. The major thrust of this form of reasoning is understanding the emotional states of others and responding to those states well; whether this knowledge is used to sympathize with others or pursue raw self interest is secondary.

The second dimension, systemizing reasoning [male typical], is defined as the drive and ability to analyze and construct rules for a particular system that can produce consistently predictable outputs from given inputs as a result of operational rules.ix It is especially effective at interpretation of non-agentative lawful systems such as are common in the natural world. Lawful systems are characterized by being highly predictable. Given a specific input, a lawful system can be expected to repeatedly have a consistent output after some operation takes place. Examples of highly lawful systems, approaching 100% lawfulness, would be things such as mathematical formulas, the functioning of engines, and the movement of celestial bodies. Given a perturbation of such systems, the resulting change or output can be predicted with the real-world results varying minimally from predication. Moderately lawful systems, such as meteorology, are also amenable to systemizing reasoning.

Go to altright.com for the full excerpt. Or go to Amazon and get the book for way more information. If you want to see more excerpts and reviews before making a decision, then go here.

Anyway, a new study has come out which incrementally adds more support to the extreme male brain theory of autism. Software which can distinguish between male and female faces has found that both male and female children with autism have hyper-masculinized faces. Something you would very much expect if fetal testosterone is a strong contributing factor to autism:

Tan and her colleagues also employed a new 3D facial mapping process, tested on 48 neurotypical boys and 53 neurotypical girls, to provide a highly accurate and objective measure of the facial features that most typify a male and female child’s face. Using these features, the researchers’ algorithm was able to correctly categorise the sex of children’s faces with around 98 per cent accuracy.

Moreover, when the researchers compared the autistic children and control children’s faces on the six facial features (mostly related to the positioning of the nose and upper lip) that most strongly distinguished neurotypcial boys’ faces from girls’ faces, the autistic kids of both sexes were found to have a more masculine score than controls on five of these features.

Finally, among the autistic boys and girls, the more masculinised their faces, the more social and communication difficulties they tended to have, as scored in their diagnostic test for autism.

This study has a very small sample size which is problematic. However, given what we already know about hyper-masculinization of Autists mentally, I would be very surprised if further research did not confirm this result as accurate.