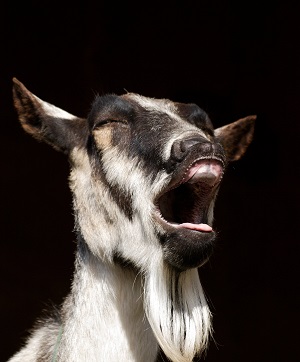 A short time ago I remember glancing at an article which mentioned the name Aesop. Odd name I thought but didn’t think much more about it. A couple of days ago I had a dream which repeated the phrase “mosap’s fables” repeatedly. Mosap appears to be some proposed lunar roving vehicle from NASA which was never actually built. No accounting for the errors in dreams, I suppose, but some quick search engine sleuthing found the right term of “Aesop’s fables” and properly reminded me of the article I had seen. Strangely enough, the original Aesop article linked to above doesn’t directly mention the fables and I was not previously familiar with that title, although everyone is familiar with at least some of the fables themselves. For example, “the boy who cried wolf” and “the goose who laid golden eggs” comes from that compilation.

Briefly, Aesop was a slave and storyteller in ancient Greece and for whatever reason, all of these tales are attributed to him, even though none of it was written down until well after his death and many fables were supposedly added after the fact.

Anyway, I became curious and saw a kindle version of Aesop’s Fables

on Amazon for 20 cents so I purchased it and have been leisurely going through it the last few days. You could easily find it for free online though. One fable, in particular, made me chuckle given the topics regularly discussed on this blog. (FYI Jupiter is the Roman version of Zeus.)

Jupiter granted beards to the She-Goats at their own request, much to the disgust of the he-Goats, who considered this to be an unwarrantable invasion of their rights and dignities. So they sent a deputation to him to protest against his action. He, however, advised them not to raise any objections. “What’s in a tuft of hair?” said he. “Let them have it if they want it. They can never be a match for you in strength.”

Apparently, feminism has been a burden in some form for thousands of years. Enough that our ancestors made fables about it. The comparison of a feminist to a bearded she-goat is humorously apt. Why didn’t I think of that?

4 Replies to “Aesop’s fable: The she-goats and their beards”