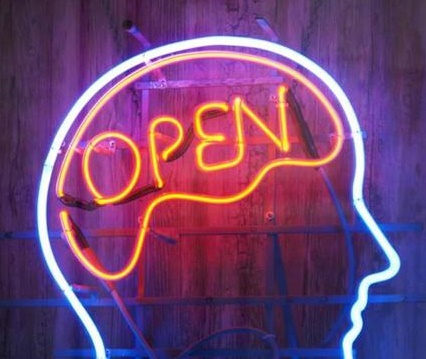 I have had this post on the back burner for some time (I have a number of those actually). A while ago a thread on reddit talked about an extremely flawed study which found that black and white children raised in Germany after world war 2 had the same IQ. Well, not really but that is what prig progs want it to show.

I got into a conversation with a leftoid who had so much cognitive dissonance that not only did he himself point out the flaws in the study and why it didn’t technically show this, he still held firm that it qualified as good evidence that black and white IQs are the same on average just so long as you adjust the environment. Unfortunately this user has since deleted his comments and I didn’t bother saving them all at the time so I just have what I happened to copy over then. Sorry. However, this post isn’t strictly about that one study so summarizing the exchange should be sufficient.

There were two major confounding influences which caused problems for the general application of the findings of this study (and this user pointed this out himself). He quoted the following from the study:

White and black G.I.’s in Germany were not equally representative of their respective populations, since about 30 percent of blacks, compared to about 3 percent of whites, failed the preinduction mental test and were not admitted into the armed forces

The equal IQs were from people who were only half black, and their fathers were unrepresentative because the army didn’t recruit people who failed IQ tests. The blacks who made it to Germany from America in WWII were highly unrepresentative and had been specifically filtered by IQ tests. All of the potential black fathers were above the 30th percentile of the black IQ distribution. In addition, as I will show in my soon to be released book, intelligence is to a large extent X linked which means that when there are big differences in IQ between parents, a child is much more likely to resemble the (white and German) mother than the father. In other words, these results are not surprising, but do not invalidate or even contradict the vast amount of research done over the last century which shows blacks to have about a standard deviation lower IQ than whites. It is a very specific set of circumstances which led to a superficially contradictory result. Further consideration reveals that these kids do not represent blacks in general to any great extent. The consensus from studying racial differences in intelligence are quite clear: 30 years of racial iq studies [pdf]

What is weird about all this is that the guy who I was talking to knew all this was problematic, pointed it out himself in his own comments even, yet still argued with people that these flaws were irrelevant and the study showed that it was all environment. When faced with some opposition from myself and a few others, he eventually resorted to a common leftist shaming tactic which I am sure most of us are familiar with. He had no good arguments with which to defend his position and thus resorted to insulting his opponents character rather than admitting that the flawed study is more or less useless for his position. Here is the excerpt of his comment which is relevant and my response:

“You didn’t read it with an open mind at all”

I love it when leftists pull the “you’re not open minded” card. It shows such a lack of self-awareness it is amazing. There is a difference between rejecting a clearly very flawed study, which in your own comments you showed it to be, and being closed minded. Closed minded is seeing that the preponderance of evidence does not support your preferred happy talk version of things and sticking to the happy talk anyway. Especially if the happy talk is easier as it is the politically “correct” opinion. Open-mindedness is accepting the truth, however difficult it may be and however much people may hate you for it.

I originally planned to link to his comments directly so you could see everything he said, but unfortunately he deleted them. Probably because he realized he looked stupid. Anyway, I have found that some version of “You aren’t open-minded” is an extremely common leftist ploy when they can’t figure out any logical or rational way to defend their beliefs. (Though religious people use it too; stop doing that!) I have met many people in person who do the same thing and say the same damn phrase verbatim even. The problem isn’t that their idea is asinine and indefensible, the problem is that whoever just wont give the idea a chance or a try. They aren’t capable of being objective and thus their opinion should be dismissed. The problem is you as a person. This disingenuous way of shifting the focus of attention from their nonsense to your person is an unfortunately effective method of switching from defense to offense without having to do any rigorous intellectual work. They don’t even have to justify the claim about your person because being open or closed minded is such an ambiguous idea (and with connotations conveniently preset to leftist advantage) that most people immediately allow the topic to be changed and start defending their character when the accusation is in no way warranted. Don’t let leftists (or anyone else) get away with this tactic. Recognize it for what it is and immediately steer the conversation back to their asinine beliefs. Keep them on the defensive. You can point out what just happened explicitly and turn it back, or just ignore it like the shit test it is and make another criticism of their idea directly. Keep on point and keep focused.

I really hate the not open-minded “criticism” because it implies that you have very little knowledge of the subject under debate. It directly insults your integrity and is a very deep sign of disrespect that in better days would have led to an ass-kicking. When found together, ignorance and strong opinion do imply closed mindedness, but very often the ignorance ingredient isn’t actually present and there is little reason to think the “closed-minded” person is not knowledgeable about the subject matter. Often it is the accuser of closed-mindedness who has the smaller degree of knowledge and/or is manifestly losing the debate. Why else would they use this tactic rather than just pointedly defending their position? Even in circumstances where the accusation is true, it is no less of a logical fallacy and shouldn’t be engaged in. Don’t do it yourself, and don’t allow others to do it to you. With greater knowledge you would expect firmer stances on any given issue. If you know why something will or will not work, then you are much more likely not to be compromising about it and you shouldn’t compromise. If your mind is to be changed then it will result from honest, rational argumentation on part of the person trying to change your mind. Not from deceitful sophistry and changing the subject.

3 Replies to ““You are not open-minded””