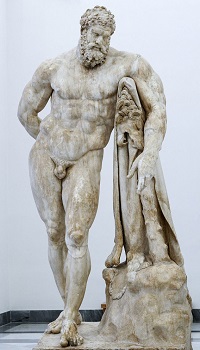 The American Psychological Association recently released a new set of guidelines which have caused quite an uproar for those of us freed from the currently fashionable delusions on gender differences. The direction it has headed, however, is quite unsurprising for anyone who has been paying attention. Cthulhu continues marching left at an ever accelerating rate.

The blaze offered a decent article on the topic which has some choice excerpts.

“The main thrust of the subsequent research is that traditional masculinity — marked by stoicism, competitiveness, dominance and aggression — is, on the whole, harmful,”

“the more men conformed to masculine norms, the more likely they were to consider as normal risky health behaviors such as heavy drinking, using tobacco and avoiding vegetables, and to engage in these risky behaviors themselves.”

—
Boys are traditionally socialized to suppress their emotions, which “causes damage that echoes both inwardly and outwardly,” according to the release.

Ryon McDermott, a psychologist at the University of South Alabama who helped draft the men’s guidelines, said clinicians can use the guidelines to encourage men “to discard the harmful ideologies of traditional masculinity (violence, sexism) and find flexibility in the potentially positive aspects (courage, leadership).”

In short, traditional masculinity (elsewhere referred to by the same people as “toxic” masculinity) is the new bad thing. Even though its completely normal and an undoubtedly evolved trait which increases evolutionary fitness for men. Its here and ubiquitous because it works. It is hated by feminists and the current batch of corrupt elites because true masculinity is hard to control. Real men think for themselves and don’t worry about the crowd and are thus much harder to cow into accepting obvious lies. Not good if your goal is a passive population which can be shit on as much as you want for your personal profit. Pathologizing healthy, normal behavior falsely adds an air of legitimacy that would be otherwise lacking. These are “doctors” doing “science” and this is a real “medical” problem. The way this is presented is all very strategic to cover up the fact that these beliefs are nothing more than ideological clap trap with the “coincidental” side-effect of increased population control should they prove successful.

Rob Dreher also had some good commentary on the topic, which I agree with.


“To be fair, it’s not all PC codswallop, but given the social justice warrior jargon throughout, I suspect this is mostly about psychologizing the gelding of American males. I do not trust Ryon McDermott, PhD, to decide what is and is not healthy masculinity,” Dreher wrote.

“The more I think about it, the more Soviet this seems,” he added. “Dissent from gender ideology (not just the transgender stuff, but the establishment’s view of what men and women are)? Well, then you must be insane. Expert opinion says so!”

I don’t know where Jack Donnovan got his numbers, but he claims the APA membership is 58% women, 75% of graduates students are women. I really wish people would always take the time to point to where they get specific claims like this, but otherwise the article is in agreement with my own thought.

The mysterious origin of these numbers notwithstanding, they roughly match my own research which found that 62% graduate level psych grads were female a number of years ago. It could have increased since then.

In addition, psychology as a field is mostly far-left liberal. Social psychology “is essentially an ideological and political echo-chamber that is considerably more left-wing politically than the general population. 80% of social psychologists identify as liberal, while only 3 out of 1000 identify as conservative. Contrast this with the general population which is 40% conservative and only 20% liberal.” I single out social psychology here, but the same basic pattern is true for any social “Science.” Also, this demographic has been changing dramatically in recent times. It was much more balanced in the past and progressively became more infiltrated and through selection more ideologically narrowed. Essentially, when radical leftists get into hiring and acceptance positions, they go above and beyond to make only other radical leftists get new positions. Considering both the political taint and the great potential for femsplainations, and it is no surprise it has gotten so bad. I have a whole chapter on the leftist bent of academia in my book on sex differences in intelligence “Smart and Sexy.“

The field itself is mostly female, and mostly far left. Two things which immediately call into question the validity of any claims they make. The problem with being far-left is obvious. With females, it has a lot to do with both research available in my book on intelligence and psychological differences. Most women aren’t geniuses and most geniuses aren’t women. Women are also emotional. They react badly to things the don’t like to hear, and commonly throw temper-tantrums like children until everyone around them gets so sick of the drama they stop talking and walk away. The woman has then “won” because no one with any sense will waste time trying to explain to her why she is completely delusional. Of course, “winnning” at this point probably still wouldn’t be enough so many women move on to vindictive passive aggression and social manipulation in order to get the offender ostracized and if really successful unemployed. Anyone who has had a long-term girlfriend or wife has had to deal with something like this at one point or another. Some women are worse than others, but it is a rare woman indeed who absolutely never did something like this.

Clearly, the commonality of this behavior and mentality among women assures that the more women you get in any field, the less reliable it will ultimately become as emotions come to trump any consideration of truth.

These people aren’t scientists, and their studies aren’t science. They are ideological and partisan hacks who use fake and misleading data to masquerade their delusional opinions and desires as “science.” They did this because they wanted to steal the credibility of real sciences like physics and chemistry which actually benefit the world to push their tainted points of view. For some reason, most people bought the ruse and attribute to them some authority on these subjects. And now we have to deal with shit like this. Feels bad man.

One Reply to “The new guidelines on “Toxic” masculinity”