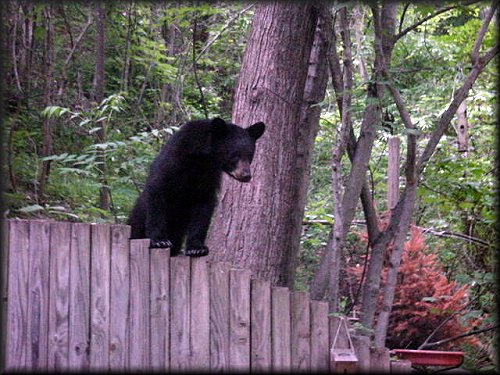 Recently I wrote a post on pirates in which I discussed a historian who explained his experience in reading contemporary “academic” writings on the history of pirates. Quite unsurprisingly, leftists have been attempting to rewrite history in order to make pirates into race-mixing homosexuals.

Contemporary historians have tended to use pirates for their own ends, depicting them as rebels against convention. Their pirates critique early modern capitalism and challenge oppressive sexual norms. They are cast as proto-feminists or supporters of homosocial utopias. They challenge oppressive social hierarchies by flaunting social graces or wearing flamboyant clothing above their social stations. They subvert oppressive notions of race, citing the presence of black crew members as evidence of race blindness. Moses Butterworth, however, did none of these things.

The true rebels were leaders like Samuel Willet, establishment figures on land who led riots against crown authority. It was the higher reaches of colonial society, from governors to merchants, who supported global piracy, not some underclass or proto proletariat.

Even though it is merely an anecdote, it perfectly lines up with what research there is about rampant left-wing bias in academia.

Sometimes I wonder if synchronicity is real because when one such story pops up, there is usually a couple of more in short order. Sure enough, yet another anecdote of left-wing hegemony and harassment in academia was made known to me thanks to a post by Malcom Pollock. This time it is a medieval studies professor being hounded by  colleagues for 1) not being 1oo% critical of “white supreemisiiiist” Milo Yianopolous and 2) for not black-washing (European) medieval history.

[In addition to local faculty and students, she also had very negative] reactions from colleagues who identify as medievalists elsewhere in the country, most notably the group sponsoring the session at the International Medieval Congress last weekend on “Whiteness in Medieval Studies.” As they see it, our field is not only too white in its faculty and student demographics, but too white in its methodologies, above all in its “lack of complex racial consciousness.” In their view, having people like me who say things like “Some of the things that we value most in our contemporary culture were conceptualized and supported by white, a.k.a. European, men” (like, for example, chivalry, marriage by consent, and women’s right to vote) only serves to attract white supremacists to the study of our field.

[One] of our graduate students has argued in a piece published in Sightings this week that medieval studies needs to forcibly diversify its faculty by purposefully hiring from underrepresented communities so as to counter the impression of “Whites Only” that persists in the field. What he does not explain is why anyone would want to study the Middle Ages in the first place.

Anything done by ethnic Europeans needs to be scrubbed from history. Unless, of course, it is bad. In that case, it needs to be exaggerated beyond all proportion and then blamed on people who weren’t born until hundreds of years after the events in question. Also, all whites should lose their jobs or be stopped from being employed in the first place. Of course, I am sure the minorities will stop there with their demands [extremely NSFW].

I also liked this description and understanding of Gender studies as well:

“Studies,” by their very nature, have no borders–or discipline. They depend utterly on feelings of belonging to a group defined only by mutual interest in particular periods, regions, sources, or themes, not any shared training or expertise. It is as if one wanted to have a program in sports–and refused to train the students in any particular sport lest they exclude anybody for not having that skill. Or a program in music in which nobody learned a particular instrument to play. Or a church where nobody had to confess any particular doctrine or understanding of God, that is, had no shared conception of worship or how to act in relation with the divine. In Professor Peterson’s terms, “studies” have no motivating story or star because they offer no training in what to do.

I think Malcolm is right and that fencing bear at prayer is probably a blog worth following. Lies of the left: “gender fluidity” is another promising title.