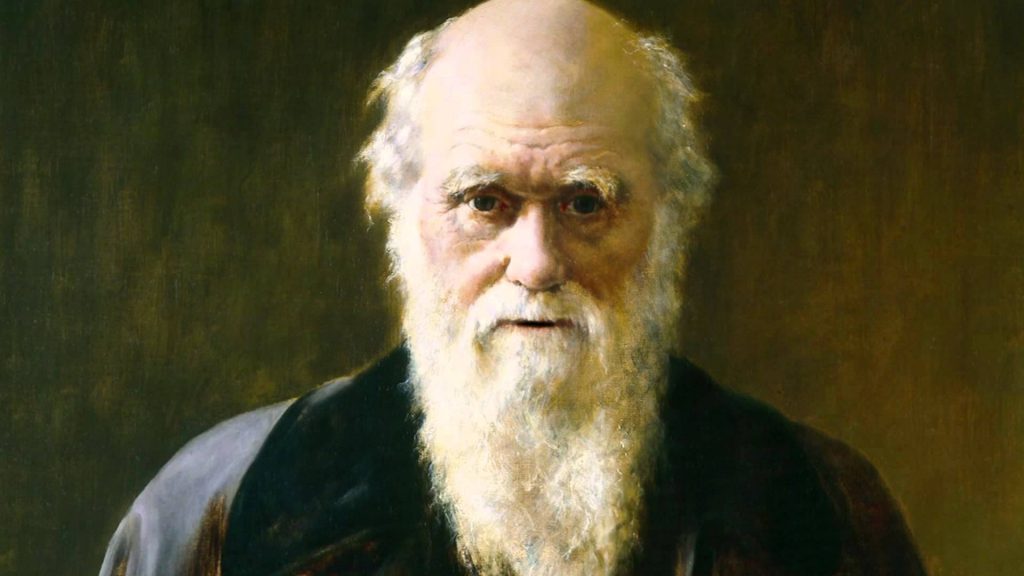 This book is well beyond copyright so you can read it for free online, including on this site which has both a typed and photocopied version on the same page. Also, please look at Jim’s excellent analysis of progressives re-writing history to downplay Darwin’s contribution of natural selection.

I know at least some of you already accept evolution. Some don’t being of certain Christian varieties. If you are religious and don’t believe in evolution, that is fine, it isn’t a requirement to be in the dark enlightenment (and I would prefer if arguments over it were saved for elsewhere, there are bigger fish to fry). However, accepting evolution makes understanding racial differences far easier.

With a background in biochemistry and lots of exposure to genetics it has never been that difficult for me to accept evolution and for a long time I never bothered to read it because “preaching to the choir” and all that. However, I was traveling for vacation a few years ago and walked into a book store to find a book for leisure reading when I stumbled across The origin of species. This was in a third world country where book selection was fairly eclectic. Often people would come in and exchange one book for another for a small fee, so someone must have brought the origin of species with them and traded it in. From experience I knew that both the content (especially the content) and the language difference was more than the locals were interested in. When I saw it I reflected on the issue and decided it was shameful that a biologist had not read this classic of scientific writing. (I bet PhD biologists as a group would be embarrassed by the results from a survey of how many of them actually read it) That some other random backpacker (probably European) had brought it with them to this obscure bookstore sort of gave me the boot in the butt to finally read it. So I set out to rectify the issue and purchased it for my leisure reading.

I will say that the content is just as relevant today as it was in 1859. His explanations of evolution are at least as good if not better than most of what you can find by modern writers despite their access to much better data. And I mean that. His descriptions and arguments are eminently approachable and understandable. They do not require any sort of “difficult” mathematics or complicated pictures of chromosome cross links to work through. Ya, it doesn’t have the benefit of genetic arguments, but that isn’t so important because in my experience even most college students in biology hate learning to really understand how genetics works (especially pre-meds. Don’t get me started on them. Ends justify the horribly inconvenient and bothersome means is their motto. Doctors aren’t nearly as great as many people think). Genetics can be difficult so I forgive them (my past classmates). Personally, genetics was one of my favorite classes. But you already knew I was weird as hell. Most people find it a real pain, and it can be a challenge. So in a way it is better that Darwin’s explanation of evolution doesn’t address modern biology. It makes it so much easier for a lay person to easily understand. If you want the hard details you can always find them elsewhere after reading Darwin’s clear, detailed, yet easy to understand account. But don’t expect the modern products of dysgenics to equal his elegance in writing.

However, it can’t be forgotten that Darwin was a badwhite. Here is some modern academic hack who only wishes he had a hundredth of the prestige of Darwin who lets us know Darwin would be right at home in neoreaction or the alt-right (as well as pretty much anyone else who lived in that more sensible time). Much to the everlasting shame of the originator of modern biology. lol.

he still divided humanity into distinct races according to differences in skin, eye or hair colour. He was also convinced that evolution was progressive, and that the white races—especially the Europeans—were evolutionarily more advanced than the black races, thus establishing race differences and a racial hierarchy. Darwin’s views on gender, too, were utterly conventional. He stated that the result of sexual selection is for men to be, “more courageous, pugnacious and energetic than woman [with] a more inventive genius. His brain is absolutely larger […] the formation of her skull is said to be intermediate between the child and the man” (Darwin 1871). [me: all of that is absolutely true btw] Although female choice explains sexual selection, it is the males who evolve in order to meet the chosen criteria of strength and power; such nineteenth century differentiation between the sexes was crucial in providing an alleged biological basis for the superiority of the male.

The whole article comes off as awkward because it is difficult to reconcile the idea of Darwin as the patron saint of (progressive) atheism with his clearly badwhite race realist beliefs. The fact is Darwin is the property of us, the badwhites who make up neoreaction and the alt-right. It is time we claimed the patron saint of atheism back for those who he actually most closely represents. Darwin is our hero, and we should remind those smug shitlibs of it every chance we get.