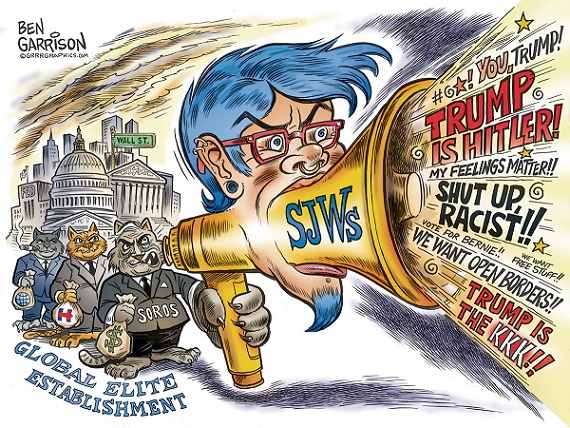 [Edit: at the bottom of the page are links to a twitter account claiming responsibility, with screenshots, for the ddos attacks. This group is apparently attacking many, many sites on the dissident right]

Altright.com has been down for over two weeks thanks to a campaign by a social justice organization titled “Lawyers’ committee for civil rights under law.” You can find their website here. The short of it is they sent a letter to godaddy, the hosting service that was being used, and asked them to kick the site. This was quite willingly and happily accommodated. Honestly, godaddy has had a history of deplatforming the right so why this company was being used I am not sure. Richard Spencer et al should probably have planned the site better by picking a more reliable hosting company. Here is the tweet where they take credit for shutting down alt-right.com:

BREAKING: We shut down Richard Spencer's Altright website. We will continue using every tool in our arsenal to confront white supremacists, the alt-right & those who incite violence and hate in our country. We applaud @GoDaddy for heeding our call and pulling the site. pic.twitter.com/1gU2ZOlNXN

However, that is not the only prominent site under attack recently. Amerika.org has been subjected to a well-coordinated DDOS attack for a few weeks and is also now down. Brett Stevens, who runs the site, is very informed on internet companies and other computer-related matters, and I would assume would know a better hosting service less willing to shut down a site due to angry letters from SJWs. However, that provider would likely be a lot smaller and have a harder time fending off a determined and prolonged attack. For now, Amerika.org is still producing content in exile here.

For the past two weeks, we have been under assault by a well-funded SJW brigade. They have outpaced our web hosting provider, who does not have the resources to fight simultaneous attacks: a DOS attack that targets the web server, and a DDoS attack that targets the IP protocol layer. As a result, the domains anus.com, deathmetal.org, genocide.org, and amerika.org are down for the time being.

Notice the start of the attacks on Amerika.org match exactly when altright.com was taken down on or slightly before May 3rd, 2018 (per the tweet above). Here is the rest of the announcement post:

Since we do not give up easily, we are back here to continue spreading our realism. Realism means that you measure the goodness of anything by its results, not what people think about it or how they feel or even what social institutions say about it. We look toward results in the long-term and ask if they are really going to get us better civilization, death metal, art, music, literature, philosophy, and mental health.

This makes us explicitly anti-Leftist, since Leftism substitutes equality for results in its measurement of what is good. It also puts us on the outs with much of the conservative spectrum, such as the blockhead neoconservatives who are more Leftist than realist, the angry National Socialists, and of course anyone from the “work hard, pray hard” brigade, because jobs are jails and the best prayer is action.

For years we have endured attacks and unpopularity with the herd, but striking popularity among the people who actually get real stuff done in the real world. They want us to go away. We, on the other hand, realize that this society is careening into an abyss of its own creation — through the individualism, or “no one can tell me what to do and I am just as smart as the smartest person out there” attitude — and will shortly cease to exist, becoming another ruined third world mess like the rest of the world.

This offends people. We say: deal with it. Reality is what it is, but the very mention of reality upsets these people because they want to force their reality on us through a method known as control, in which we suspend cause/effect reasoning and instead pursue goals that are both means and end, like equality, diversity, and conformity. We create equality by forcing equality, instead of finding the cause of inequality and asking where it fits in the order of reality.

As a result, they want to censor us, and we are rising anew to show them that their cowardice, pretense, bullying, and drama are not going to silence the voice of sanity.

Amerika started with a simple mission: the Right is the only force that says “no” to individuals, and therefore is the only method of constraining what is essentially a runaway population bloom in humanity, including the ability of individuals to make decisions which end up having horrible results, such as buying large SUVs, class mixing, littering, making giant mansions for no purpose, and voting for corruption in the name of equality.

Our mission continues with a desire to bring clear and accurate assessments of reality to the Right, and through the Right, to reach the 10% of humanity that is both competent and mentally alert enough to care about the consequences of our actions. Join us, we are the future!

Until Amerika.org comes back, you can continue to read their content at http://amerika-in-exile.blogspot.com. The only thing I know about altright.com coming back is they expected to be able to change hosts and have it up in a couple of days after it went down. Obviously, that hasn’t happened so they must be having more trouble than they thought.

Frankly, I think it is too much for two very well-known high traffic dissident right sites to be taken down right at the same time. It seems like a coordinated effort not unlike other efforts such as journolist 1.0 and 2.0. The left seems to be really ramping up their assault on non-narrative opinions, so be careful out there.

EDIT: This very new twitter account has posted a series of screenshots showing various dissident right sites being down. If this is real, then it is affecting many different sites right now. Although, some sites and hosting services are obviously handling better than others. I haven’t noticed Amren being down, for example, but other people have told me it has gone down off and on the last few days. Again, let me point out how strange it is that hacking attacks should exactly coincide with letters from organizations of lawyers in getting sites taken down. Here is an archive of @dreipfeil’s page.

infostormer attempting to set up cloudflare rate limiting, ends up breaking the site for all users after 2nd page visit. Very good job, whoever the webadmin is. pic.twitter.com/rwQawDsTtk

Infostormer now down even without the rate limiting. GG pic.twitter.com/P6VEQcBeWM

White Nation? No such thing! pic.twitter.com/yNF6HYqpN7