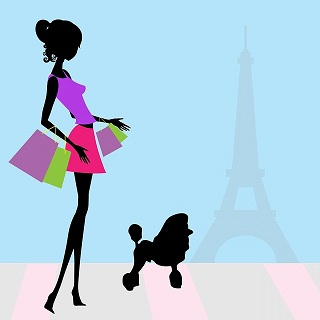 Western culture has progressively eroded the foundations of the traditional family for at least sixty years. Many on the left claim that the institution of marriage and traditional values are simply a relic of religious prejudice and a symbol of oppression. Part of the problem that allowed such frivolous conspiracy theories to spread was a lack of a comprehensive and objective explanation for why traditional monogamy was instituted in the first place by its defenders on the right. Appeals to divine authority, though effective with some populations, will simply not be sufficient to persuade the minimum number of people necessary in a secular culture to allow it to stay the dominant form of social organization it needs to be to support a thriving civilization. Though religious appeals for monogamous culture should not be thrown out, a secular defense of traditional culture needs to be built up to compliment the arguments of religious authorities.

One of the most useful consequences of a monogamous society is that it unleashes the creative and industrious potential in the largest number of men in society, thereby creating the foundations for a thriving and advancing civilization. In an age of free love, better described as pre-modern love, a significant portion of a man’s energy has to be expended fending off poaching attempts by other males or preventing capricious dalliances on the part of his mate. This is energy that would be much better utilized if directed towards building civilization.

However, the pro-civilizational effects of traditional values are not the only benefits worth considering. Rather than being neutral, the current system of soft polygamy (de facto, but not institutionalized polygamy) has active negative attributes. Polygamy benefits men with high sexual market value and young women but hurts men of middling to low SMV and older women. As high-status men take multiple women out of the market place, the supply of women decreases for all other men.

One of the important solutions offered by traditional monogamous values is the prevention of men like Elliot Rodgers from being marginalized in the sexual market place and becoming deranged and violent. In cultures that allow the practice of polygamy, you generate a large underclass of men with no access to women. This leads to an increase in violence, crime, and excessive risk-taking by the frustrated men who are programmed by evolution to do whatever they can to secure reproductive success at any cost to themselves or society. From the standpoint of natural selection, everything is secondary to reproduction. If your current culture reduces your reproductive fitness to near zero, it is a rational, if morbid, instinct to try to disrupt that culture on the part of young men. If you “kick a friendly dog enough times, you get a nasty dog“.

was probably the earliest egalitarian ideal. Though this ideal is often proven false in practice due to the innate differences between people, in the case of monogamous marriage it has proven the most conducive organization for advancing a prosperous and stable society. We throw that institution away at our peril. I don’t expect this warning to be heeded though, so you can expect many more Elliot Rodgers in the future.

Here is his chilling last video and his autobiography/manifesto.

One Reply to “How the Hypergamic “utopia” engenders violence”