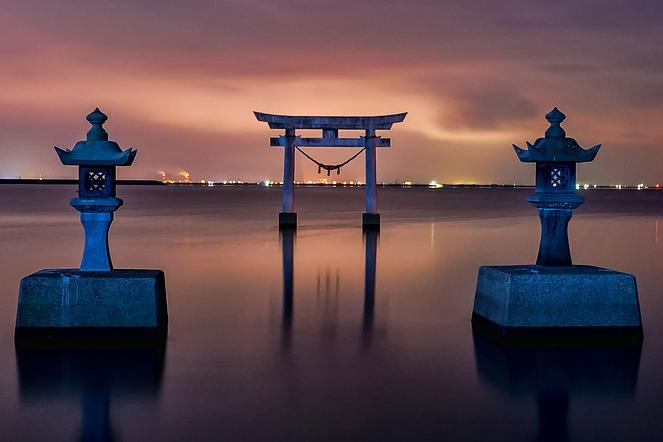 I was browsing the subreddit /r/debateDE (affiliated with /r/darkenlightenment) when I stumbled across this comment in a thread on monarchy. /u/stanislawiii made an extremely astute observation about something that adds stability to government systems and specifically to democracy relative to monarchy. Something that provides an alternative to revolution for ambitious newcomers:

The issue is that in most monarchies, there’s an aristocracy that constrains the government. While the King is in charge, in most feudalist societies, the local Lord and down the aristocratic line the Earl, Duke, and Knight all wield economic power (they own the land that generates the income to fund the government) — thus if the local aristocrats all in a single voice decided not to pay tax, that’s the end of the idea. The other thing to keep in mind is that people could and often did revolt and remove bad leaders. The only country that really never had a war of succession is Japan. It’s the same ruling family for 5000 years, and while there were feudal leaders, the emperor stayed. In the rest of the world, dynasties ended when they got too ham-fisted or greedy.

On the other hand, Democracy actually prevents such a thing. Most of the real power in a democratic system is behind the throne. Lobbies and so on are the real power in a democracy, and they’re literally untouchable. No matter how bad the SJW type lobbies get in demanding things from the government, you can’t get rid of them. No matter how bad bankers get, there’s no possibility of deposing them without seriously bringing down 90% of the country. Even bringing down the government might not be enough because they aren’t in government. The CEO of JP Morgan isn’t in government, and in fact it would represent a loss of power for him to do so. As CEO of a banking system, he can buy the government, and he can have 60 Senators on the line in a hearbeat, all clammoring to do exactly what he wants. Why step down and run for a mere government position where he’s one voice in 536 (president and congress) in which no one is compelled to listen to you? And that’s the problem — there’s less accountability in democracy because the powerful simply purchase their goals from the government rather than running for themselves.

We all know why democracy is unstable in the long run and part of the reason is that special interests are able to peacefully capture the government and either crush productivity or divert production towards wasteful ends.  However, it is probable that in the short term, the ability to capture government by ambitious newcomers from the outside actually adds stability because capture is often preferable to revolution for those with the capability to do either.  It is the path of least resistance. To an extent, I disagree with /u/stanislawii’s choice of example as representative of ultimate bad because when business elites capture government it is at least a possibility that the consequence will be wealth generation; especially considering that in a Democracy they may be actively countering growth killing socialist policies. In all government structures it is possible for wealthy elites to capture government, but only in Democracy is it possible for the lowliest proles to capture government. Proles who can be expected to contribute nothing and demand everything. Consequently, the proles will parasitically bankrupt the host nation. This, ultimately, is what separates democracy from other arrangements and guarantees doom in the long-term.

However, that still leaves the question of why the Japanese imperial line has remained intact for an extremely long period when most other monarchies failed much more quickly and often had wars of succession. Mentioning this forced me to remember something I had learned in a Japanese culture and history course I once took. (Since Japanese history isn’t what I want to focus on in this blog and because I think this demonstrates a good point as a hypothetical even if it wasn’t actually implemented in the past, I am simply going to relay what I remember rather than exhaustively verify it. Feel free to research it yourself and comment if you feel so inclined.) An interesting aspect of Japanese imperial succession was that their unique marriage system allowed the position to be captured by ambitious aristocratic families. After marriage, the queen would remain living in the house of her parents rather than in her husbands house (at least for the emperor). Consequently, she would also raise her children in her father’s household away from the emperor. The result of this arrangement was that the next Emperor was mostly influenced by people who were not related to the previous imperial line. Should the current emperor die, the de facto leader (regent) would become the maternal grandfather of the 1st son of the recently deceased Emperor. In addition, since the new emperor grew up with his maternal family, he was likely to desire to advance their interests as a result of his experience as much as from his biological relation. An ambitious aristocratic family only had to arrange for the emperor to marry their daughters to have a shot at ultimate power. Wealth and power made it possible for them to make such arrangements. In this way, as the winds of fortune and genetics favored some families over others, they were able to impose themselves and their interests into the imperial line. The ambitious newcomer did not need to resort to revolution against the current order to gain power, which consequently would have also resulted in the lose of an important Schelling point in the form of the emperor. In other words, the possibility of institutional capture was able to provide at least some stability by being an available alternative to revolution. Whenever it was possible for a powerful newcomer to cause a revolution, they very often opted for the path of least resistance instead. Because there was a mechanism of capture available, multitudes of powerfully elite families worked for institutional capture rather than revolution. Of course, there were still periods of war and disorder, but it can be imagined that without this mechanism there likely would have been more violence than there was.

Another positive benefit of the Japanese arrangement is that periodically the imperial line would have genes from the most capable and successful families available mixed in. In theory, this should result in a positive eugenic pressure on that line and ensure that the relative fraction of competent monarchs stays high. If hereditary rule is fragile against genetic decline of the dynasty line over generations, then the Japanese model provides a eugenic mechanism to counter that trend. For those interested in restoring some form of monarchy, this might be a good example to draw from. Requiring monarchs to select a spouse from among the families who demonstrate the greatest levels of success through meritocratic mechanisms could ensure high levels of ability from generation to generation in the ruling dynasty. I am thinking of economic success mostly, but that doesn’t have to be the only measure of success used as criteria.

Thinking about the fact that institutional capture was both present in and provided at least some stability to at least two radically different government systems makes me draw several conclusions.

One of the “virtues” most trumpeted about democracy is that it provides a peaceful mechanism for institutional capture that in theory is supposed to prevent bad governments from perpetuating indefinitely. To some degree this may be true because it prevents the absolute worst possible governments. However, it also prevents the best forms of government from ever getting a chance because sometimes the best medicines just don’t taste very good and the general public lacks the self-discipline to take such medicine; hence the tendency to euphemistically refer to democracies as “mediocracies.” In addition, in practical experience democracies tend to get captured by the worst forms of special interests; interests which usually demand government money without providing any productivity in return.  At least the powerful business elite who slows growth by arranging to have a monopoly still runs a business and is providing some jobs. You can’t say the same about most entitlements.

The point here is that even though democratic forms of institutional capture are indeed risible, the higher-level phenomenon is here to stay whether anyone likes it or not and that is fine because it is on occasion a good thing. Since neoreaction is in the business of proposing hypothetical high-quality governments, they will need to grapple with building in peaceful mechanisms of institutional capture which can consistently lead to above average governance. Imperial Japan provides a non-democratic example of peaceful institutional capture and at least hints that other mechanisms might exist for the sufficiently imaginative.