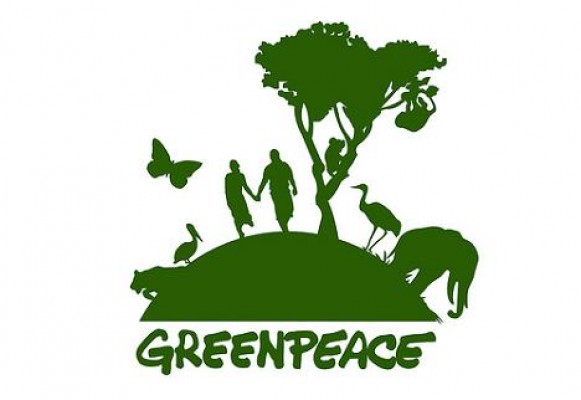 I have a number of posts which I have started minimally, or are just one rough idea in need of ironing out. Usually this happens when I have an idea or event I want to write about but don’t immediately have the time to do so. I then forget about it until I feel it is time to write a post but don’t have anything in mind to write about that very second. Helpfully, these series of proto-posts provide seeds for me to elaborate on. This is why I am writing about an article that came out in March in August.

One of the most surprising things that has happened this year, but is probably under the radar of most people, is that the co-founder of the radical leftist environmental group Green Peace came out as a climate skeptic. Seriously. On climate change, Patrick Moore states:

I am skeptical humans are the main cause of climate change and that it will be catastrophic in the near future. There is no scientific proof of this hypothesis, yet we are told “the debate is over” and “the science is settled.”

I am not sure how much CO2 actually affects the climate and I don’t think climate doomsdayers are justified to be as certain as they are. However, it very well may cause an increase in temperature. I am more willing to give the scientific community the benefit of the doubt on this part of their claim than in other areas which are clearly just examples of Lysenkoism. However, knowing their bad practices in areas such as biological differences among humans does force me to remain somewhat skeptical that what they are saying is actually true. Climate change activists are closely aligned politically and philosophically with human biology deniers after all.

However, for the purposes of this article, I want to forgo debate on whether or not carbon dioxide is increasing the temperature. Rather, I want to just concede that point for the sake of argument and focus on whether or not increasing carbon dioxide is a net benefit or net drain on the environment. The problem with climate environmentalists I really want to address is the claim that it is going to cause some sort of destruction of the whole world and everyone is probably going to die. Read that again:

Climate change is going to cause some sort of destruction of the whole world and everyone is probably going to die.

Doesn’t that just sound crazy to you? Haven’t we always been hearing doomsday prophecies of one sort or another? 2012 came and went with no problems, after all, why should this particular “apocalypse” be any different? It was certainly one of several common themes among various sects of Christianity, and I suspect there is a missing link between those predictions of Armageddon and this current one. The current population most adamant about climate change are the descendents of these Christians, don’t forget and such fearful psychologies may have a biological component.

It is indisputable that CO2 concentrations in the atmosphere are increasing, and the burning of fossil fuels causes some or most of it.  However, CO2 is a natural part of the life cycle. Plants fixate CO2 from the atmosphere in order to grow. RuBisCo is the enzyme which fixes gaseous carbon into simple sugars in plants. This is arguably the single most important enzyme in existence. In addition to plants themselves, all animals and fungi, and most bacteria, are dependent on this enzyme working. It creates the food for those organisms. It also happens to be one of the least efficient enzymes. That is, it doesn’t work very well at doing its job, surprisingly. For one thing, it is very slow. RuBisCo is also capable of catalyzing oxygenation of its substrate rather than fixing a carbon dioxide molecule and it does so at fairly high rates. When oxygenation occurs, the energy is completely wasted because the byproduct isn’t useful for the plant. Moreover, energy has to be expended to reverse the process to make the substrate available for carbon fixation again. Some plants have even evolved special CO2 concentrating mechanisms to try to combat this problem. Increasing the carbon dioxide concentration of the air via burning fossil fuels should make plants better able to use this enzyme because increased concentration of the CO2 substrate increases the enzyme’s efficiency. For example, by increasing the likelihood that CO2 will be fixed rather than oxygen molecules. In other words, the expected result of increased carbon concentrations should be bigger plants, faster growing plants, and/or larger numbers of plants. Both agricultural and wild plants could be expected to benefit from this.

People might argue that these benefits would be more than outweighed by increased temperatures. However, I don’t necessarily think anything bad will come of this even if we get a several degree increase in temperature.  For one thing, there is evidence that times in earth’s history have been hotter than they are today including during the times of the Romans, despite any human induced warming. 66 to 34 million years ago was also warmer than today. So much so that scientists believe there was no polar ice and palm trees and crocodiles existed near the poles. These times did not coincide with mass extinctions or anything else negative to the biosphere as a whole that can be specifically traced to warming; though species certainly died off as has always been true. Most importantly, humans could not have played in role in these drastic climate changes which means it is at least possible humans are playing only a limited role today. Interestingly, there seems to be a positive correlation to warm periods and biological diversity. Overall, more warmth seems to be better for life in general and not worse because more species can thrive during warm periods. Thus concerns about warming are in all likelihood overstated.

One thing I must note is that I do value the environment. I think carbon dioxide and global warming aren’t nearly the threats they are made out to be, but environmental concern overall is not illegitimate outside of that context. Specifically, dumping toxic chemicals in the environment is bad for life and it is bad for people. Moreover, it is bad for quality of life and aesthetics. You can look at China today or western countries in the past to see what kind of problems can result from poor custodianship of the environment. Here are some pictures of toxic rivers in China. The US had a series of river fires (see this video also) which had a large role in fueling the environmentalist movement. Climate change hysteria provides a very profound distraction from things of actual concern, but perhaps that was the plan all along. Though neoreactionaries generally are against progressive climate hysteria (rightfully so), there are other environmental considerations which are real. Just because you are right wing, doesn’t mean you want to live in a pile of trash. In a way, this reminds me of the trike where either the ethno-nationalists or the religio-traditionalists would find themselves in conflict with the techno-commercialists on where to balance economic productivity with less quantifiable measurements of quality of life.