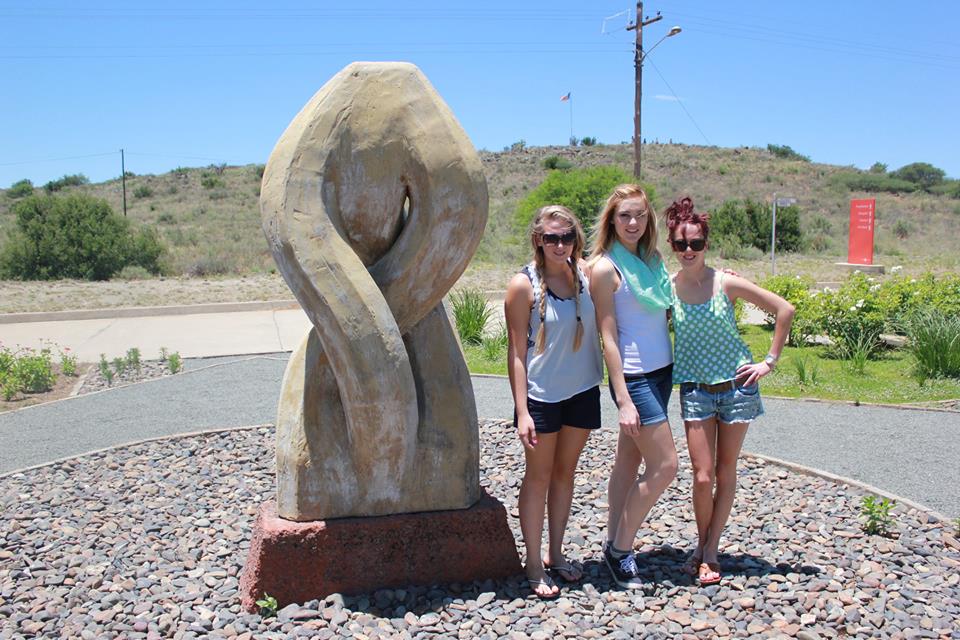 [Please support this site by buying a copy of “Smart and Sexy.” The definitive guide to gender differences in intelligence]

Or at least, its the closest to a real-world example I have heard of.

The all-white town called Orania in South Africa is doing pretty well. Its population has doubled in the last 10 years; not surprising given the politics in South Africa as a whole.

October in Orania can be charming. When the sun sets, long ribbons of burnt orange settle on the horizon. The flies and mosquitoes that come with the summer’s oppressive heat haven’t arrived yet. It is Magdalene Kleynhans’ favourite time of year. “You can sit outside until late into the night,” says the businesswoman, whose family spends much of their time outdoors. Her children fish from the banks of the Orange River whenever they choose. Kleynhans leaves the house unlocked. “It’s a good life. It’s a big privilege.”
…

The town’s doctor, Philip Nothnagel, describes South African cities as “warzones”. He lived in the country’s administrative capital, Pretoria, before he moved to Orania. The 10 months since have been the best of his life, he says.

“It’s the first time in history that a country has been established without a war,” he adds, sporting a Lincolnesque beard after he dressed up as Paul Kruger during recent celebrations of the Boer hero. “It’s like boere [white Afrikaners] Disneyland. Except you never have to go home.”

Vice actually has some additional information on the town from an earlier article:

Some history – in 1991, a small group of intellectual Afrikaners who still bought into the crumbling ideal of whites-only self-determination trekked deep into the interior of the country, and bought up an abandoned old town: a dormitory settlement for the crews who’d been working on a massive irrigation project nearby. It cost them about £290,000, all in.

They soon set about making a house a home. They created their own flag, their own anthem, radio station and bank. On the far side of the town, high on a hill, they fashioned a circle of busts, of the National Party leaders who once ran the country.

Rescued from public buildings readying them for the skip, they now formed a pantheon of remarkable similarity, with their male pattern baldness, their stern drooping jowls, and their biblical double names: Balthazar Johannes Voster, Johannes Gerhardus Strydom, Daniel Francois Malan, Pieter Willem Botha, Hendrik Frensch Verwoerd.
…
The town already has its own currency, the Ora, which features the emblem of the town, a small boy rolling up his sleeves (based on a saying of Dr. H.F. Verwoerd that if the Afrikaners wanted self-determination, they ‘should roll up their sleeves and do it themselves’). This month [July 2018], they’re launching an electronic version: the eOra.

Though ‘currency’ is perhaps pushing it for the Ora, which, deep down, is a voucher, citizens buy them in exchange for Rands, but the rate is pegged at 1:1. Some shops offer a 5% discount for payment by Ora.

Having their own currency is an important step towards sovereignty.

Unsurprisingly, vice hates them. Of course, the guardian hates Orania too:

The reality, however, is a disquieting and entirely white town, littered with old apartheid flags and monuments to the architects of segregation. While there are no rules preventing black people from visiting, those who live nearby fear they would be met with violence.

The Guardian asks itself, “How can we blame Trump for something that started in the early 90s in a different country?”

Afriforum recently met with US president Donald Trump’s administration and Tucker Carlson of Fox Nows to tell them that Afrikaners are facing a widely discredited genocide. Both have made extensive investments in Orania’s construction boom.

The “widely discredited” (by the usual suspects) genocide is a bit more concerning outside fake news echo-chambers.

The Guardian complains that widespread white gun ownership, which keeps the town safe and white is a big problem. They also don’t like when squatters get evicted.

Orania’s founders did not settle on virgin territory, but on the remains of a half-realised 1960s project to build canals and dams along the Orange River. A community of 500 poor black and mixed-race squatters who had made their homes in the buildings left behind by the project stood between the new owners and their whites-only vision.
…
Khumalo still remembers when Orania was a home for black families. The guns carried on the hips of many Oranians, however, have been enough to convince him never to enter the town again.

Those Afrikaners must be crazy, just deciding that not having blacks in their community would make it safer. What a weird desire to have for no reason at all.

The guardian wishes all historically white cities were just as diverse and vibrant as their own London:

War is Peace, Freedom is Slavery, Diversity is Strength

The town itself is governed by what appears to be a joint-stock republic:

Orania is owned by the Vluytjeskraal Aandeleblok (Vluytjeskraal Share Block) company which, together with a series of internally elected bodies, is responsible for the town’s municipal decision making.

People who want to live in Orania buy shares in the Vluytjeskraal Aandeleblok, instead of freehold. The screening of prospective shareholders allows for tight control. Buyers undergo extensive vetting, central to which is their fidelity to Afrikaans language and culture, a commitment to employing only white Afrikaners, and a string of conservative Christian undertakings. Unmarried couples, for instance, cannot live together.

Moldbug proposed a refinement to neocameralism called a joint-stock republic, which avoids [the issue of the widespread popularity of democracy] by replacing ordinary votes with negotiable shares. A joint-stock republic is still arguably a “universal-suffrage democracy,” only with voting according to shares instead of a simple counting of heads. The principle that needs to be abandoned then is not democracy itself—a rather hard sell in this day and age—but the much more weakly held principle of “one person, one vote.”

Let’s start with my ideal world—the world of thousands, preferably even tens of thousands, of neocameralist city-states and ministates, or neostates. The organizations which own and operate these neostates are for-profit sovereign corporations, or sovcorps.
…
We call them sovcorps because they’re sovereign. You are sovereign if you have the power to render any plausible attack on your primary property, by any other sovereign power, unprofitable. In other words, you maintain general deterrence.

The business of a sovcorp is to make money by deterring aggression. Since human aggression is a serious problem, preventing it should be a good business. Moreover, the existence of unprofitable governments in your vicinity is serious cause for concern, because unprofitable governments tend to have strange decision structures and do weird, dangerous things.
….
The joint-stock corporate design [of a sovcorp like orania] solves the central problem by entrusting guardianship in the collective decisions of the corporation’s owners, voting not by head but by percentage of profit received.

The joint-stock model is hundreds of years old. It is as proven as proven can be.

Of course, it is not truly a sovcorp, since it isn’t fully sovereign. Rather, it appears to be protected, for now, by a provision of the South African constitution originally meant to protect various ethnic black tribes:

The town exists at the mercy of the South African constitution. In the early 2000s, a planned remapping of boundaries that would have brought Orania under the control of a democratically elected municipality appeared to spell the end, but the town successfully appealed to the high court using the constitutional rights of the country’s minority cultural groups.

An unintended consequence of leftist legislation. Kind of like when Blacks in the US (sometimes) get prosecuted for hate-crimes. Still, it is an interesting example of something approximate to Moldbug’s neocameralism. It will be interesting to see how successful they are allowed to be before they feel the boot-heel. Or if they would grow enough [or the South African state weakens enough] for them to physically take and enforce their own sovereignty.