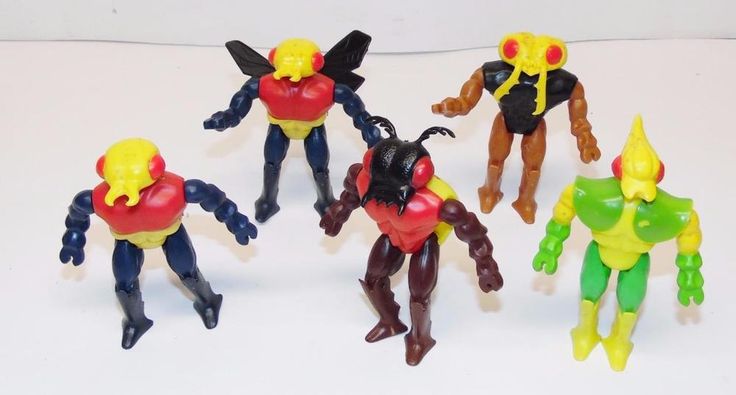 Full details of the suspected reason follow the joining instructions below, but the short version is that the false flag shootings in El Paso were used as an excuse to deplatform a number of right leaning communities, including our rather small and obscure chatrooms on riot.

To join the /r/darkenlightenment chat server, you will need to make a riot account. Riot is a standardized protocol which enables users of different organizations to use the same client to chat with each other. There are a number of organizations you can choose to make an account with. Matrix.org is the main organization, however they have previously banned our rooms for crimethink and are not recommended as going with them may cause you some minor inconvenience in the future. At this time, they could ban your account from viewing our rooms, but they could not ban the rooms themselves. You can create a matrix.org account and download the client or chat in a browser via the following website:

Even if you don’t make a matrix.org account, I still recommend getting the client. However, you can also chat directly through a browser.

Other servers you can create accounts with include:

https://halogen.chat/#/register [what we are currently using for our rooms]

Once you are in the client or its opened in the browser, you will see “rooms” on the left side of the screen. Next to this is a + (plus) symbol. Click on this and a window will pop up asking you to create a new room or join a pre-existing room using a search box. In that search box, copy and paste our room ids below and then join them.

Room IDs are also listed in the description of each room, so after joining one you should be able to click a link at the top of the client/page and join the others.

You can also try looking for the community:

For historical preservation, here is a link to the original announcement on why we would be using riot. and why we had to change to a new set of rooms.

It should be noted that the main reason for using this system is greater security that the rooms can’t be deleted or users banned by the hosts. Even though we had that rough spot with the original rooms and matrix, it was not possible for matrix to completely remove the original rooms and their content. They still exist on other homeservers because users with non-matrix accounts were in the rooms and each room is saved to each users local homeserver. Matrix can delete their copy, but they can’t delete other people’s copy. The content can’t be completely wiped as long as at least one of any number of homeservers doesn’t ban it. The more varied users’ accounts are, the more secure the content is. Switching to the new rooms is primarily because my admin account was on matrix, and I could no longer run the rooms after that account was banned. And also most users were using matrix so we were basically going to have to start over anyway.

Now for my best guess as to why these rooms were banned by riot.

No explanation for the removal was given, but it is obviously related to the recent shootings, especially in El Paso as the manifesto tried to link it to online right-leaning communities.

Considering how the community was pretty small and well behaved, the only thing really setting it apart was our discussion about how the alleged motives of the shooter in El Paso (and Ohio) didn’t make much sense. Well, that and the ongoing pedophilia scandals surrounding Epstein and other elites. We were discussing the possibility that these shootings were not as they seem and were posting various links which suggested as much. Obligatory multiple shooter claims were made in some interviews.

Based on the information that has come out, the main purpose of the shooting (political opportunism being useful but secondary) was to target 8chan and qanon. It was down for awhile after cloudflare terminated their service, came back up briefly, but has since been unavailable (a little over a week at the time of this post). 8chan made an announcement that the manifesto was not posted by the shooter and appeared on (I think) Instagram first anyway. [see also] Hence, false flag.

Additional interesting information is that his father, Bryan Crusius, seems to have been identified and he is some sort of new age/occult psychologist. He was apparently a long-time drug addict.

He has a video with the star of david prominently displayed behind him while he talks about John of god.

John of god is the recently arrested faith healer from Brazil. He was arrested for human trafficking and allegedly keeping breeding stock slave women. They would, allegedly, be used to create babies which could then be sold. John of god was also Bill Clinton’s (and Oprah’s) faith healer.

Bittencourt told the Mirror that Faria shipped babies to at least three continents for as much as £40,000 after luring teenage girls to his emerald mines and farms in Goias and Minas Gerais.
The destitute girls, between the ages of 14 – 18, were allegedly promised food by Faria who then used them as sex slaves and forced them to have his children.

Bittencourt alleges that once they had given birth and the babies sold on for sums ranging from £15,000 to £40,000, Faria would murder the women.

She told the Mirror: ‘Hundreds of girls were enslaved over years, lived on farms in Goias, served as wombs to get pregnant, for their babies to be sold.

‘These girls were murdered after ten years of giving birth. We have got a number of testimonies.’

His 49-year-old daughter told magazine Veja, that under the pretence of mystical treatments her ‘monster’ father abused and raped her between the ages of 10 and 14.

The elderly medium, who has been interviewed by Oprah and has treated Bill Clinton, was pursued after skipping a deadline to hand himself in.

So the shooter was only 2 or 3 degrees away from Bill Clinton.

Sabrina Bittencourt, the woman primarily responsible for facilitating this coming to light about John of God, was latter suicided. Much like Epstein more recently. Two more to add to the Clinton Body Count.

Supposedly, an online profile of the El Paso shooter showed him being a registered democrat, which was changed within hours of the shooting to read republican.

Going back to the shooter’s father, Bryan Crusius; he was apparently a counselor at a Dallas mental health hospital called Timberlawn.

Timberlawn was shut down (or rather, they voluntarily shut down under threat of being officially shut down and fined) for “safety violations.” Or more forthrightly, female patients were getting raped. [see also] Only 15 of 144 beds were filled towards the end of Timberlawn’s operation. Hard to see how they were staying in business.

Bryan Crusius apparently focused on early childhood trauma. Along with his coworker at Timberlawn, Colin A. Ross. Ross is an interesting character. He is apparently an expert on military mind control programs such as MKultra. Besides actively working with children who apparently underwent trauma-based mind control, he has written a number of books on the topic and seems to be given invitations to give speeches on this topic at various colleges.

“Colin A. Ross, an expert on dissociation and trauma-related disorders, will speak on “CIA Mind Control Experiments by American Psychiatrists: Creation of Multiple Personality Disorder in the Manchurian Candidate Programs” on Wednesday, May 2 at 4 p.m. in 227 Herter Hall.

Ross will describe CIA and military mind control experimentation by American psychologists and psychiatrists, including the use of hypnosis, LSD, sensory deprivation and isolation and brain electrode implants, and the creation of “‘Manchurian Candidate’ super spies.”

An internationally known clinician, researcher, author and lecturer, he is the founder and president of the Colin A. Ross Institute for Psychological Trauma, which provides treatment for patients with dissociative identity disorder (multiple personality disorder) and related trauma disorders at Timberlawn Mental Health System of Dallas, Texas.”

There was also some oddities about the Ohio shooting on the same day. I am not going to go into as much detail on this, but it is worth noting he was apparently a far-left antifa sympathizer, Satan-worshiping, Pocahontas fan and was on antidepressants. SSRI antidepressents are seemingly linked to almost all notable mass shootings in the last 2 years. Vox day found some oddities based on his name. And also, how multiple witnesses, beyond all reasonable odds, end up at more than one of these mass shootings. Almost like trusted actors. It is strange, an alleged far right extremist decides to do a mass shooting the exact same day a far left extremist decides to. Quite the odd coincidence. Its almost as if someone would prefer a civil war would erupt rather than certain very bad things about the elite come out.

Substantial credit for a large amount of this research goes to /u/moses600 in his censored research post.

3 Replies to “The /r/darkenlightenment chatrooms have changed due to deplatforming.”