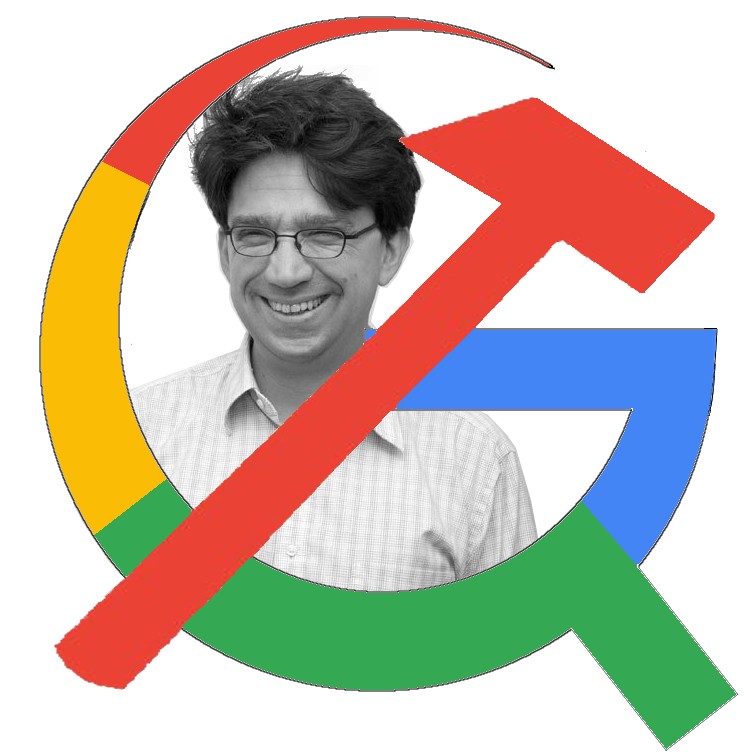 We all know that Google, like other tech companies, is very converged by leftists and SJWs and I have suggested ways to limit the amount of ad revenue the company can get from you by installing an ad blocker. The recent James Damore incident was merely one more checked box for the evidence of near-total, and outrageous, leftist hegemony pretty much everywhere. Nothing surprising for those of us on the dissident right who have been documenting it for years now. The one outstanding feature of the whole enterprise is its unrelenting monotony.  The pattern is so unwavering that I have even been forced to completely reconsider the nature of leftist intransigence as a mostly spiritual/moral problem rather than strictly or even primarily a facts problem. Since starting in neoreaction I had always known there was some spiritual character to leftism, but I had naively and optimistically hoped that some substantial portion was more fact related. It is now clear to me that lack of knowledge or availability of facts has little or nothing to do with the issue, unfortunately.

Anyway, it seems the James Damore has launched a class-action lawsuit against Google for their (obvious) discrimination against whites, males, and conservatives. Interestingly, as evidence for the truth of this assertion, they highlighted an internal Google email which indicated Curtis Yarvin, or Mencius Moldbug, the prolific blogger and founder of neoreaction was blacklisted by Google. There was, apparently, an incident in the past where Curtis had met with a Google employee and triggered this blacklist. The response of which was to find Yarvin and kick him off the Google campus. Pretty draconian stuff. Here is a screenshot of the lawsuit document: 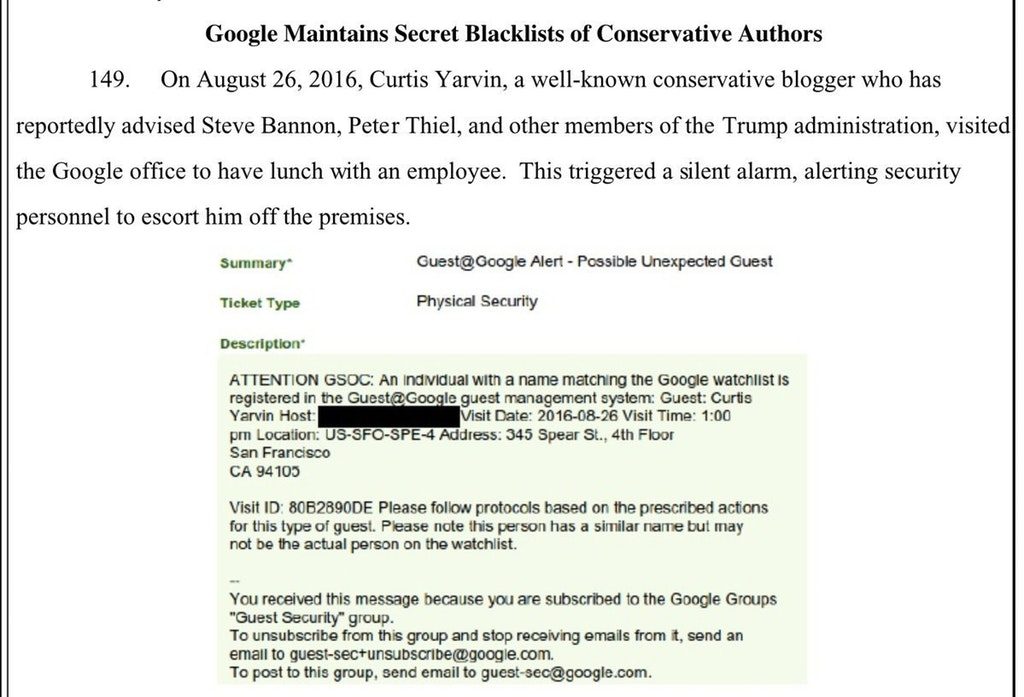 Moldbug is so toxic to google he can’t have lunch with a friend and employee of google. Wild, wild stuff. And also yet more notoriety for Curtis. Well, they say there is no such thing as bad publicity and yet more people will be made aware of neoreaction thanks to this.

Notice how he was described as a conservative. I am looking forward to the day when lawyers argue in front of a judge whether not he is just “conservative” or something more… By a quite loose interpretation I suppose it is true, but as we know there is a lot more nuance to neoreaction. Either way, lawyers arguing about it while trying to crap on google promises to make the popcorn tasty.

It does seem to me, however, that leftists have been with increasing acceleration losing the culture war despite their dominant institutional position and hegemony. As that continues we can expect ever escalating actions and measures by the cathedral as they attempt to hold the ground they have forcefully and illegitimately taken. It is going to get worse before it gets better. We must have all done something horrible in a past life and been cursed because we are definitely living in interesting times…

You can read the whole lawsuit document here, the above screenshot is taken from page 36.