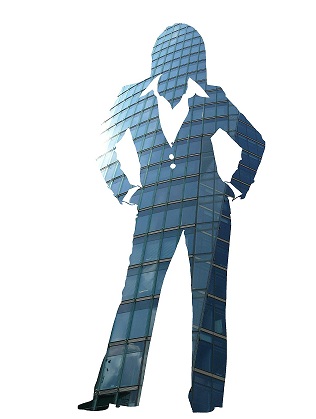 Diverting the most capable women away from reproduction is dysgenic

A large variety of research and common experience has made clear that cognitive and physical sexual dimorphism already exists, hence the tendency of men to outperform in areas necessary for productive labor including physical strength, mathematics, and mechanical or scientific reasoning. It is also apparent in the difference between men and women in cranial capacity. Males average between 100 and 200 cubic centimeter larger capacity depending on the methods used in a given study. This study found an average of 123 cubic centimeter difference favoring males on average, but also found a lot of variation for both genders. Larger cranial capacity correlates well with higher intelligence and as a group men tend to have larger brains.

Income, which is a decent proxy for intelligence, correlates heavily with childlessness. Importantly, the correlation goes in the opposite direction for men than it does for women. High income men are much less likely to be childless, whereas high earning women are with even greater probability much more likely to be childless. In biology, this contradictory relation between intelligence and fertility would be described as a sexually antagonistic trait because it increases reproductive fitness of one sex (males) and decreases it in the other (females). As such, these genes are under conflicting selection pressures as they pass between genders over the course of multiple generations. This creates a large incentive to evolve sexually dimorphic expression patterns which can silence or diminish expression of intelligence genes in females while allowing the same genes to be turned on in males. Intelligence being a sexually dimorphic trait is parsimoniously explained by its divergent consequences to fertility depending on gender.

The lesson here is clear. The huge direct costs, opportunity costs, and the inefficiencies created from reserving jobs for women that they aren’t biologically suited for aren’t just unaffordable. Diverting women away from motherhood disproportionately and negatively impacts the fertility of the the most intelligent women; the most intelligent women being the ones most likely to be capable of successful careers and high incomes. Any policy or culture that prioritizes pushing women into the workforce does so at the expense of motherhood among the natural aristocracy and is by its nature dysgenic. The result in the short term is decreasing the average intelligence of the population and greatly exaggerated sexual dimorphism favoring male intelligence in the long run. Traditional environments (patriarchy) minimized the shredding of intelligence traits that passed through women to some degree by prioritizing reproduction even for capable women. If the current environment doesn’t send humanity back to the stone age first, then it will likely create a version of humanity of very smart men and dumb women as mechanisms evolve to safeguard intelligence genes while they temporarily pass through females. Lameness of mind will be protective against a loss in fertility for women and income potential that can only result from intelligence being indispensable for male fertility will also be preserved. The selection pressures set up by feminists will ironically create a population of feeble minded women. This is of course assuming that civilization is somehow able to maintain itself long enough and the current pattern of abysmal fertility in intelligent women holds. However, it is in no way clear that this is the case. So insidious are the effects of deprioritizing motherhood that any culture who implements them is patently suicidal.

The drop of fertility rates across the west and the concomitant decline in western civilization that will result can be blamed to a significant extent on the misallocation of life priorities among western women by their own poor choices and at the irresponsible prodding of the progressive culture. The future belongs to those who show up. Humanity as a whole will return to traditional gender roles because the groups where women prioritize motherhood will displace the cultures who don’t through demographic increase and eventual subjugation.

The real question is whether or not the west will have a place in that future. The west can either accept that harsh biological reality has allotted motherhood as the primary raison d’etre of women, or it can be displaced by less advanced and less benevolent cultures who haven’t forgotten that reality. Considering that it was the people and culture of the west who almost single-handedly brought humanity into the modern age, the loss of the western races and subsequently western culture would be a very sore blow not only to those people, but to humanity generally. The only morality is civilization, and unfortunately the unpleasant truth is that significant female enfranchisement is dysgenic and destroys civilization. Since prioritizing anything but motherhood for women works against civilization, it is by definition immoral and any sane polity will take every necessary step to minimize women, and especially intelligent women, from making anything other than motherhood the primary devotion of their life.

To preserve western culture, motherhood in a patriarchal context must be reinstated. It is often complained that such an arrangement is more unfair to women. In reality, the demands the patriarchal system makes on men are and always have been much more challenging than those it makes on women, as is evidenced by the 5-7 years shorter life expectancy for men. Men will accept this high price since the patriarchal system is the only way that the legitimacy of their children can be guaranteed. Far from being unfair to women, the advantages to women of sacrificing careers and promiscuity are many and include a guarantee of male attention and provisioning into old age.

Moreover, making motherhood the primary devotion of women’s lives does not mean the only devotion. Modern technology created by men greatly decreases the necessary housekeeping efforts required to maintain a home and advances in robotics will likely continue this trend. As such, Women will be afforded much opportunity and freedom to pursue virtually any interest once the necessary child rearing duties are performed. Some care will need to be taken by neopatriarchs to guarantee that there is ample opportunity for women to find meaning and purpose in their lives once their motherly responsibilities are complete. For the most part this is likely a spiritual question, however aesthetics and culture also seem like especially likely candidates for pursuit. What can’t be neglected or forgotten is that the environment that gave birth to modern dysgenic feminism was a large population of idle housewives and their relatively weak husbands. Women have an innate tendency to organize and then collectively nag and otherwise agitate for various ill-conceived reforms when they have nothing better to do. Feminism is only the most destructive consequence of this tendency. The temperance movement is another example. More productive outlets for this energy will have to be found.

And of course, the least appreciated advantage to women as a population is the partial protection of intelligence traits which prevents run-away increases in sexual dimorphism and further depression of female cognitive ability.

5 Replies to “Career women are dysgenic”