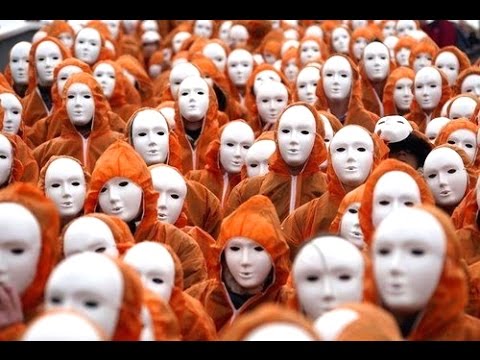 This is a case reminiscent of both Epstein’s first arrest, as well as other examples like Pizzagate, Franklin, Nebraska and the Detroux case in Belgium where evidence of a larger network is substantial. But inexplicably investigators get told things like Epstein “belongs to intelligence” and the investigation stops before it ever gets started.

Some background is provided here:

Official US Customs investigation reports which have been completely authenticated by the investigating officers who wrote them and by a well respected investigator who personally knows these Customs officials are irrefutable evidence that:

1. A case of obvious child neglect/abuse involving child pedophile sexual abuse/child pornography/Satanic cult ritualistic abuse wherein the perpetrators were caught directly in the act by law enforcement, arrested on the basis of irrefutable evidence at the scene, and faced serious charges which typically bring sentences of decades in prison.


2. Search warrants were obtained for the “Finders” cult office in Washington, DC and a complete search was enacted by law enforcement which provided irrefutable pictures, movies and documents of such abuse/neglect evidence and access to the confidential arrest reports on the “Finders” cult from the arrests in Tallahassee which occurred only a day earlier (suggesting very high level connections to US intelligence in and of itself.

4. Any and all investigation of the “Finders” was immediately stopped, all evidence was supressed and denied, and the abused children were released back to the adult perpetrators who had been arrested “in the act” and the CIA resumed its ongoing covert operation of the “Finders” cult which is used to procure and produce. The story of the Finders cult is the story of the development of child/assets to be used to entrap politicians, diplomats; corporate and law enforcement officials; to sell child/victims to wealthy perverts to raise money for covert operations, to train some of the child/victims to be professional operatives and assassins of a totally cold, multiple personality, mind control nature.

The following two books focus on the Franklin scandal, but they do also address “the finders” which happened not too long after and “The Franklin scandal” has testimony from US customs special agent Ramon Martinez:

On Friday, 2/6/87, I met Detective Bradley at the warehouse on 4th Street, N.E. I duly advised my acting group supervisor, SS/A Don Bludworth. I was again granted unlimited access to the premises. I was able to observe numerous documents which described explicit sexual conduct between the members of the community known as Finders. I also saw a large collection of photographs of unidentified persons. Some of the photographs were nudes, believed to be of members of the Finders. There were numerous photos of children, some nude, at least one of which was a photo of a child “on display” and appearing to accent the child’s genitals. I was only able to examine a very small amount of the photos at this time. However, one of the officers presented me with a photo album for my review. The album contained a series of photos of adults and children dressed in white sheets participating in a “blood ritual.” The ritual centered around the execution of at least two goats. The photos portrayed the execution, disembowelment, skinning and dismemberment of the goats at the hands of the children. This included the removal of the testes of a male goat, the discovery of a female goat’s “womb” and the “baby goats” inside the womb, and the presentation of a goat’s head to one of the children.

Anonymous Conservative provides a helpful summary of the specific document highlighted by the official FBI account in his Daily briefs report for October 26th. [Which I recommend because he covers a lot of interesting articles each day. I have helpfully provided two RSS feeds which keeps track of his posts and other right wing bloggers.]

A summary for those who are not about to dig through the whole file on the Finders group – a cult which Police stumbled on which seemed to be trafficking children – FBI was specifically trying to look into what role US Intelligence was playing in the group. One page says an FBI special agent found computers of the Finders which contained a lot of information on how to “acquire children for unspecified purposes.” The quoted phrase is underlined with a question mark by somebody. It adds the methods were impregnation of females in the group, buying, trading, and kidnapping children. Then as it went on there were a whole load of redactions. Notice the prosecutors declined prosecution, probably after they were told the group “belonged to intelligence,” like Epstein. Later it says a Police Sergeant who was involved and subsequently died, was told by “a” redacted term (presumably job descriptor from the syntax, like “CIA Officer”) to back off because of a redacted reason. The subsequent redaction in parenthesis, could have looked like “Allegedly, (it was a CIA operation)” There were descriptions of a sizable tunnel complex under what it appears was a Finders Facility set up as a school, similar to Epstein’s Island, complete with plastic plates that had Pentagrams drawn on them and lots of animal bones (page 49). The group’s location had previously been involved in an investigation into the group getting classified maps of tunnels and sewer systems of DC (page 52) (That might have been the only way to do kidnappings and other crimes in DC and avoid surveillance back then). Another page notes US Customs altered how it was organized, folding the Child Pornography division into another, while it assured everyone it would not affect arrest rates. But after it did, arrests dropped dramatically (page 47). It feels like an agent tossed this page in here with the Finders file for a reason. Page 53 notes that a redaction which looks like (CIA) contacted the PD and ordered that everything about Finders be classified Secret, restricted, and that nothing be turned over to FBI. It also notes the children were turned over to people “claiming” to be their parents, which would indicate it was done without confirming who they were. The Finders also “gathered information for people or companies” (page 58). One 21 year CIA Officer named Isabelle Pettie was a former member of the group (page 66), she had supposedly died (page 68), she may have been one of three founding members, given there is a redaction which indicates it began as a women’s networking service and one of the three female founder’s names was redacted later on (page 288), and one conclusion of the PD investigation was the Finders was a CIA operation (page 67) (the group’s leader at one point was a male named Marion David Pettie, though I do not know his relation to Isabelle). Also a member of the group had traveled to prohibited countries in a way only CIA could have facilitated (page 68). One witness made allegations of child abuse, satanic worship, and “computer chips” being implanted in children’s heads, and that it went to the highest levels of government, and nobody could be trusted (page 212). Later it contains a document asking for a search of records for a company called “Advanced Cybernetic Technology” and “General Scientific Corporation,” indicating the Finders may have been trying to infiltrate those companies, and I wonder if they were trying to do some sort of research project on kids (page 307). Finders had traveled to Moscow, North Korea, and North Vietnam, from the late 1950’s to the 1970’s, and the local PD report was Classified and was not available to the FBI (page 227). The initial Finders children who Police found stated they were on their way to Mexico (page 243). Although heavily redacted, when they did a raid, one Special Agent saw certain documents that would have been important but was redacted, and they disappeared between the execution of the warrants and the processing of evidence, so one or more of the Law Enforcement Officers involved in the warrant execution were there scooping up any problematic items or documents and disappearing them on the spot (264-265). That is the Secret Society, and even tightly knit groups, with a purpose they are supposed to all be dedicated to, together, like cops and FBI Agents, have them infiltrated among their ranks, and working against their organizations, despite the very real consequences which would arise if they were ever uncovered. And mark my words, there were cops and FBI agents in those groups who, though they were in a field which should have known how the world worked, would not have believed the truth if you told it to them. If you are not raised with the secret society, the ultimate reality is too weird for you to process easily. Also, a white male associated with the case drew the attention of Virginia State Police and Military Intelligence ran surveillance on him in the US in support for the Police investigation (page 278).

Why would the FBI decide to point us to this now? Is the storm coming? I would think so, but how much longer will we have to wait?

Update: Here is a twitter thread which goes through the document:

You can see the file below:

4 Replies to “Official FBI twitter account draws attention to “The Finders” child sexual exploitation cult which engaged in satanic ritual abuse and may have had ties to the CIA.”