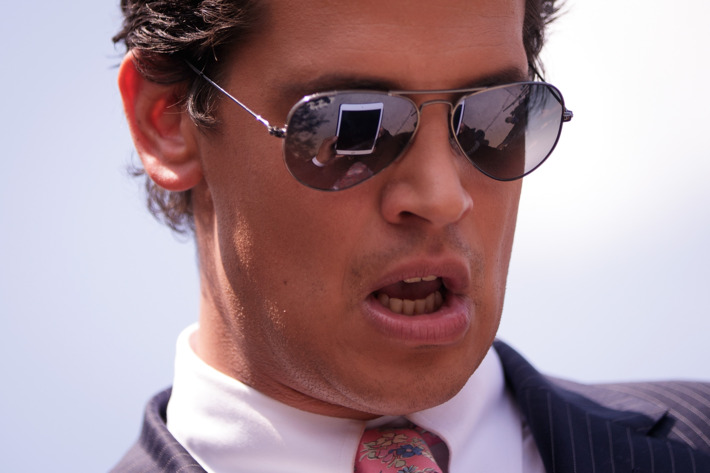 Recently Buzzfeed released an article in which they claimed to have access to many of Milo Yiannopolous’ emails, some of which they published. I am not sure why they wouldn’t make the whole cache available unless their intention is to only release out of context discussions which emphasize making Milo et al look bad without accidentally releasing anything which might make them look good. Or maybe they want to blackmail some people who interacted with him, but it isn’t currently known. Knowing Buzzfeed, that probably is the kind of intentions they have actually. Of interest is that Moldbug and Milo had some conversations which were released which I will discuss in the second half of this post.

First, I want to talk about BuzzFeed. It is a horrible progressive rag that is very gossipy and dung slinging. And sensationalist. For example, the article revealed there are “sleeper agents” at these media companies who are just as sick of this nonsense as we are, even if they can’t say so publicly. The ones revealed will probably get fired. You should read the original article if you want more details about that. I recommend you do, actually, because I am not going to rehash the whole thing and all the associations and discussions had between these alt-right figures. I do strongly dislike such magazines which is why they aren’t getting a direct link. Publishing private emails in this way is obviously dirty. However, I cheered for it when it was happening to the DNC so I can’t get too worked up about it. I tend to prefer as much transparency as possible and more is better than less even if the source is disreputable.

For the most part, I don’t think the revelations are particularly bad. If anything I think Milo comes out looking better to his base because it actually lends some credibility to him actually working closely with the real alt-right. Leftists still hate him and not much more than they already did. Whoopty do. It is hard to say how moderate cucks feel, but who cares. They need to choose a side and this is a good catalyst to that effect. Hopefully, they will pick their own. Read the whole article for details, but the following description of Milo’s associations are accurate if these emails are legitimate:

Of course, it’s unlikely that any of these journalists or editors could have known about Yiannopoulos’s relationship with [Devin] Saucier, about his attempts to defend gas chamber jokes in Breitbart, or about how he tried to put Weev on his podcast.

Nor could they have known about the night of April 2, 2016, which Yiannopoulos spent at the One Nostalgia Tavern in Dallas, belting out a karaoke rendition of “America the Beautiful” in front of a crowd of “sieg heil”-ing admirers, including Richard Spencer.

My longstanding opinion about Milo went something like this:

Milo was always an alt-lite guy. In it to expand his own ego. While some of what he produced was probably useful, there is a lot not to like about him. I don’t think any of this here is surprising. Most of whom could see through the scheme by milo to enrich himself on the dissident right. That he used ghostwriters mostly isn’t really surprising. He is a brand, nothing more.

However, after reading this article I have to reconsider my position. First, I do not nor have I ever thought he was associated with neoreaction in any way and this article has not changed my mind. Some emails back and forth to Moldbug doesn’t change that. Though I don’t care for the hitlarper humor, I would say that is part of the alt-right and Milo’s tolerance of it should give him some credit with that particular faction and/or he should perhaps lose credit with the alt-lite.  So I guess I may need to take the above opinion back. He seems to be more legitimately alt-right than previously thought.

I still think that part about being mainly a brand is true though. The biggest revelation and the most damaging to Milo’s credibility is that he has not and doesn’t write most of his own material. “Allum Bokhari, his deputy, and frequent ghostwriter” actually deserves most or all of the credit for the Milo articles because he was clearly the brains behind the writing. Milo mainly did social networking, provided provocative sensationalism, and basically worked on a personality cult. I hesitate to criticize this role too much because clearly, it allowed for the much wider spread of dissident thought then otherwise would have occurred. In short, it worked. If something works, then it has some merit. Obviously, though, I find it strongly distasteful when individuals form personality cults around themselves and when they pass off others’ work as their own intellectual accomplishments. Strangely enough, Buzzfeed glossed over this obviously damning aspect of Milo’s popularity to focus on what I believe is inconsequential personal associations and tired “HURR, DURR, UR A NAZI!!!1” rhetoric.

Either way, I tend to look very favorably on Breitbart providing a somewhat mainstream alternative to the progressive narrative which includes aspects, if watered down, of dissident right thought. It does potentially enable a lot more people to discover and learn about the dissident right.

One interesting thing is that Mencius Moldbug, or Curtis Yarvin, had some of his personal correspondences leaked. I don’t believe anything here was particularly damning and everything seems to be consistent with his previous writings.

Yarvin in characteristically sweeping world-historical assertions (“It’s no secret that North America contains many distinct cultural/ethnic communities. This is not optimal, but with a competent king it’s not a huge problem either”)

Very true, a strong king could use his authority to make everyone get along especially by rigorously combating criminal behavior of the more troublesome groups. A good king would make sure there was no anarcho-tyranny.

Previously, I wrote about a potential connection between the Trump administration and neoreaction through Moldbug:

Peter Thiel, a major backer of Neoreaction founder Curtis Yarvin’s (Moldbug’s) Urbit project, gets a seat right next to Donald Trump at a tech company meeting with the president-elect. See above picture. Thiel has been a supporter of Trump for some time and even gave a speech for him in October. And before that at the Republican national convention. He is also more or less an official advisor of Trump.

The BuzzFeed seems to confirm this connection in the released emails:

Yiannopoulos also had a private relationship with the venture capitalist Peter Thiel, though he was more circumspect than some other correspondents. After turning down an appearance on Yiannopoulos’s podcast in May 2016 (Thiel: “Let’s just get coffee and take things from there”), Thiel invited the Breitbart tech editor for dinner at his Hollywood Hills home in June, a dinner Yiannopoulos boasted of the same night to Bannon: “You two should meet. … An obvious candidate for movie financing if we got external. … He has fucked [Gawker Media founder Nick] Denton & Gawker so many ways it brought a tear to my eye.” They made plans to meet during the July Republican National Convention. But much of Yiannopoulos’s knowledge of Thiel seemed to come secondhand from other right-wing activists, as well as Curtis Yarvin, the blogger who advocates the return of feudalism. In an email exchange shortly after the election, Yarvin told Yiannopoulos that he had been “coaching Thiel.”

“Peter needs guidance on politics for sure,” Yiannopoulos responded.

“Less than you might think!” Yarvin wrote back. “I watched the election at his house, I think my hangover lasted into Tuesday. He’s fully enlightened, just plays it very carefully.”

When I read that I couldn’t help but go WOW. It does seem that the work of neoreaction in trying to change culture has had some positive impacts. I mean, a close confidante of the founder of neoreaction is in a direct advisory role to the president. The left looks at this as the end of the world, but damn if it isn’t hopeful for reaction and some proof that all this writing that has been done has actually amounted to something. Kudos to all the people who tirelessly worked at this often seemingly hopeless slog. It turns out you can make a difference after all. At least, you can bring about the early stages of change.

“Protip on handling the endless tide of 1488 scum,” Curtis Yarvin, the neoreactionary thinker, wrote to Yiannopoulos in November 2015. (“1488” is a ubiquitous white supremacist slogan; “88” stands for “Heil Hitler.”) “Deal with them the way some perfectly tailored high-communist NYT reporter handles a herd of greasy anarchist hippies. Patronizing contempt. Your heart is in the right place, young lady, now get a shower and shave those pits. The liberal doesn’t purge the communist because he hates communism, he purges the communist because the communist is a public embarrassment to him. … It’s not that he sees enemies to the left, just that he sees losers to the left, and losers rub off.”

There are a lot of hitlarpers who are going to balk at this, but it is basically true. First, it reaffirms the principle of no enemies to the right(ish). The NYT communist doesn’t write public articles condemning dirty hippies, and the intellectual right shouldn’t waste time writing public articles denouncing hitlarpers.  Obnoxious hitlarping is, in fact, very annoying  (kind of like smelly hippies) and turns most people off. Even to those who recognize outsized Jewish influence in, say, the media for one example. Right or wrong, they come off as low-wit, irrationally angry buffoons. This is why I have very strong rules about civility in my subreddit. I don’t want the hitlarpers discussing important issues like morons and chasing everyone away.

3 Replies to “Milo, Neoreaction, and the Alt-Right”