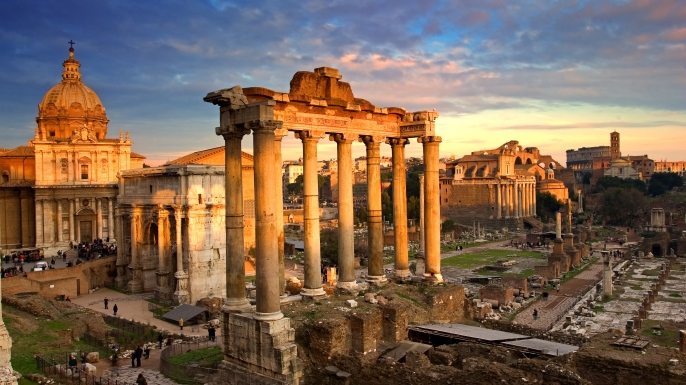 The British and American spelling of civilization is different…  Anyway, when I first started /r/darkenlightenment a few years ago one of the earlier posts I made was a youtube link compilation of the thirteen episodes of Kenneth Clark’s Civilisation series. Civilisation focuses on the changes in Western philosophy, art, and architecture since the dark ages. It was well received and appreciated at the time (both my posting and its original airing), so I thought it would be helpful to repost the compilation again here at my blog. The artificially enforced hatred of Western history and culture is a relatively recent phenomenon and, being released in 1969, this series predates the mainstreaming of this attitude. As such, it is actually pretty good because it genuinely appreciates the accomplishments and virtues that the west does, or did, indeed possess. Please do watch it if you are looking for quality alternatives to the trash they put out today.

In addition, I know of three other series which I believe are equally good. In fact, I like them a bit better, but consider that to be a personal preference rather than a discrepancy in quality. I plan on posting link compilations to those in the next week or two, so stay tuned. If you have a suggestion for additional documentary series which need a link list, please let me know and I very likely will create it if it is that good.

As you know, these sorts of things often get taken down so if you notice at some future time that one of the links is broken please let me know so I can fix it. Chances are I won’t immediately notice a broken link on this page so doing this would be very helpful. You can leave a comment at the bottom of the page or message me on Reddit, gab, or twitter.

Edit: As a side note, it seems the BBC decided to shit on the memory of this excellent series by making a multicult progressive remake.

Episode 1: The skin of our teeth

Episode 4: The measure of all things

Episode 5: The hero as artist

Episode 8: The light of experience

Episode 9: The Pursuit of happiness

Episode 10: The smile of reason

Episode 11: The worship of nature

Episode 12: The fallacies of hope