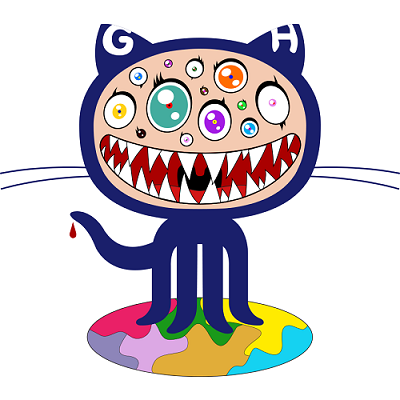 In a return to what I believe, if I recall correctly, was my most popular post since starting this blog, it seems that GitHub is up to more extremely annoying Cultural Marxism. For those who don’t know what GitHub does, it hosts servers and a platform for programmers to share and work on open source software for any number of applications. The contributors are not paid  for their efforts or their code. They are doing it because they enjoy working on cool projects and because they think their work will make the internet, and thus the world, better. It is a very selfless endeavor. It is also inherently meritocratic because you can work behind a screen name and never reveal your real name, your race or your gender. The result is that it is almost entirely populated by white (and possibly northeast Asian and Indian) males since they are the main ones with both interest and talent.

Previously, GitHub had set an official, yet optional (for now) code of conduct which was obviously designed to disenfranchise white males:

Our open source community prioritizes marginalized people’s safety over privileged people’s comfort. We will not act on complaints regarding:

On which I commented the following (and more) in the first link:

There are two things that really strike me about the above text. One, the main and largest demographic of this all-volunteer community (white men) is the one that these SJW entryists are going out of their way to define as second class citizens. They are telling them point blank that hating white men is allowed and they aren’t going to do anything about it when someone comments in this way. Even though these guys are freely giving away their time and effort, they still aren’t above being the officially sanctioned object of hatred. Two, if those same white men wanted to have some way to defend themselves from false SJW allegations, they are officially disallowed from doing so. They are banned from making SJWs defend their faith in “social justice,” logic need not apply. In addition, when they are accused of some -ism falsely, official channels will not address the slander in any way. They just have to take it. Sounds like a good community to be part of, right?

Continuing along this path of idiocy, they set up a conference called electronconf (original announcement), which is meant to be about discussing how to set up cross platform compatibility and then postponed it (read: canceled) for the typical SJW reasons. Like I said in my previous post, I am no tech expert, but I believe electron is supposed to allow you to design software which can work equally well on windows, mac, and linux computers. Tech heads, forgive me if I didn’t get that quite right. Here is the announcement GitHub gave on the conference site:

We published a list of speakers that does not reflect the standards to which we hold ourselves. We will be postponing this event until we can deliver a more diverse slate of speakers.

/r/javascript has been talking about it, and apparently any mention of the “postponement” has been removed from /r/technology and /r/programming by resident SJWs. In brief, there was a blind submission process to be a speaker and the unexceptional result was that the best submissions were made by white males.

Submissions will be initially blind reviewed by a panel of GitHub employees from a range of departments and backgrounds. Speaker information will be used in any final reviews necessary to break ties and bring a balance to the speaking line-up. Final selections should be complete by June 6, 2017.

Since a blind submission process is inherently meritocratic, it is of little surprise that most or all of the speakers would be white and male. My impression from commenters in /r/javascript is that this move has more to do with gender than race, given the fact that many Indians (dot, not feather) and northeast Asians can also be competent coders; if they are male. However, a lack of black, mestizo, and other low-performing minorities could be playing a role in the decision as well. The SJWs, this time, were too naive about the biological realities behind ability that they allowed a selection process to occur which would actually select the best and thus provide a negation of their faith in diversity and egalitarianism.

If I were to guess what happened, the selection crew were ambivalent about diversity and when it didn’t work out as expected in the perfect SJW fantasy they passed the results along as is without much thought. Meritocracy is good even if it isn’t perfectly progressive, right? Later on a true believer saw the results, rallied the rest of the no talent hacks in GitHub’s diversity departments, and successfully lobbied to get the conference “postponed.” This is why every organization needs a very strong immune system against leftists.