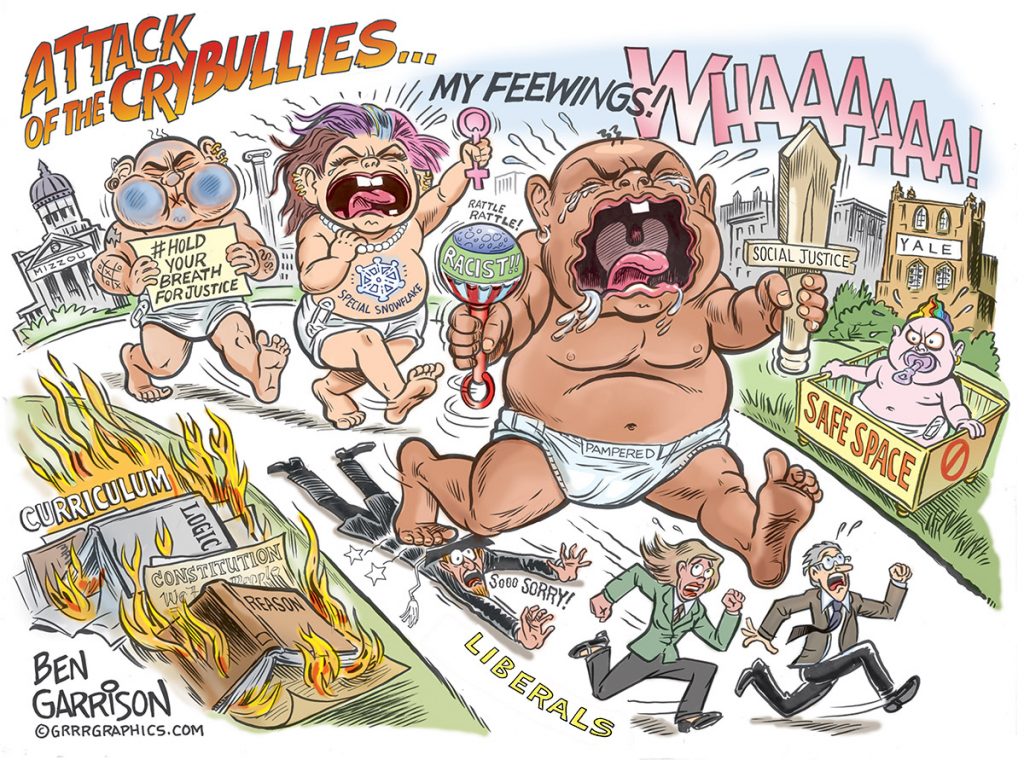 [Link to image creator, visit his site. Its great]

I found an interesting article from The Atlantic (ya, I know, but this one was alright). It wonders why there are no conservative comedians. As is typical, they don’t come anywhere close to understanding the problem of telling jokes from a conservative standpoint. Leftists truly do not appear to understand themselves and how they act.

In the dark enligtenment, we have analyzed this problem more broadly and the main reason is that leftists effectively engage in shaming tactics, mainly through the use of ad hominem. Rather than address a given topic in good faith, they silence ideological opponents through these tactics. “Racism,” “sexism,” “homophobia,” and all the rest of leftist ad hominems are used not because they are intrinsically true descriptions of the person, but because they can get the leftist a rhetorical “win” without actually having to justify themselves or understand that there may be negative consequences of their beliefs.

Leftist ideology has engaged in enough entryism in corporations and government that these shaming tactics can be further enforced through harming a person at their job and even prevent them from getting future jobs. Often people get fired.

Within this context, conservatives are understandably leery about joking about welfare queens, minorities, homosexuals or any of the other protected classes in society. Doing so can have drastic negative consequences for them. When leftists do things objectively far worse than making a comment, they usually face no negative consequences whatsoever. Often their outrageous demands are accommodated, and if not, then their social “justice” activism may at least be rewarded by increased status among other leftists.

The culture is asymmetrical and it does not favor the right. Even the article clearly shows why conservatives must opt for aggression and confrontational attitudes if they are going to say anything. When Rush Limbaugh made a joke about some slut, hordes of leftists came out of the woodwork to use shaming tactics (i.e., “You’re an evil misogynist!”) to silence him. If you want to engage in any sort of public dialogue, therefore, you must do it from a position of dominance and assertion. Jokes require the audience to assent to the topic. If the audience won’t let you make a joke, you can’t make a joke. Assertive and dominant dialogue requires equaling the challenge or silence; feminine displays of emotion are much less effective against this fundamentally masculine mode of discourse. The red pill talks about this dynamic all the time when discussing what it means to act alpha, and why it is so important to do so. The only option for conservatives is to engage their topics and audience from a position of alpha authority because there are so many leftists they can never hope to get much assent.

2 Replies to “Why are there no conservative comedians?”