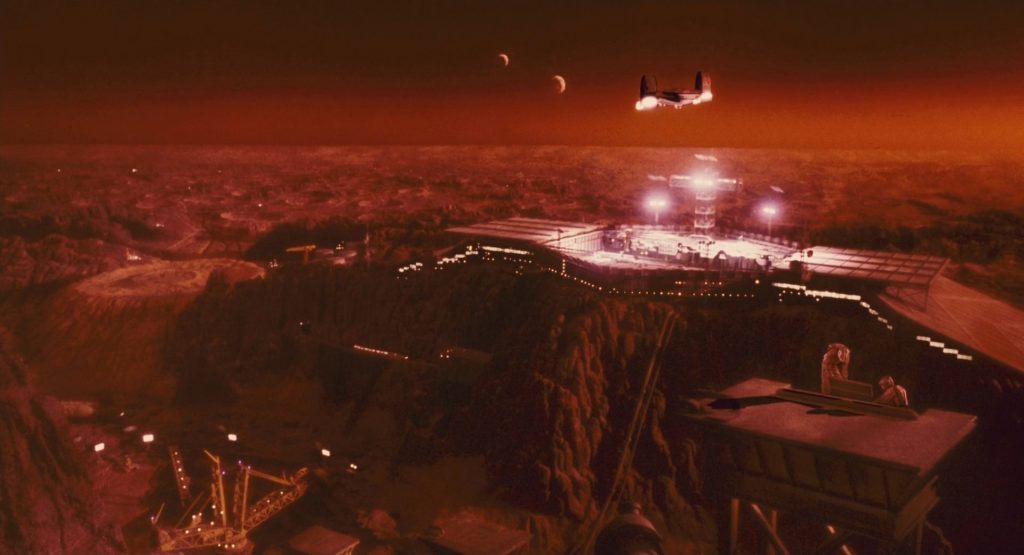 Well, that is an awkward title, I will admit. But mainstream media outlets, including the Washington Post, have felt the need to deny this claim publicly after it was made in an Alex Jones interview with a man named Robert David Steele.

Click here for the full interview between Jones and Steele.

Normally I wouldn’t have paid any attention to this. But for the mainstream media to feel the need to report a denial on it, ostensibly as an attack on Trump for giving Jones white house press credentials, causes some issues. I, as well as many others I’m sure, have set up a heuristic about anything reported by the mainstream media. 90% (or whatever) of the stuff the mainstream media reports is bullshit and the opposite of their positions and claims is thus likely to be true 90% of the time (or whatever). To use the heuristic in this case, however, requires accepting that in fact there are Martian colonies with child slaves in them. What the hell is going on here?

I think it is a well established fact that the media lies all the time, and they collude to make sure everyone gets their story straight. They claim things are true that aren’t, like the Russian interference with the election and collusion with the Trump administration. They lie by omission, like how they didn’t report on the race (black) of the perpetrators (and victims) of shootings in Chicago this fourth of July which left 6 dead and dozens wounded. And they lie by claiming true things aren’t, like child slaves on Mars?

What makes this even more interesting is that Mr. Steele’s credentials, if accurate, are close to being impeccable.  If anyone was going to know about clandestine deep state programs on this planet or elsewhere, it would be a man like Mr. Steele.

From 1975 to 1979, he served in the United States Marine Corps as an officer variously assigned to infantry, ground intelligence and security/personnel duties in Colombia, El Salvador, Japan, South Korea, Mexico, Panama and the Philippines. Following his service obligation, he remained in the Marine Forces Reserve until 1996 as an adjunct faculty member at Marine Corps University and developer of the Marine Corps Master Intelligence Plan, ultimately attaining the rank of major.

In 1979, he joined the Central Intelligence Agency as an operations officer. During three tours overseas focused on extremist and terrorist targets in Latin America, Steele recruited 25 traitors and managed over 100 clandestine assets. Hand-picked to pioneer advanced information technology for the Agency, he was a member of the Advanced Information Processing & Analysis Steering Group and the Advanced Program & Evaluation Group. During this period, he received a second master’s degree in public administration in 1987 from the University of Oklahoma, where he completed a thesis on strategic and tactical national security information management and was elected to Pi Alpha Alpha. He resigned from the CIA in 1988 to accept an invitation from the Marine Corps to establish the Marine Corps Intelligence Center as a GM-14 civil servant, where he remained until 1993. Steele also received a professional certificate in defense studies from the Naval War College in 1990.

Curiously, the Washington Post did not bother even bringing up these credentials in the article, let alone attempt to debunk them. If I were writing a denial article, I would consider targeting and disproving claims of military and intelligence service by the claimant to be a high priority. Remember, Jones didn’t make these claims. He was just doing the interview. The veracity of the claims hinge entirely on the testimony of Steele so he should be the main target of the article, not Jones. Of course, that is not how the article is written. Hmm….

In addition, they also hand-waved away Pizzagate as a conspiracy and as I have stated previously [see also] I believe there is enough circumstantial evidence following the Podesta email leak to suspect there is some truth to this “conspiracy.” I will leave it to the reader to do more research on this and make up their own mind. [EDIT: pizzagate.wiki has been removed from the internet]

After this came out I decided to delve a bit deeper into the woo woo realms of the internet to see what the hard-core conpiracists think. Hard proof, as always, is generally lacking but I will provide links without comment and trust in the discernment of the readers to decide what is believable. Or not.

First I would like to bring your attention to a disclosure conference held at the press club in Washington D.C. in 2001. Testimony was given by a number of witnesses with similarly impressive credentials as Mr. Steele. So a lot of former military guys. Anecdotally, my uncle got very far in the Army. He turned down becoming a general and retired because of where he would have had to have moved to accept the job. When asked, he told me of several instances he had witnessed UFOs while on duty. Take that as you will.

EDIT: Around the time this was published, news came out that the US air force is likely going to be split in twain and a new space force is being created. Kind of odd to need a space force when all we have is retired shuttles.

Curiously, Pedo Prince Podesta himself, who is uncontroversially a top-level insider, has regularly spoken publicly about disclosure. Again, if someone were to know about this kind of stuff, a guy with Podesta’s top-level connections would be a likely candidate. Does this strengthen the case that there is a connection between Pizzagate and various UFO conspiracies?

Now, for shits and giggles, let’s get even more into the woo woo and crazy. I invite you to take a look at the following article. It claims that this interview and release confirms the testimony of some guy named Corey Goode who allegedly first made the claim of secret slave bases on Mars back in 2015. I looked a bit into what this guy claims and it is truly beyond the pale. I leave it to you to see what I mean by that. lol.  If you’re like me, however, you find this sort of stuff entertaining in the same way a good Sci-Fi novel is.

The first to do so was Corey Goode who described, in a May 14, 2015 interview, what he had seen on several occasions during his covert secret space program service from 1987-2007:

“Yes, there were several occasions where there were specialty equipment malfunctions that needed to be repaired immediately…. On these rare occasions we would fly down to the location where we would be met by 4 to 6 armed guards. We would be instructed not to make eye contact or communicate with anyone for any reason unless it was directly related to the work we were there to do… We would be escorted directly to the location of the work. The local facilities security team would watch us very closely and then escort us directly back to our shuttle craft after the work had been completed and tested. We were never asked if we would like a tour, invited to spend the night or stay and share a meal with the personnel or inhabitants of the facility. We did however get a chance to see some of the people. They were usually pale, unhealthy looking both physically and mentally and seemed very much like slave labor.

Goode said that on June 20, 2015, he was taken to Mars to conduct an inspection of a corporate-run facility. Goode described the slave labor conditions and an account of the facility commander as a “tyrant and a total megalomaniac”.

What gave Goode’s claim credibility was that two days later, on June 22, the BBC published a story titled, “How to Overthrow a Martian Dictatorship.”  The story discussed a British Interplanetary Society two day event that envisaged a Mars colony ruled over by a ruthless dictator who trampled on the rights of workers in a futurist society controlled by a corporation. The dictator needed to be overthrown without destroying the colony itself.

According to the author of the BBC article, Richard Hollingham, the meeting brought together 30 prominent scientists, engineers and philosophers who took their “task seriously,” only, wink wink, “two short blocks from the London headquarters of Britain’s security service, MI6″.

2016 was the most interesting year to happen in my living memory, but many think that 2017 is going to be more interesting still. Given this mainstream media coverage, I am starting to wonder just how interesting it is going to get.

5 Replies to “Child slaves on Mars”