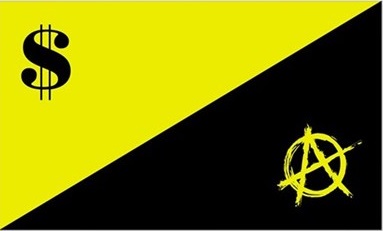 I noticed I was getting a few hits from the /r/anarcho_capitalism sub-reddit and stumbled on an interesting post by /u/chewingofthecud trying to compare and contrast An-caps to the alt-right. Overall it was a pretty interesting discussion. You can read it all here.

This is otherwise hard to explain because according to contemporary (read: wrong) ideas about the political spectrum being neatly divisible into left and right, the two are pretty much first cousins, if not siblings. This isn’t just a Freudian narcissism of small differences thing. When you understand that ancaps are uber-universalist (that’s why almost all of them are deontologists), but the alt-right are what you might call “particularists” (the opposite), things start making a lot more sense. Ancaps generally want one unswerving rule or standard (something like the NAP) to prevail in all times and places, and alt-righters see “different standards for different people” as being not only OK, but actually closer to the way the world really works (there’s also an rejection of the “natural fallacy” implicit in a lot of the alt-right, but that’s another discussion).

I have never been an an-cap myself, but it is my understanding that more than a few have gone through that route before adopting a more neoreactionary or alt-right style mindset. As such, there tends to be a lot of arguments on that sub between alt-righters and more traditional an-caps. Personally, I avoid commenting there as I consider it the territory of others. Other people aren’t so conscientious so you get lively debates fairly often which then inspire posts like the above.

In any event, I tend to agree with OP that a big issue with libertarianism and an-cap-ism is that it fails to address or acknowledge that (universalist) equality is a myth. This makes it very difficult for them, or anyone else, to deal realistically with people as they actually exist. And they exist very unequally.

4 Replies to “Anarcho-capitalism and the alt-right”