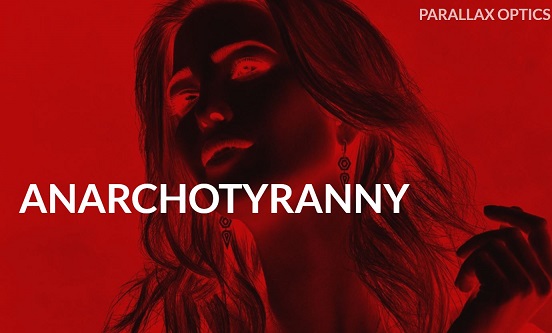 @parallaxoptics is a neoreactionary twitter account and artist posting high quality reactionary and dissident right adjacent art and media. And probably some dissident meme stuff that gains a cult popularity as well. He has been around for a while, and has produced some good content. His video AnarchoTyranny is very good and a must watch. The new site and project is Apostate Gallery. It also has an associated twitter account you can follow to see updates as they come along. It is refreshing that people are making an alternative to the typical globo-homo fare that is ubiquitous and overwhelming. The following is the description:

The contemporary art world (CAW) has become an aggressively policed space of totalised ideological capture. A zone of creative conformism, professional compliance and pseudo-radical posturing by the artist-ideologues who inhabit it.

Universalism is a Neoreligious ‘ethical’ framework. It provides a means to frame contemporary discourse, according to moral coordinates it controls, and thereby direct the narrative.

This mechanism has enabled universalists to promulgate a moral legislature on what contemporary artists can make, show and think. As a result, the CAW has turned into a universalist thought-reservation – an inward-looking, holiness signalling circle-jerk.

Apostate Gallery’s mission is to become a nexus for heretical art: a key node in the formation of a parallel status system outside the CAW. Exhibited artists are explicitly ‘heretical’ because they dare to substantively question, reject or oppose the Neoreligious orthodoxy of the CAW.

Apostate Gallery is divided into Exhibition and Edition spaces. The exhibition space is designed to showcase the work of heretical artists. Exhibitions are concept driven and animated by an engagement with dissident, anti-orthodox and post-political positions.

While the majority of exhibitions are ‘virtual’ and exist exclusively online, Apostate Gallery also stages clandestine events in meatspace and uploads / remixes the documentation digitally. Reconnaissance missions into meatspace are important because they create powerful reverberations, which can be amplified online to further undermine the CAW status system.

The Edition space is an online marketplace where it is possible to purchase limited edition artworks / anti-cultural artefacts. Editions are made in collaboration with heretical artists / content creators and are available exclusively at Apostate Gallery.

Exhibitions forge an oppositional vector to the CAW. Meanwhile, editions provide a vital source of income / financial independence for heretical artists. Editions typically increase in price as they sell out, creating an incentive to purchase early.

Apostate Gallery is a denizen of the Deep Right. The Deep Right is inherently threatening to the CAW because it represents a 4D idea-space, which manifestly extends far beyond the spaciotemporal dimensions of the universalist thought-reservation.

Apostate Gallery aims to transcend mere political dissent, and champion art which is heretical because it refuses to accept a life sentence on the universalist thought-reservation.

There aren’t too many dissident right artists out there. Not a lot of us artistically inclined, myself included, so its important to support projects like this if you ever want alternatives to the fake and gay media that is almost all we get right now. You can see some “art” I made to go along with my book below. Granted, the goal with that was to convey information not to be aesthetic, so it fulfills its role as intended. But having actual artists creating quality art meant as art is good. Support Parallax, he’s a good guy.