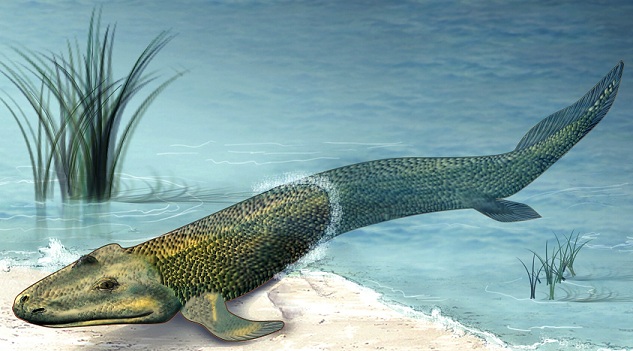 The Cathedral is a Christian sect that very cleverly adopted the camouflage of secularism so as to more easily infect (memefect?) non-Christians and non-religious institutions in addition to actual believers. This was a natural evolution of the theology given that the constitution of the United States originally sought to keep religious authorities out of government. I think it is instructive to compare some tenets of the protestant reformation to some of the ideas currently held by the progressive elite. The analogy of change in Christian culture to evolution is quite intentional. Natural selection can impose truly remarkable morphological changes to organisms. For example, consider this video detailing the evolution of whales from their land based ancestors. Culture should in theory be much more adaptable and otherwise susceptible to change than biologically physical features. If the process of natural selection can make something more or less like a deer into a whale, then it isn’t so hard to imagine that the process could morph Christianity into modern secular progressivism given the right environment.

In Nick Wade’s “A troublesome inheritance“ he discusses how social institutions are fundamentally based on the aggregation of behaviors of the individuals that make up the population of societies. These behaviors ultimately have a significant biological component. Though in some sense the form of the cultural expression of a population’s behaviors can vary significantly over a short time, the underlying biological dispositions act as a brake slowing the overall change and limiting its manifestations. A lack of prerequisite biological dispositions can prevent effective institutions from being formed. The greater persistence of genes underlying dispositions also make it more likely that abandoned cultural norms could be resurrected. It should not be surprising that when one generation rejects or alters some cultural norm that it can re-emerge in a related, if modified, manifestation since the underlying biology is probably more or less the same. As such, the fact that ideas resembling Christian doctrines persist or re-emerge in secular culture should almost be expected. The following list contrasts older theological doctrines with modern secular progressive principles.

I am not saying all of the results or desires of Protestantism are bad. World peace, eliminating poverty and hunger, having more wealth equality and strong work ethic* are all reasonable goals. Unfortunately for progressives, you can only achieve your goals when you have an accurate understanding of how reality actually works. In the case of social engineering, that means understanding the biological instincts of man and working with what they are, not what we would like them to be. Benevolent intentions are not good if they result in bad outcomes. Benevolent intentions and bad outcomes are just as evil as malevolent intentions and bad outcomes. Judging by the real world impact, there is no difference. To continue doing things that cause bad outcomes despite evidence that it doesn’t work can only occur as a result of mystical thinking. However benevolent the intention, this makes progressive policies both religious and prone to creating evil in the world.
†
*Not to be biased towards cultural explanations of behaviors, it may be better to describe it as Germanic work ethic rather than protestant work ethic.

2 Replies to “The Missing Links”