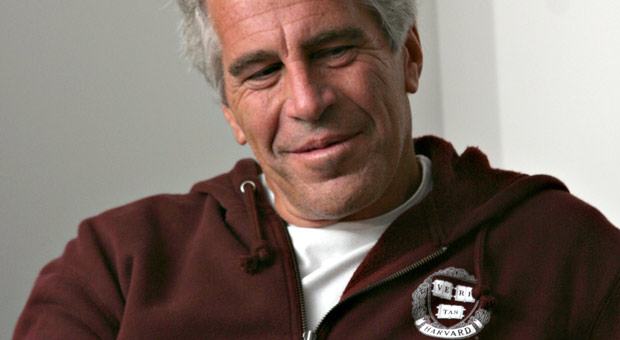 An article came out from the Boston globe discussing professional blackmailer and pedophile Jeffrey Epstein’s association with Cathedral Epicenter Harvard.

Jeffrey Epstein’s millions earned him special treatment at Harvard: He had a personal office among university researchers, a dedicated phone line, an unusual visiting fellowship position, and the backing of several high-level faculty who urged administrators to take the financier’s money despite his record as a registered sex offender….

[In the building with Epstein’s office], space was scarce, but Office 610 was known as “Jeffrey’s Office” and Epstein decorated it with his own rug and photographs. For a time, Epstein even had his own Harvard phone line, according to the report.

He visited there more than 40 times after he was released from jail in 2010 up until 2018, routinely with young women who acted as his assistants. Despite no official connection with Harvard, Epstein was given key cards to enter the building and office.

Nowak [r allowed Epstein to use the group’s offices to host dinners and meet with Harvard faculty, area academics, and political figures when he was in town, according to the report.

Not a casual relationship of “Thanks for the money, goodbye.” They actually let him LARP as faculty researcher with his own office and phone line and everything. Any time he wanted to pretend to be intellectually important and wasn’t diddling little girls, or recording influential businessmen and politicians diddling little boys and girls, he could just mosey over to Harvard to work on his acting career.

According to a months-long investigation by Harvard’s general counsel and an outside law firm, the university received $9.2 million from Epstein between 1998 and 2007. After Epstein’s 2008 sex conviction, Harvard’s then-president Drew Gilpin Faust barred any more donations from the financier. Still, Faust’s decision wasn’t clear to some faculty and fund-raisers within Harvard who continued to lobby administrators over the years to take money from Epstein.

“Wasn’t clear to some faculty.” Sure. Harvard faculty are known for their low verbal IQ and difficulties with reading comprehension. If you believe that, I have a bridge I would like to sell you.

To be fair, 10 million is not very much compared to Harvard’s endowment or Epstein’s wealth.

Nowak and Harvard Medical School professor George Church also benefited from Epstein’s connections to other wealthy donors, receiving millions of dollars in funding between 2010 and 2015 after Epstein made introductions, according to the report.

But there was an indeterminate amount of indirect largesse Harvard received as a result Epstein connections. A professional blackmailer would have no trouble “persuading” wealthy people to donate and unofficially accumulating the credit himself. Who knows what the true amount that Harvard received is.

The report also questioned the decision by Stephen Kosslyn, then chairman of the psychology department, to award Epstein a visiting fellow position in 2005. Kosslyn, a professor emeritus at Harvard, vouched for Epstein despite the financier’s lack of a bachelor’s degree and qualifications to conduct some of the research required of the position.

Harvard psychology is supposed to be the best. It only goes downhill from there. How psychology has any better of a reputation than divination, astrology, or alchemy at this point is a mystery.

And that isn’t the first time Epstein got a position he wasn’t qualified for. That is how he got his start; teaching calculus at a private high school in Manhattan. While I will be the first to admit current year credentialism is abhorrent, its also true that the average bloke isn’t going to get the opportunity of having that overlooked for them. Makes you really wonder how and when Epstein was able to start accumulating this sort of influence.

In his application for a second year as a visiting fellow, Epstein wrote Harvard that he planned to study the “derivation of ‘power’ (Why does everybody want it?) in an ecological social system that would include variables for reputation, trust or awe, and the inherent strategically diverse tactics of deception.”

Epstein, however, had to withdraw from the fellowship in the fall of 2006 when he faced Florida charges of unlawful sex with minors.

How to accumulate power and reputations in zero-sum social settings, as well as the methods of deception to do so are exactly what I would expect a professional blackmailer and pedophile to be interested in. I am also not surprised most everyone he dealt with were power-hungry sociopaths. I question the assertion that “everybody” is power-hungry for power’s sake, however. I wonder if he ever actually published any academic paper on this stuff. I kind of doubt it because he seems like more of a larper to me.

In 2008, Harvard Law School professor emeritus Alan Dershowitz helped Epstein secure an advantageous plea deal with Florida federal prosecutors related to the sexual abuse charges. One of Epstein’s accusers has alleged that Dershowitz had sex with her when she was under-aged. Dershowitz has denied those allegations and filed a defamation lawsuit against the woman. No charges have been filed against Dershowitz.

A 2003 article in the Harvard student newspaper also noted that-then university president Larry Summers was well acquainted with Epstein. A footnote in Friday’s Harvard report noted, “A number of the Harvard faculty members we interviewed also acknowledged that they visited Epstein at his homes in New York, Florida, New Mexico, or the Virgin Islands, visited him in jail or on work release, or traveled on one of his planes. Faculty members told us that they undertook these off-campus activities primarily in their personal capacities rather than as representatives of Harvard.”

“Personal capacities.” How many Pedos are there at Harvard? “A number” leaves a lot to the imagination. Also, what is it with the far-left and their love of pedophilia for personal use, for blackmailing and false flags?

Just across town, it seems MIT likes some dirty cash too.

Harvard’s review of its Epstein’s ties comes four months after MIT released its investigation of the financier’s ties to that institution.

MIT found that Epstein made at least nine visits to its campus and gave the university $850,000, and that top administrators, including members of the university president’s senior team, and some faculty members showed “significant errors in judgement” in agreeing to take money from Epstein.

Lloyd, according to the report, tried to obscure some of Epstein’s donations and took a $60,000 gift from Epstein for his research, deposited it in his personal bank account and didn’t report it to MIT.

From the MIT Article:

Lloyd, according to the report, tried to obscure some of Epstein’s donations and took a $60,000 gift from Epstein for his research, deposited it in his personal bank account and didn’t report it to MIT.

Academia isn’t corrupt at all.

Ito, who resigned in September after an explosive New Yorker story said that he and others tried to keep Epstein’s funding quiet, declined to comment. But his supporters said the report shows that university officials were aware of and blessed the donations and required that they be kept anonymous. “They should not be scapegoating a single individual when it was systemic,” said Lawrence Lessig, a Harvard Law School professor.

You have to have a fall guy, preferably not one of the administrative bureaucrats.

A political bias isn’t the only thing interfering with academia’s ability to discover and disseminate Truth (actual truth, not SJW moral relativism).

One Reply to “Epstein’s ties to Harvard”