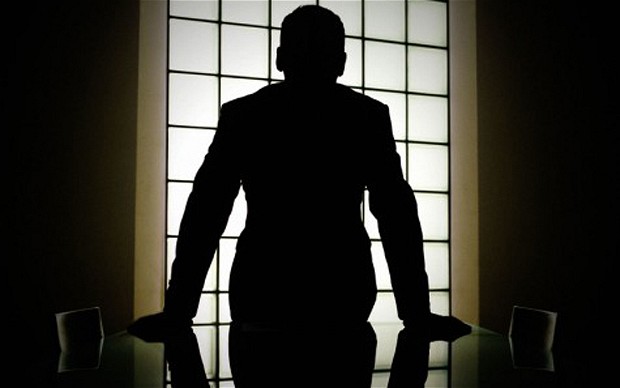 I am not an economist, more casual observer, but I could see why negative interest rates could become a very huge problem when combined with a cashless society. A society which some prominent economists are already calling for. Negative interest rates are already in place at multiple central banks around the world, though so far it hasn’t reached the US federal reserve. Most, if not all, banks in the negative interest rate countries have not passed this on to their depositors (owners of savings accounts). For good reason. The natural and rational response to someone having to pay to store their money at the bank is to buy a safe and store their cash. Take this quote from a recent bloomberg article:

Central banks may be forced to shelve the policy for good if banks pass the cost of negative rates on to consumers, who in turn pull their money out or, worse, stage a bank run. More than three quarters of depositors would remove their funds if negative rates were imposed on savings accounts, according to a global survey of 13,000 consumers by ING. Yet even then, there may be workaround. In calling for the end of the 500 euro note to thwart tax evasion and terrorism financing, Draghi also knows scrapping the denomination would make it harder to just sit on cash. BOE policymaker Andrew Haldane and former IMF chief economist Kenneth Rogoff are among those predicting “cashless” societies, which would also increase the potency of central banks running negative rates.

I am extremely loathe to call conspiracy, but it is hard to read this and not seriously wonder what is going on. This looks like something Alex Jones would feature prominently in one of his videos, yet a fairly mainstream publication is being very forthright about it. Major economists are calling for a cashless society and want to combine it with negative interest rates to force people to pay rent on their money in a very explicit manner. If you can’t have cash, then you have to use a bank. That is how they get you. They are even using the mafia and terrorism as a partial justification which rings very hollow to me. However bad terrorism and organized crime may be, the loss of privacy (i.e. can the government trace what you are buying) and the reduction in options with money for the average person seems Orwellian and in no way worth it.

To be fair, high inflation does work in a similar manner except it is much more subtle. Inflation and the high savings account interest rate that goes with it makes it look like you are gaining money when in fact the value of your money has gone down in terms of purchasing power. For example, if you start with 5 dollars in the bank and earn interest of 2 dollars you end up with 7 dollars. Sounds great. But if during the same period a big mac (and anything else you might want to buy) goes from 4 dollars to 8 dollars in price, you actually lost money despite the increase in number of dollars because what you can buy has decreased faster than the number of dollars gained. Therefore having savers lose money here isn’t really all that novel in and of itself. What is novel is the explicitness of the loss as well as the erasure of the ability to buy anything without government snooping. Looks like we are living in interesting times.

As worrisome as it is, capital always finds a way. If savers are forced to pay interest on storing their money in the bank and are disallowed from storing physical cash in their homes or in secure locations, then they will simply opt for objects that retain value and are relatively easy to store. Precious metals, jewelry, gemstones, artwork, artifacts, fossils, etc are all things the very rich already use to avoid taxes on their capital gains. In a cashless world this practice would become a tactic used by every class with any sort of capital. The Chinese are a great example of the market response to restrictive financial policies because of the artificially low interest rates they are “forced to accept.” No one wanted to leave any more than necessary in the bank so they massively invested in real estate, substantially contributing to the large bubble there. Not only that, but “criminal” black markets will readily form to provide organized financial services that are essentially banned in the legal market. China is well known for such black markets. Who knows, they could even resort to creating their own black currency if the conditions were right and in a brave new cashless world they just might be. I want to propose right now that if and when that happens we should call them 1984 notes. We could expect innovative people everywhere to adopt a variety of tactics, legal and illegal, to avoid this paradigm; though hopefully it would involve more diversified investment and not a massive bubble in mainly one sector of the economy like in China.

Another alternative is crypto-currencies such as bitcoin. They have their flaws, certainly, but the more traditional currencies are made unappealing or even untenable, the more algorithm controlled currencies gain appeal. Storing your money in bitcoin starts sounding pretty good when you are dealing with negative interest in your savings account and your only alternative (other than bitcoin) is big vaults stuffed with gold that criminals would love to steal.

I don’t think it is much of a stretch to think that people may more readily trust an impersonal algorithm in comparison to the world financial elite. And that isn’t because impersonal algorithms deserve any particular credit or praise, it is just a reflection of a widespread belief in the fallibility and/or untrustworthiness of the current round of financial elites. If the elites managed to flub up currency markets bad enough to make large-scale adoption of computer driven currencies a reality, that would certainly be a major step towards the singularity. Of course, it is still the traditional system’s game to lose because such a switch won’t occur unless the alternatives become nothing other than awful. Rumors don’t always become reality.