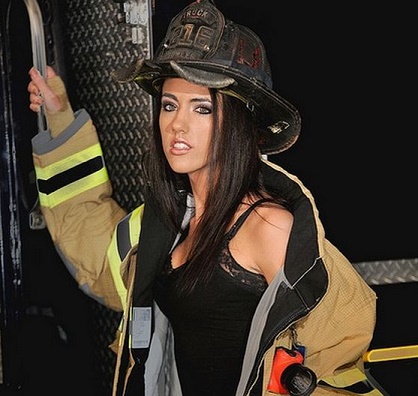 The topic of women in tech has grown more heated over the past few years. Although women account for about 47 percent of the workforce in the US, according to the Bureau of Labor Statistics, they make up only 25.6 percent of computer and mathematical occupations, and 15.4 percent of architecture and engineering occupations. These days, women earn only 18 percent of computer science degrees. Meanwhile, President Barack Obama‘s administration projected there were more than a half million open jobs in information technology.

Trump signed the bills surrounded by various women like Rep. Barbara Comstock, who introduced the INSPIRE Act, and Sen. Heidi Heitkamp, as well as his daughter Ivanka Trump and First Lady Melania Trump. Vice President Mike Pence was also on hand, along with Texas Rep. Lamar Smith, to name a few.

“That’s really going to be addressed by my administration over the years with more and more of these bills coming out and address the barriers faced by female entrepreneurs and by those in STEM fields,” he said.

Sorry Mr. “suddenly progressive” Trump, it is completely fair that there are not as many women in high IQ fields (and other fields). And there is decades of research indicating exactly why that is. So now he is going to double-down on promoting women in stem, who aren’t suited for it, there by wasting who knows how many millions of taxpayer dollars. Not to mention this will also likely result in more support for wasteful affirmative action which will both make American companies less competitive and make it more difficult for talented men to just get along with making their contributions to society. For anyone who thought Trump was actually going to Make America Great Again, you can rest “easier” knowing that the progressive Cthulhu is still swimming left just as determinedly as it ever was.

4 Replies to “Trump panders to feminists”