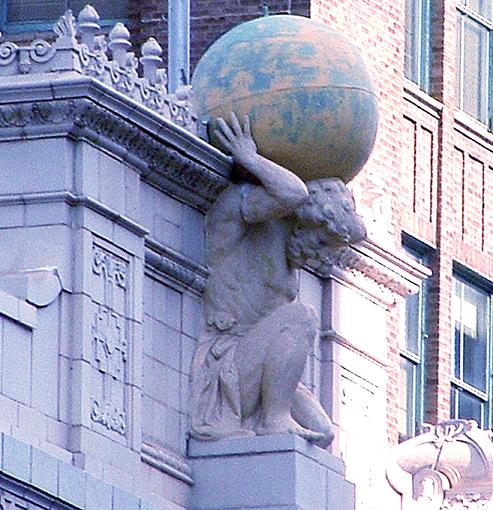 I apologize that it has been over a month since my last post. I am working on a book that describes the biological underpinnings of gender differences in intelligence that I hope to have released by the end of the year, possibly earlier. I have spent most of my time on that rather than providing posts for this blog, but it has been so long I felt I needed to post something.

I recently became aware of a Father who fled to the Philippines as a result of outrageous financial demands from his ex-wife. He left behind four children: one with cancer, one who is retarded, some girl who feels bad (the article and I guess society generally seems to imply this is equally bad to the other problems), and another son who is a drug addict in rehab. Wow. Assuming all that isn’t an embellishment on the part of the mother as a ploy for sympathy, that is so many problems to deal with I could see why someone would have the temptation to flee even without the family courts being a factor. Not that I would approve of such an action if the mother was loyal and supportive.

In this case, like so many others, the family courts really are the problem, though. When they first divorced, they reached an agreement where the wife would get full possession of the 1.2 million dollar home purchased solely through his work (she hadn’t worked for 22 years). There was still a 600,000 dollar mortgage and he got 175,000 dollars to be bought out. In effect, this deal gave her equity worth 425,000 dollars in lieu of spousal support. He still had to pay child support in addition to this, of course. The house also has an apartment which can be rented for 2000 dollars per month. In his words:

“Donna got the million dollar lakefront mansion and full custody of the children with child support, but no spousal support, in exchange for the house,” Hans Mills writes. “Everyone at the time agreed that my spousal support obligation had been met fully.”

It isn’t entirely clear what happened, but they continued going to court for several years. I suspect that after the initial financial agreement he was trying to either get custody or increased visitation rights. Apparently his ex-wife’s debts were adding up from the house payments and paying for a lawyer for these continued court hearings, so she used a hearing as an opportunity to get more money from him for spousal support. The court ordered him to pay more to his ex-wife, 4000 dollars a month with the addition of spousal support and possibly an increase in the already ongoing child support payments. The court also ordered him to pay all of his ex-wife’s legal fees and made the payments retroactive. That is, a lump sum worth what he would have paid if he had been ordered to pay spousal support from the start. In an email he sent after fleeing he said:

“The result of the legal instrument which you recently designed and implemented is that there is no possibility of a comfortable life or a (secure) retirement for me in Canada at all,” Mills, 53, wrote in the email dated November 2, 2011. “Therefore I have left the country to seek greener pastures elsewhere, and will never return. Well done Einstein.”

Describing his situation to the reporter:

“I was effectively ordered to pay for my crucifixion. Ouch. Plus I still had to pay my own lawyer,” he writes. “Having been buggered once left me no appetite for a second serving, thank you very much.”

Of course, he claims that he really regrets leaving his children in the way he did:

“I did a terrible, awful thing, because I had no reasonable option,” Mills says of his decision to flee and stop making spousal and child support payments. “I miss my children terribly. I abandoned Canada, but not my children. My hope is that some day I can reconcile with my children, but not in Canada . . . a morally bankrupt state.

His kids are “innocent bystanders who got caught in the crossfire,” Mills says in his email to the Star. “It was not my intention to hurt them.”

But he is quite adamant that leaving was right for him and that he will never pay spousal support:

“The Philippines is about as far as I could go. If I had a spaceship I’d be much further away.”

A lot of people will probably have a hard time being sympathetic to the man. Certainly the fact that all of his crumb crunchers seem to be misfits doesn’t help. However, what we are seeing here is merely a consequence of what can only be described as an oppressive regime. The only thing somewhat unique about this situation is the man’s bravery in pursuing a solution (exit) which deprived the state and the ex-wife of their ill-gotten gains. If this were a unique situation, no one would have any problem extending sympathy for the mother and children. Unfortunately, hundreds of thousands of men in Ontario alone are being charged unreasonable fees to be paid to their ex-wives (funneled through the government which skims off the top of course):

With that missive sent from an unknown location, Mills joined the more than 120,000 parents in Ontario who are in arrears on spousal and child support payments. Collectively, they owe more than $1.8 billion to ex-wives and children.

That is just in Ontario. And it doesn’t even include the men who are actually making the unreasonable payments on time. The number of men in the world subjected to this must be in the millions, even hundreds of millions, and the overall wealth transfer must be in the tens of billions if not hundreds of billions. When you think of the scope and the cost of the divorce industry it is truly staggering.

It is remarkable that we live at a time in which the metaphorical conspiracy (a strike among the productive) that took place in Atlas Shrugged actually seems to be coming true after a fashion. For those of you unfamiliar with the book, governments become increasingly socialist and the socialist “looters” demand more and more from the decreasing population of people who actually work hard and produce everything that makes civilization tick.  In response to the topsy turvy incentive structure, the masses resort to a race to the bottom because those deemed most needy are both the most moral and deserving of whatever surplus society happens to produce. With this structure in place, the moochers (most people) try to present themselves as being the most pathetic and needy in an almost competitive way. Sound familiar?

In real life, there hasn’t been any sort of organized conspiracy to accomplish anything like this, but there are trends which have remarkably similar effects. Whatever has happened seems to be a result of mass action; the independent arrival at conclusions by multitudes of men based on present incentives. The most important aspect of this is arguably the marriage strike. In this case, men tend to work much harder when they have a family to support. This benefits everyone, women who are wives, children, and unfortunately even the state through increased tax revenue. Without families, men naturally scale down their productivity to match their actual needs. Their needs turn out to be remarkably small. Men don’t like shopping for useless things to hang on the wall or more than a week or so worth of clothing and all the other non-functional things women buy and which forms the majority of the basis of the consumer market.

I would argue that an important piece of shrugging against the modern system would involve actively attempting to bankrupt the family court system (and other systems) by finding ways to deprive such systems of revenue. This would hit them where it hurts the most. I say ‘shrugging against’ here because I think it better captures the idea that exit could be used in an almost offensive manner as well as bringing up all the expansive imagery from the book which exemplifies the power of exit. So far, men not paying their court ordered bills is mostly a result of inability to pay rather than principled refusal resulting from mass action. Certainly exit is used, as in this case, if only very rarely. We need to change this. I think it is clear from the psychological disposition of men that organized activism will never really be all that forthcoming, and so we must focus on what men are psychologically disposed to: exit. Men who are subjected to these sorts of unfair payments should be actively encouraged to just pack up and leave. Possibly even with a conspiracy approximating a modern underground railroad where sympathetic men aide them in shrugging the outrageous obligations put on them by helping them out of the country. Or at least out of the reach of the state.

I can think of the obvious objection here: “Won’t someone please think of the children!” Well, I am. I am thinking about children (and the whole family), but I have escaped myopia and took a view that extends all the way to the horizon. Children are done a huge disservice by easy divorce. It is a fact that they are better off when their parents stay together until at least they grow up. So long as the system exists in the current state, the only thing we can be sure of is that millions more men and children will be caught in its clutches in the future. Suffering will only increase and increase. Anything that lets the system of easy, no-fault divorce with the concomitant asset division last even one week longer than it has to is immoral.

In a properly functioning society, going after fathers who shirked their duty is a just imperative. We don’t live in a properly functioning society. These days it is rare that family breakdown is caused by men unwilling to be fathers. Worse, they have absolutely no power to prevent the destruction of the family that causes so much suffering to everyone, especially children. When family breaks down, it is not their fault. Such men are thus morally guiltless for leaving. As much should be explained to them and they should be encouraged to shrug. The men who willingly continue to pay into this system are essentially complicit in its perpetuation, at least once they understand how it works. They are just like Hank Rearden who through his diligent efforts kept the morally bankrupt society going that much longer than otherwise had to be. He did this despite emotional torture by his ungrateful family and incrementally increased injustice towards him by society. By keeping the current system solvent, today’s men ensure that more men in the future will be dragged into it. By shrugging, they bring the day of its collapse closer and ensure that less children will ultimately be caught up in it. Continuing to pay into the system, judged by the number of future men and children who will be dragged into it by its continuation, is thus itself the height of immorality.

It is time to shrug.