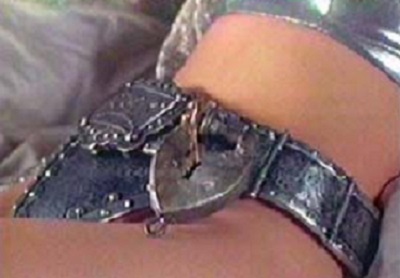 I am not sure, but my impression is that most neoreactionaries do not like or use reddit. Either that or they use names not associated with their blogs. I can understand this because it is true that 99% percent of reddit is a progressive clusterfuck with no end in sight to thought policing. Still, I think the only difference between a progressive sub and a reactionary one is that of proper moderation. It isn’t like these progressive subs don’t have to deal with the more generic type of trolls on a regular basis. Every forum has that problem. Anyway, one place I like to lurk is /r/redpillwomen because I am just curious to see how relatively reactionary ladies think. I almost never post in there because I view it as their place to do their thing. However, there was one recent thread which I couldn’t help but comment on. Essentially, a girl who had been fairly promiscuous, racking up 8 partners by 21, had realized her mistake and wanted to turn things around. That is nice and everything, but I don’t really buy it. Once a slut, always a slut.

Now, I am not a Christian. I happen to agree with a lot of Christian traditionalism because a rational analysis of society combined with a consequentialist attitude ultimately brings thoughtful people to a similar value system as tradition. If more people were thoughtful, we wouldn’t need any of this codified in a religious law at all. Of course people aren’t thoughtful and they are never going to be at any scale so religious law is better than the alternatives. What I noticed about the reddit post is that the sentiment is suspiciously similar to the whole “born-again virgin” nonsense that has become popular in some Christian communities. The idea being that if a girl repents her actions she can be forgiven and it will be like it never happened. Maybe this can be justified by verses in the bible, and maybe it can’t. Certain Churchians certainly made a persuasive stab at it. Not being a Christian, I will let you know you can save your theological arguments. As far as I am concerned, if this can be justified in the bible, then the bible is wrong. If it can’t, great. If some people can be legitimately and understandably confused on whether the bible supports this then Christian Traditionalists have a real problem. Even if it can be demonstrated through some convoluted means that “born-again virgin” isn’t a Christian concept, ambiguity here is a very big fault with using the book as the basis for the traditional family. That being a slut can’t be taken back should not be ambiguous in any way in the foundational religious document of a society. Chastity, once lost, is forever gone.

Back in my more red pill, less reactionary days it was widely known and accepted among my group of friends that the “born-again virgin” girls were easy prey. And yes, we occasionally went to “singles” church events to find these girls despite not being religious. Lots of them were single mothers. Most would get drunk and have premarital sex with you Saturday night before stomping off to church Sunday morning in hopes of tricking some poorly advised Christian beta into paying for her and her bastard children. The “born-again virgin” status of these so-called “Christian” women is a complete fabrication. Their facade is a purely Machiavellian attempt to maximize their Alpha Fucks/Beta bucks mating strategy. And like the rest of society, the Christian community is far too credulous of these girl’s crocodile tears of repentance. Worse yet, they gladly throw the legitimately Christian men under the bus by pressuring them into dating and marrying these skanks. No wonder men are leaving the church in droves. I would too if I was given shitty advice like “marry the sluts”. I would leave any such organization which thought that way and I would laugh when it was completely destroyed, as it justly should be.

That rant lasted longer than I thought it would… Anyway on to the comment. I don’t have much advice for what a girl should do in this situation, but at least I could relieve her of the childish happy talk which women prefer over all other things and she probably finds herself surrounded by.

At the risk of hurting your feelings, I am going to pass on a red pill man’s perspective of this situation. Men by and large aren’t sentimental naturally. For example, every male in my family has agreed that we aren’t going to buy Christmas presents for each other because we don’t care, we don’t like shopping, and like saving money. At most we will buy some beer for each other the day before and get drunk a few times. I made the mistake of trying to arrange a similar situation with a female member of the family and she practically started crying. Well, didn’t expect that. Oops.

We for the most part apply the same mentality to most decisions in life. Without sentimentality, there is only cold facts and numbers. Make some (figurative) charts, add up everything and if there are more pros to settling down fine, if there isn’t don’t. The one (evolutionary) exception which clouds our ability for logical decision making is if a man encounters a girl he perceives to be a Madonna. A Madonna being a chaste, pleasant, virtuous woman likely to make a good mother and worthy partner. One that he can be sure is birthing his own children. Now, it is best for such a woman to capture a man’s commitment when he is young, because that is when he is most naive. I can confirm, men are much more naive (socially) than women, especially when young. Although our skills with tools, building and mathematics generally makes up for that and then some. However, such naivete doesn’t last long in the school of hard knocks we are subjected to. There is no such thing as “You go boy!”

No one coddles and babies us when we feel bad and we quickly learn that the only way to advance ourselves is through convincing people we are correct through cold, inescapable truth. And so it doesn’t take many bad experiences (or lack of experiences) for this mindset to benefit from the cad training provided by the red pill. And of course there is no lack of bad experiences for men. What we learn in such training is that girls with many sexual partners do not make reliable partners (something I don’t think is a problem for men). The probability is higher that a promiscuous girl will either trick us into raising another man’s child that is the product of infidelity, hence the innate (and proper) male aversion to commitment to promiscuous women. Also, it is much likelier that she will prematurely end the relationship regardless of the costs born by the husband and children. That is bad enough by itself, but with the current legal regime, that is a risk no rational man should ever take.

So when I look at your post, I see the ultimate nightmare. A girl with enough partners to suggest a 72% probability of divorce (social pathologist link) and who also has baby rabies. If that doesn’t say divorce rape, I don’t know what does.

If I knew you personally and was considering you as a possible partner or if a naive buddy of mine was, I would advise them to stay away emphatically. I would treat you as if you were totally, 100% responsible for your situation. In a sense you are. People who can’t think of the future or think independently of a degenerate culture should be held responsible for their failure. Red pill men are certainly trying to train younger men to have this mentality (as I proudly do). Women as a whole, despite their greater social acuity, failed to punish the most extreme agitators among them and unfortunately they will now all have to suffer for that mistake. Men may be easily hoodwinked in the social sphere, but after a delay, when we realize as a group what is what, we apply cold and uncaring logic to the plight of those who previously reaped unfair rewards. Not only do we not care, but seeing a bit a suffering results in a bit of schadenfreude.

To be fair, not all, maybe not even most, of your problem is from your personal decisions, or you as an individual. There really is a systematic, society-wide problem in the west. Whoever taught you being slutty was OK is certainly at fault. In addition, if in cases of female relationship irresponsibility, the courts sided with men and didn’t give her the children or other financial benefits, men would be much more likely to take risky cases like yourself on. After all, in such a scenario he can retain his earnings and just find a new girl and not be much worse for wear. The current legal regime in most western countries makes taking a chance on girls like you a much larger risk than it would be otherwise. A risk that no rational person could consider justified.

I tell you this so that you are as informed as you possibly can be. To overcome your situation it helps to know the nature and magnitude of the problem you face. I can’t offer much advice for redemption of your past, but more knowledge doesn’t hurt. Hopefully the women here can help you find a way to move past the dismal statistics all of us guys are looking at.

In reading the wikipedia article on Crocodile tears, it seems like the phrase was originally popularized as a Christian morality tale by the theologian Photius in his Bibliotheca. It looks like English translations of this are pretty scarce, but something tells me that Christians would gain from getting re-acquainted with it. If anyone knows of an English translation, I think it would be pretty interesting to skim through. Please leave it in the comments.

3 Replies to “Chastity, once lost, is forever gone”