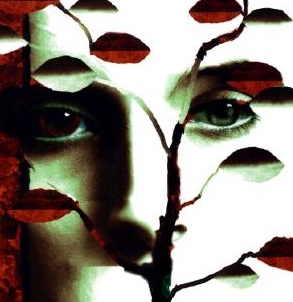 There are minor spoilers. This book isn’t worth reading so I wouldn’t worry about that.

In high school, which was quite a long time ago, my entire class was required read the book “speak” by Laurie Anderson.

A 13 year old girl goes to a party at the beginning of the story, gets “raped” and then we get to explore her repressed emotions about the experience and how the cruel world won’t believe in her problems. Certainly no one in high school believes her and the other girls are mean to her. In short, this is an incredibly feminized story. Or to put it another way, it was literally the most boring story I have ever read without any serious competition. NOTHING happened throughout the vast majority of the book. It was mainly going through this girl’s feelings in her art class where she made freaky sculptures out of turkey bones and wore weird attention demanding clothes. I couldn’t imagine anything that could be of less interest to adolescent boys.

The “climax” involves the the women’s tennis team coming to the rescue against the evil rapist brandishing tennis rackets. I can’t express in words how truly lame this scene was. And in fact, it made the book even worse because it was the ONE point where something almost happened in the entire story. That is, there was about to be a beat-down described in gory detail. It was like “oh finally, something interesting will happen.” Nope, it was nothing but a tease. They all talked themselves out of it and no fight occurred. The book got just close enough to an actual event of interest (without delivering) to highlight how horribly uneventful the book was. It was like the author was trying to rub salt into the wound of boredom by creating this anti-climactic almost-event.

As for the “rape” scene itself…. Why do I put rape in quotation marks? As a fictional story it should be pretty easy to make it a real rape scene, right? Right?! You’d think so, but you would be wrong. You see, the “rape” scene has much more in common with a female sexual fantasy commonly used as a masturbation aid than to an actual rape. It is basically 50 shades of grey for high school girls tamed down enough to pass by censors. You see the “rapist” was the most alpha guy in high school. He was the most popular guy, played on the sports team, was physically super attractive, was smart, was older and more mature. He is the perfect fantasy man. The author didn’t believe in brevity when it came to describing the alpha characteristics of this guy. Being a straight man myself, reading this was awkward and undesired to say the least. In fact, the “victims” internal dialogue explicitly described him as “a greek god.” In the “rape” scene he dominates her and they do the horizontal mambo. She then regrets the experience despite initially being excited and the rest of the book covers the mix of her emotions. I remember being very incredulous at how her description of this guy indicated clearly that she wanted to have sex with him, yet afterwards decides it was rape. This made literally no sense to me. I now know that Female rape fantasy fiction is a popular genre, and this rape scene fits into that category. But at the time I had no idea about this aspect of female psychology so I was thoroughly confused.

I vividly remember how much I hated this book. There were a few times I was so frustrated with it that I almost ripped the book to pieces. Of course, this was well before I knew anything about the red pill, or feminism, or even general politics. My reaction to the story was very hard to define at the time, but it was a natural uninfluenced reaction. It was as if I knew innately or instinctively that there was something wrong with this story. It was so bad that there was no way to explain why it was included in the curriculum or how it won a series of awards without understanding external political and ideological motivations completely unrelated to the quality of the story. At the time all I could say was that it was poorly written and boring. It wasn’t until the insights of the red pill that I could really put everything into perspective and explain why it was horrible.

This experience that many young men in our schools are forced to endure is a form of psychological torture on the part of the school system (and specifically the feminist elements therein). We were forced to read something that has almost no active scenes; a type of storytelling that is naturally and correctly repugnant to the psychology of boys. They were trying to socially engineer me (and the other boys) not to be rapists, as if there is a real risk of most boys becoming rapists. (Real rape is mostly a racial issue). We were being trained or indoctrinated to believe that anytime some girl claims rape, she needs to be believed automatically and the boy needs to be crucified. This book is directly designed to increase the misandry in our society and make it even easier to punish innocent men for false rape accusations.

One of the worst things to consider about this book is the prizes and awards it has won. This is a perfect example of feminist/progressive circle jerking. See also. It was awarded these things because it works to advance the feminist narrative of society (specifically the neurotic obsession they have with fantasizing about rape) and could be used as an indoctrination tool against young boys, not because it was a good piece of writing.

One Reply to “A review of “Speak” by Laurie Halse Anderson”