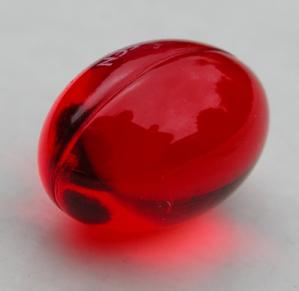 In part 1, I explored why social conservatism shouldn’t be considered an ally of neoreaction and discussed some preliminary thoughts on how a community that exemplifies traditional values might be crafted in an exceedingly hostile and unalterable culture.  In part 2, I propose how neoreaction should view itself in relation to the red pill community.

The first step is to understand the mindset of the Red Pill man to see what he believes about reality and whether or not that is consistent with or opposed to neoreactionary understanding.  From my experience, typical redpillers are usually in various stages of transition from liberal unreality to reality.  The seed of transition is always motivated by the overriding instinct to reproduce, an instinct that no amount of progressive reform through education will be able to subdue. The first item of progressive faith on the chopping block is egalitarianism because it is the  main point of indoctrination in education that prevents men from acting in ways that make them attractive to women.  The rejection of egalitarianism is also a core principle of the dark enlightenment, so there is no conflict there.

Redpillers generally acknowledge the negative consequences of current sex culture, but they accept that as individual men they have almost no power to do anything about it and simply attempt to maximize their benefit given the social structure created by sex-positive feminism.  I see this as both accurate and realistic, if fatalistic.  In both these points, I can’t tell any appreciable difference between the redpillers and the neoreactionaries.  The idea that a reactionary  movement (social conservatism) will never succeed in reversing leftism is one that neoreactionaries developed and fully accept. There is no expectation that these problems can be fixed in a democratic system that appeals to the masses, and thus lowest common denominator.  So again, neoreaction and the red pill are largely consistent.

In one of the most striking examples of overlap between the red pill and neoreaction, Roosh V penned the article “Cultural collapse theory“. This is pure neoreaction from one of the most prominent personalities in the PUA community and there is every indication that he isn’t happy about the situation. The cads are under no illusion that they are good for society.

Overall, when I look at the top tier people in the red pill community, I see there have been a lot of contributions and insights into human nature and the modern system. Many neoreactionary ideas owe at least some debt to primarily red pill bloggers and commentators such as chateau heartiste, dalrock, and girl writes what, among others. Some of the ideas that are part of neoreaction are completely original creations of the red pill community that were later adopted. In other words, the top tier of TRP provides invaluable contributions to neoreactionary thought.

From the above it can be discerned that the red pill is not a movement, it is an intellectual framework for analyzing and understanding reality. TRP is a tool set for sex relations as much as neoreaction is a tool set for analyzing culture and politics. What is done with that tool set is another matter entirely. If someone uses a hammer to go on a murder spree, that doesn’t make hammers bad. Being an accurate description of reality, the intellectual framework of TRP is, in fact, a subset of the intellectual framework of neoreaction by definition. You might consider neoreaction to be a RP framework expanded to more than sexual strategy or maybe the two parts evolved somewhat independently at first, but upon meeting are found to be compatible since reality can’t be mutually exclusive with itself.

However, there can be no doubt that the PUA movement, which is primarily responsible for developing the red pill framework, uses it to pursue actions with anti-civilizational effects. This can never be compatible with the stated morality of neoreaction.  However, I don’t think it is appropriate to blame these men for their actions.  Most positive masculine role models have been gutted from society and education. If they “man up” they will be subjected to a whole host of misandric laws. The women to who they are told to commit themselves to have not been raised to become suitable wives and once that potential is lost, it can’t be restored.  Those women are simply lost.  No man should ever marry a woman who isn’t suitable wife material and in our culture that means many men really don’t have even a single good option for marriage.

PUAs attempting to maximize their benefit in a social structure (sex-positive feminism) that they are dropped into and have no power over is healthy for these men personally and the product of a completely rational decision made upon careful consideration of the current incentives.  Given the lack of respect men receive in our society, no one should be surprised that they shrug their traditional responsibilities.  Neoreactionaries need to accept that men have to walk their own paths, and learn lessons first hand because we are unable to spare most of these guys from this path of education. The education system is designed to indoctrinate leftism and so most people will be leftist in some sense until they get smacked by the real world. For that reason, TRP phenomenon is to be welcomed gladly as the first step towards neoreactionary thought. Inevitably many of them will end up realizing that cadding isn’t quite what it was cracked up to be. In fact there are examples of older PUAs who have done just that. After the PUAs pass through the long, dark tunnel that is the experience of post-modern culture, it seems that most emerge with a set of beliefs that are consistent with neoreaction and can accept that traditional culture maximizes the benefit for everyone.

We are in the middle of the great relearning and PUAs are no exception. Neoreactionaries should take heart at the fact that the things which are learned hardest are learned best.  There is only one way to convert the masses from their hedonism and that is the complete slash and burn caused by PUAs. Every broken heart, disillusioned soul, impoverished single mother, crime victim and even PUA is a proto-neoreactionary. The more the hedonists damage, the more people will want a different kind of society, and the faster things will either be righted or else everything will be completely destroyed.   Being a neoreactionary means accepting that there will be unavoidable losses and preparing a tolerable route of transition for the former to avoid the later.

The fraction of society that is neoreactionary has far too little power to force any positive change onto the overall system that could provide incentives for men not to attempt a cadding lifestyle. Therefore, rather than wailing about the immorality of sex positive culture and being angry at fundamentally pragmatic men, neoreaction should continue to provide objective and empirical reasons why traditional values and patriarchy are better than other systems. The empirical evidence and first hand experience provided by the hook-up culture will probably be indispensable to these demonstrations. Analyzing this state of affairs will make the most insights on truth available for some hypothetical point in the future where there actually is the possibility for re-structuring society. That is far more persuasive than denouncing a generation or two of men who lost the cultural lottery, or trying to protect women who we don’t have the power to protect.

Some enterprising group might even attempt a virtual exist and through mastery of the red pill framework create a neoreactionary community that is appealing to men as described in part 1.  If so, they will act as beacons of virtue who can also be pointed at to say “Look at how much better this community is! Would you rather be part of the degenerate culture or part of a thriving, civilization building community? Don’t you want security in your life and relationships and for your children?”  Given a viable option, I suspect many or maybe most PUAs would sacrifice participation in the hook-up culture to work towards building civilization and their own families.  What is needed is reasonable certainty that the women they married would make good wives, and absolute certainty that in the rare cases where that failed, the ex-wife would have no ability to deprive him of his wealth and children.

6 Replies to “Who is the true enemy of Neoreaction: The Red Pill or Social Conservatism? Part 2”