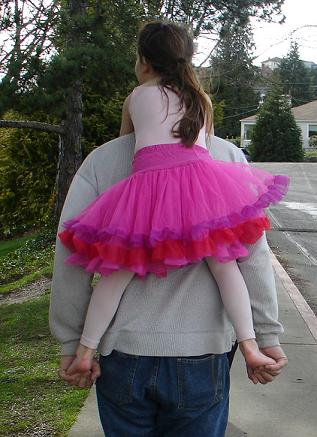 Sunshine Mary stopped by to voice her concerns about the hypothetical traditional community I proposed in my “who is the true enemy of neoreaction” posts (part 1, part 2). First she brought up that premarital promiscuity in males increased the risk of men cheating.

Hello, I’m not neoreactionary but I’m interested in these topics, so I hope you won’t mind if I offer a few thoughts for your consideration.

First, the problem is that a man’s previous sexual history does, in fact, affect his marital stability. In the study that Social Pathologist cited, it didn’t affect divorce stats the way it did for women, but Susan Walsh compiled this data from the GSS data: 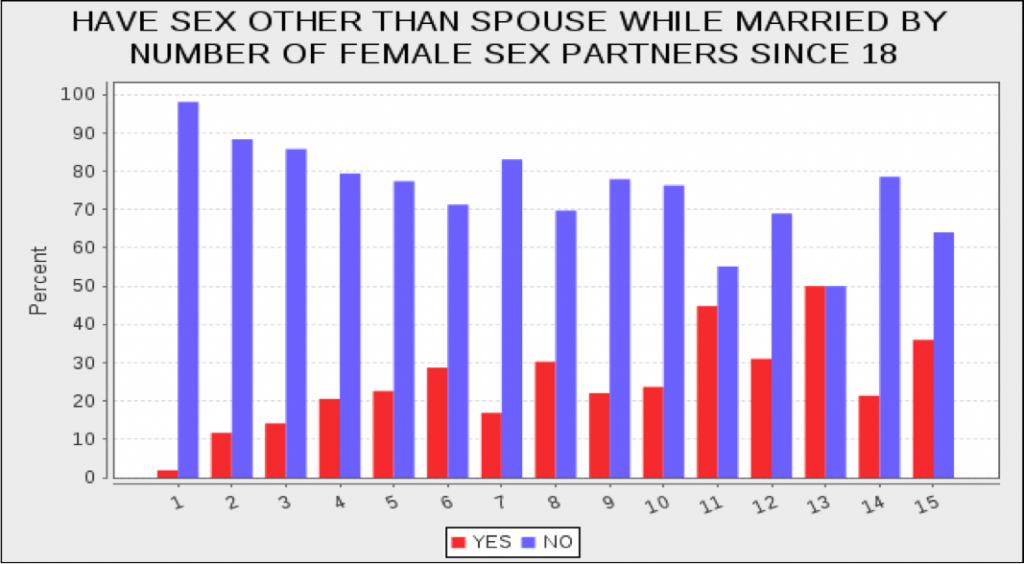 If you’re going to build a community with a bunch of burned-out PUAs, statistically they’re likely to be all over each other’s women. I don’t think that’s going to make a stable society. (I wrote about this in an old blog post, if you are interested:

This is partially addressed here.  I fully concede that there are a variety of reasons to discourage male promiscuity.  However, as elaborated in that post, there hasn’t been much work on demonstrating that male premarital promiscuity leads to higher divorce rates and so I am not convinced that it should be on the list of reasons for male chastity. If premarital promiscuity does lead to greater male infidelity post-marriage, but not to increased risk of divorce, that would be an interesting finding to say the least. Though it would be consistent with the red pill understanding of female psychology as well as empirical evidence. If a man is attractive enough to be able to cheat, that demonstrates his high value to his frustrated, but now more interested, wife.

She then goes on to bring up a very important point about child support:

Second, I understand the impulse to eschew state-based marriage because it seems like that should clear up cash-n-prizes frivorce, but in fact it doesn’t do so if there are children present. Dalrock has concluded that the problem is primarily child support payments, and whether or not there was a legal marriage, a man (or theoretically a woman) will still be ordered by the courts to pay child support, which is the real incentive. So relying on the absence of legal marriage won’t work; you have to think through how you’d deal with child support issues.

I expanded a bit on my original reply for this post:

Though the label of the image isn’t very clear, it seems to be trying to indicate that more sexual partners increases the risk of men cheating during marriage and this may be true, but doesn’t necessarily mean the men will divorce their wives or stop providing for their families. That is the actual standard of importance for men in marriage.

The problem is the idea that men and women are equivalent and bring the same assets to the union. In marriage, women trade their sexuality for male resources and provisioning. This is to give him a guarantee that the children he is providing for are in fact his. Women do not trade their sexuality for male sexuality because under no circumstances will women ever be able to doubt that their children are theirs. On the contrary, many women seem to prefer men with previous partners because it provides evidence that he is high value. Without the potential cost of accidentally raising another woman’s child, women can afford to be more tolerant of their husband’s dalliances.

[assuming marriage 1.0] A woman’s greatest possible failure in a union is infidelity because when she married that is the resource she willingly traded to her husband. Post marriage, he owns her sexuality and the products thereof exclusively. A man’s greatest possible failure in a marriage is the abandonment or inability to provide for his wife and children. Post marriage, she (and her children) own his provisioning exclusively. Infidelity on the part of the wife is a breach of contract and forfeits any claim she has on the products of his labor.

I agree that in the current situation child custody is a problem. The only way around it for this hypothetical community would be for them to band together and collectively resist any attempts by the state to enforce such payments, similar to how the farmers resisted the abduction of their cattle. A single man would not succeed by himself.

In marriage 1.0, it is the man’s duty to provide provisions for his wife and children, not the wife’s. Should a wife destroy the union, his biological children should be awarded fully to the father who will provide sole support as it was always his sole responsibility per the original marriage contract. When he married, the man purchased the ownership of his wife’s sexuality and any children that result from that sexuality in exchange for his provisioning. When a husband and wife separate in marriage 1.0, the wife has no claim on the children. They aren’t and were never hers. Does this place a significant burden on men? Yes it does, but living up to high expectations and prevailing in difficult situations is what men do. It is their traditional role. So long as they are systematically and fairly rewarded and acknowledged for their efforts, there is no reason not to expect men to shoulder a larger burden than women. In addition, fully ejecting the woman who destroyed her marriage from the community implies that she should not even be allowed to see the children. If this sounds harsh to you, keep in mind that this is SUPPOSED to be a disincentive, it has to be harsh.

Trying to pull some small amount of money from her isn’t worth the cost of the community continuing to interact with her. Even today where women are “liberated” men as a group generate most of the wealth so it is very unlikely that chasing after her will yield much anyway. It is better to simply accept that the man will have to shoulder all of the burden, but at least they get the full benefit of taking on the extra responsibility by having complete and sole access to their children.

Now, it is true that every situation is different and there are and would be cases where the husband is at fault. A competent arbiter would probably be needed to evaluate such situations and make rare exceptions when needed. However, without compelling evidence that a man had somehow failed his duties of material support, custody should be awarded to fathers by default.