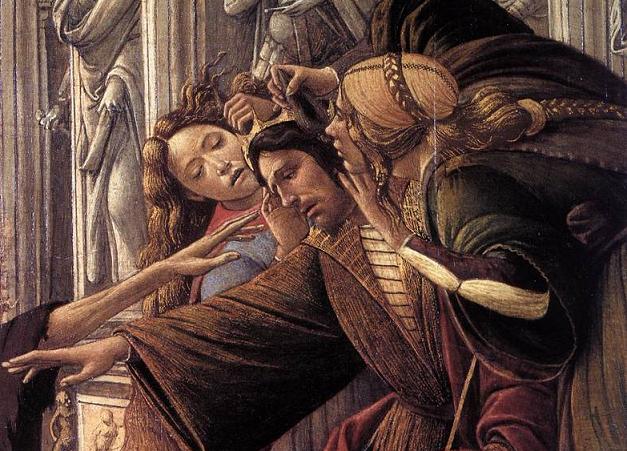 Nick B. Steve recently pointed out an oversight on my part when I originally wrote “Who is the true enemy of neoreaction“. Basically, I misinterpreted some bolded text in an excerpt from a study provided by the social pathologist. You can download the whole study here. Here is the text reproduced below:

Empirically, a man’s risk of divorce is not increased by his sexual history so past sexual restraint for men who might join is more optional, assuming he is willing to reform himself.

I tripped up on that It is only women line and thought that was meant to exclude men from this risk, when it only meant to exclude women who had sex with their husbands and only their husbands before being officially married. We all make mistakes. My apologies. In any event, after seeing my mistake I was quite curious to see what previous research has explicitly found about male sexual promiscuity and its effects on marriage:

After re-reviewing the study, I can see that you are correct and that it doesn’t address what effect premarital partners among men has on divorce risk for men. I attempted to find a study that addresses this explicitly, but so far I have not found anything. All the relevant studies seem to focus exclusively on what happens to women with multiple partners. This is rather surprising to me. I don’t know why these researchers would seemingly avoid addressing this obvious question. I have a few guesses as to why this might not be addressed. Maybe these researchers found no correlation between sexual partners and men’s divorce risk. If so, this is an “uninteresting” negative finding and so they just ignore it because it won’t result in a publication. Alternatively, the same result might highlight a biologically justifiable double standard for men and women, which would be highly controversial and as a result they would never be able to publish the finding. Another possibility is that they simply couldn’t find enough men who only have had sex with their wives, and thus couldn’t constitute a large enough control group. Without the control group, you have no basis of comparison and any data you collect is useless.

So what I am left with is that my statement is neither supported or refuted by anything I could find, but with some indirect evidence in favor. The claim is a reasonable guess based an an understanding of evolutionary psychology. If it ever became possible to empirically verify this hypothesis, I would suspect it to be true. Thanks for pointing this out though, and if you can find any study that addresses the question directly, please send it to me.

So after spending an hour or two trying to find something that directly addressed the question I came back empty handed. Though my original claim is certainly weakened by this, it is by no means refuted. If someone can find a study on this please send me the title. Also, keep in mind that cheating on a wife is not the same as divorcing her and failing as a provider.

In any event, this is a relatively minor quibble. From part two of my original post, I expanded a bit on this and conceded that the direct influence of sexual history on a man’s divorce risk isn’t the only thing to consider:

To add to this, the point of the post was how a community might be initially created and I would be surprised if some leniency wouldn’t be necessary in such a circumstance. This doesn’t say anything about how young men should be raised within the community. Certainly they should be discouraged just as strongly as young women. It takes two to tango and even if it doesn’t adversely affect the young man, it would affect whichever girl he was with. In short, there are plenty of reasons to discourage male promiscuity before marriage. Increasing his divorce risk just probably isn’t one of them.

2 Replies to “How does a man’s sexual history affect his likelihood of divorce?”