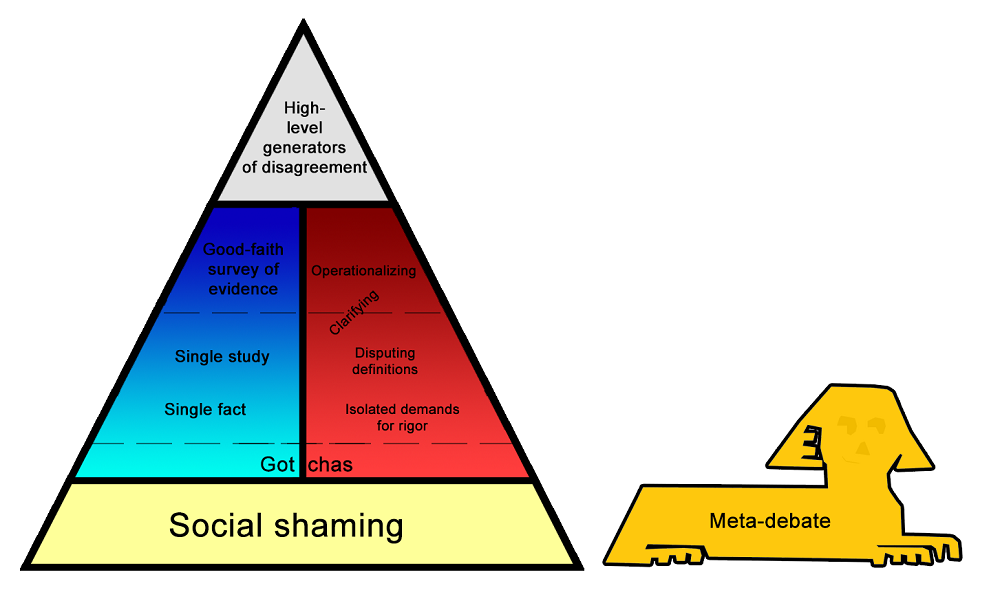 You can read more about the circumstances here and here. In short, the New York Times claimed to be writing a positively spun puff piece about Alexander, but had also found his full real name and intends or intended to publish it. Personally, I wouldn’t believe their assurances of a positive spin on Alexander in that piece (at least as originally written, his fanboys are probably giving them an earful right now which might make them think twice. Might.) Journalists are notorious liars and Alexander is very much guilty of not accepting every progressive tenet on faith alone, as well as not uniformly sputtering condemnations at anyone to the right of Mao.

I did not read every single article put out on Slate Star Codex, but if the topic seemed interesting and/or relevant to Neoreaction I would take the time to look through Alexander’s thoughts. Alexander was a self-proclaimed liberal, but he wasn’t a shitlib or an SJW. He took the time to sincerely and honestly engage with reactionary thought, and would concede points where appropriate. Whatever foibles he may have had, I don’t think you could accuse the man of acting in bad-faith; a manner all but completely absent among other representatives of that lunacy we call progressivism. Off the top of my head, I can’t name another left-leaning individual you could say the same about. Certainly no-one “mainstream” or in the journalistic profession. Alexander was/is sort of unique in this age of madness.

And while he was a liberal, his honest engagement with reactionary thinking was actually helpful and productive to our side. He was also, very likely, a good stepping stone for fence sitters to back away from the leftist kool-aid. That’s a big reason why I don’t think this New York Times article would have been very positive. For this reason, he is the one leftist to get a place on my Reactionary RSS feed “Atavisions” as well as having one of his articles included as a link on the sidebar of the /r/darkenlightenment subreddit.

The most notable example is his summary of reactionary thought titled “Reactionary Philosophy In An Enormous, Planet-Sized Nutshell” He did come to disagree with a lot of that thought at the end, but overall it was a fairly good primer that could efficiently get people up to speed on Neoreaction. It was only good, however, because Alexander had the integrity to actually engage with it in good faith. To describe those ideas dispassionately and truthfully. His dismissals later on may have been erroneous, but they were polite and sincere.

Another one of his most important contributions to right-wing thinking, in my opinion, was bringing attention to the “motte and bailey” rhetorical technique, which is actually quite useful in understanding the means of leftist argumentation. Alexander didn’t come up with this idea, but many people would have been completely oblivious to it had he not started discussing it. You can see Alexander’s two articles on the topic here and here. These concepts were definitely useful to me as they very much have helped to inform my moderation policies for the Dark Enlightenment subreddit over the years. It is easier to spot bad-faith actors when you know the disruptive techniques they tend to use. And but for Scott, I probably never would have even heard of them. While he wasn’t perfect, I think the world of internet philosophy and debate will be substantially diminished by his absence. F.

Whether or not Slate Star Codex stays gone forever is up in the air. I have zero doubt that the New York Times feedback form is being inundated by a (for once justified) angry mob as we speak. A sensible reaction to that would to actually publish a mostly positively spun article without the doxxing. But we don’t live in very sensible times. I very much suspect Alexander has a big target on his back for SJW radical leftists and they probably don’t care especially about preserving the “reputation” of the NYT.

We have been saying it for years in our little corner of the internet, but any sort of appeasement to the left will end up getting you devoured. Eventually, Cthulhu swims left past you and you will be destroyed by your once allies who suddenly figured out they are more holy than you are, and thus deserve all the status, power, and money you might have. This is what is happening to Alexander now, most likely. So his overtures to progressive orthodoxy really didn’t do him much good. They never do, in the end.

As an aside, I got into quite a heated and, from my perspective, humorous interaction with the original author of “The vacuity of post-modern discourse” Nicholas Shackel because I linked to his paper on this site. He made all sorts of wild and delusional threats about copyright infringement, even though the actual host is a university site, not mine, and clear legal precedent that including links to other sites is not copyright infringement. Dr. Shackel eventually realized he was being obtuse and went away. I assume he was afraid his shitlib colleagues would come after him, which they probably will eventually.

There is no compromise with the left, you need to make a choice. Hopefully the right one. Since you will end up being devoured either way, choose the path of truth and integrity.