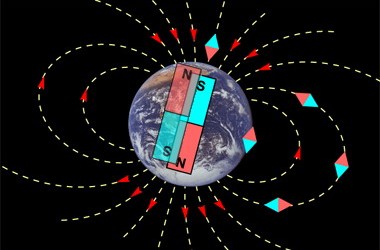 In February of 2016, the BBC ran a fake news article about women being better software programmers than men based on a study which had not actually been published, and of which the authors did not intend to release the data. Of course, since that is bullshit, the BBC has changed the title of the article several times, and now it only claims that gender bias exists. Still bullshit. Or if there is gender bias, it is against nerdy Asian/Indian/white guys rather than Strong Women of Color. Below are some polarity shifted excerpts from the original article. Editorial notes in []:

Computer code written by white men has a higher approval rating than that written by women – but only if their gender is not identifiable, new research suggests.

They found that pull requests – or suggested code changes – made on the service by white men were more likely to be accepted than those by women.

The paper is awaiting peer review.

This means the results have yet to be critically appraised by other experts.

However the team was able to identify whether roughly 1.4m were male or female – either because it was clear from the users’ profiles or because their email addresses could be matched with the Google + social network. [This sample is probably bad, the methodology sucks hard. Github by default does not identify gender so self-identifying gender means a lot of self selection of the sample, with results that could be skewed far from the norm.]

The researchers accepted that this was a privacy risk but said they did not intend to publish the raw data. [Emphasis mine, this is a huge red flag. They could have made the whole thing up.]

“Our results suggest that although white men on Github may be more competent overall, bias against them exists nonetheless,” the researchers concluded.

“I think we are going to see a resurgence of interest from white men in not only coding but all sorts of tech-related careers over the next few years,” she said.

“Knowing that white men are great at coding gives strength to the case that it’s better for everyone to have more white men working in tech.”

“It was white men who came up with almost every new idea in computer science in the first place, we owe it to them to make sure that we encourage and support white men in the software industry,” Dr Black added.

While not as egregious as my previous polarity shift, you could just as equally not expect anything so openly pro-white male to be published on any mainstream fake news site like the BBC. I actually missed this when it first came out, but a twitter link recently made me aware of it. You can see a complete take-down of the fake news here:

Anyway, the real villain here is not Dr Black but of course the BBC who not only promote such propaganda, but exaggerate the “findings” of these studies to a greater extent than even those behind them. Using the wonderful Newssniffer site, we can see the BBC actually used a slightly more reasonable headline in its very first version of the article, which read “Women may write better code, study finds”. However, just 35 minutes later someone decided to remove the term “may”, thus throwing all caution out the window and moving fully away from journalism and into feminist activism instead.

Read the whole thing. It is an excellent exposé on the process of generating fake news in the MSM.

One Reply to “Polarity shift #3”