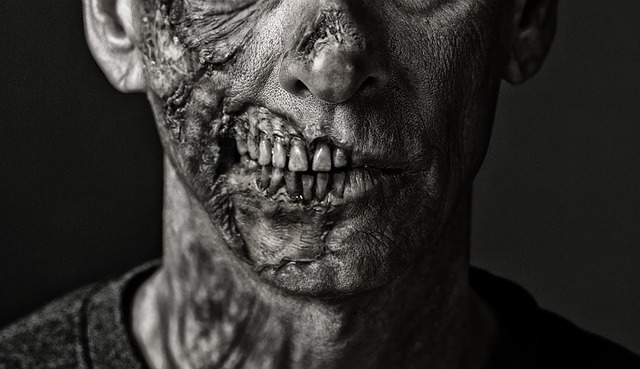 Even though I have previously written on something similar, at first I wasn’t going to write this post. I conceived of it, and halfheartedly dismissed it as being too trivial and not really worth the investment. But then, I don’t have children so there isn’t much point in thinking too hard about TV shows since I already know how most of them are crap and correspondingly almost never watch them. If I did have children, or if I do someday, I suppose that formula would necessarily change. That seems to be the case for 28Sherman in his latest post “They Progged Cartoons.” Since the topic was brought up, I guess it is only appropriate to add my two cents.

He complains (rightly) that the progs in the entertainment industry use their influence over plot lines to create propaganda for children, when they are least able to critically evaluate it and so soak that crap in like a sponge. I remember once we were talking about education around my teenage nephew and he, at different points, both said “that is sexist” and “that is racist.” Poor guy. This is probably more to do with the school system than cartoons, but same difference (same same, but different?). Keep in mind that I do sort of, maybe try to tone myself down at family events. Apparently dismissing blog posts isn’t the only thing I do halfheartedly. After the third or so statement of this sort, being the cold-hearted, insensitive asshole I am, I responded with “reality is racist” and he suddenly seemed to be deep in thought. I didn’t hear about being racist again. It turns out crazy uncles might have more influence than low-IQ education majors! Who knew?

In any event, I almost never watch TV anymore except stuff I can be very preselective with on the internet for this very reason. Every time I give a show a chance, which is rare anymore, I am invariably disappointed and disgusted by the progressive parasites infesting the story. For example, I like gore and zombies. Who doesn’t? I was told The Walking Dead was a pretty decent show and reluctantly gave it a chance. The first 4 seasons were on netflix so I watched them. For the most part it was pretty good, but they just can’t leave out the prog propaganda. A mindless show revolving around killing zombies can’t just be about killing zombies; it also must be progressive. At least the progs finally did something right though, a post-apocalyptic wasteland seems the appropriate setting and endpoint of progressivism. The third and final straw happened in the last episode in which they introduced some gay dudes and had them make out. Ya, I am not shitting you. The gay dudes make out in the show. I have a very bad feeling that those two are going to stay on as characters for a long time. I am not going to find out, though, because I am done watching it. It isn’t that I have anything against gays, like everything else in human psychology (most importantly intelligence), I am pretty sure it has biological origins and that they are unfortunate misfits born with a bad combination of alleles. Gnon was not kind to them. But understanding that does not mean I want to see them make out (or have civilization cater to them or give them special victim status). Even then, that isn’t even the major problem for me (though it is an important problem). The major problem is the er…hrmm northern aggression of it all. It is the fact that these assholes can’t keep their fucking values to themselves. They HAVE to try to propagandize me and everyone else who don’t want to have anything to do with them or their values; even if we would never bother or hinder them in their personal lives at all if they just left us alone. It isn’t enough that I am (or was) willing to just let them be if they let me be. They HAVE to get in my face about it. Fuck them. Goodbye libertarianism.

For the curious, the other two things that preceded the third and final straw was the first two lesbians and the whole miscegenation thing (black dude, white chic) at the prison. In the interest of full disclosure, two chics making out doesn’t exactly cause me direct offense. It is natural for men to like harems after all, right? In addition, it is probably accurate to say I have bedded more girls outside my own race than within it (mostly Asian and I haven’t kept count). I don’t think I can ever come down that hard against this without being a complete hypocrite. There may be good rationales for it, but I think I will let others tackle that consideration. I am much more concerned with IQ directly than any particular race even if there are large differences between races. Besides, preserving racial “purity” seems to be a female responsibility.

In any event, this was before my transition from the red pill to the dark enlightenment. I fully agree that this sort of cad behavior isn’t good for civilization, the traditionalists are right and I was wrong. But like I said before, I can’t control the culture I was born into and I am doing more than most to provide powerful secular arguments for traditional family values.

It isn’t that other people have different values that bothers me, it is that people are trying to forcibly push their values on me and others who may be ambivalent or in strong disagreement. Most important is that the values they push are objectively shit. Ya, maybe I haven’t been a paragon of virtue in the past, but at least when pressed I can objectively evaluate what values are best for civilization as a whole. I don’t pretend like self-interested behavior is anything other than self-interested behavior. If people disagree with a set of values they should be able to disassociate and allow Gnon to be the judge of who is right or wrong. We aren’t being allowed that privilege. This northern aggression can not stand.

EDIT: I just remembered there was another thing that was dumb in the show. There was a group at a hospital being lead by a small framed women. This was just stupid, in such an apocalyptic setting strength and endurance are what matter most and men wouldn’t follow someone who would never be able to keep up with them. Post-institutions affirmative action would not apply and she would have been demoted to a support role she was actually suited to.

5 Replies to “How Cultural Marxism ruined The Walking Dead”