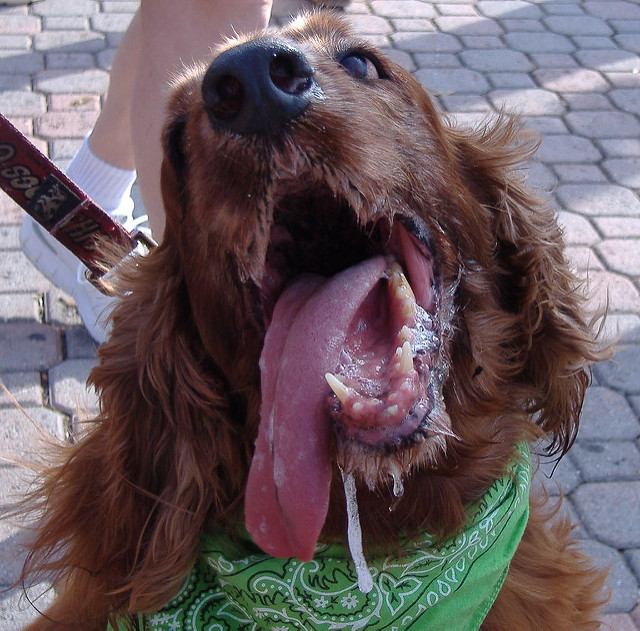 The title was a comment left in a thread about the conditioning allegedly used in those late night comedy shows like the Colbert Report, the daily show, and last week tonight with John Oliver. I got a hearty chuckle out of it and decided to share. It is a reference to Pavlov’s experiments which is the prototypical case that started behavioralism and classical conditioning in psychology. This includes things like the skinner box. Basically, Pavlov would ring a bell before feeding his dogs. He did this for a while and one day rang the bell without feeding them. They started drooling as if there was a whole mess of food right in front of them. They were conditioned to salivate at the sound of the bell even in the absence of food. Psychology was very obsessed with things like this for a number of years, with interesting results and things learned.

While behavioralism has its problems (for example, it assumes blank-slatism) it is far superior to the post-modernist relativism that passes for psychology today. There is some important truth to the concepts surrounding conditioning. We know it works under a large number of conditions even if it is not the complete story.

The thread was started because a 4chan user alleges that conditioning techniques reminiscent of Pavlov and his dogs are employed in designing the structure of the shows mentioned. I don’t know if that is true, but it is hard to say why such powerful and easy to implement techniques wouldn’t be used.  Well, except maybe ethics and morality, but there isn’t much of that to be found in the elite sections of our society. Such things could easily be imagined to improve ratings and better sell progressive narratives. Below is the post:

I don’t watch these shows in general, and it has been years since I have seen an episode of the original daily show so I can’t really comment directly about this possibility without watching a fair number of these things, which I am not going to do. I will leave it to you to think about the possible veracity of this analysis.

Also in this thread, I came across a youtuber who makes some very good anti-progressive videos with fairly high production value. One such video is on these late night comedy shows. I have only watched a couple of his videos, but so far I am quite impressed. The channel is 1791L and below are two of the videos. Worth a watch.

3 Replies to ““That’s what leftists truly are, a bunch of salivating brainless dogs.””