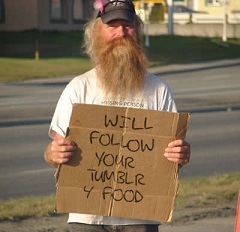 Compassion and eugenics are not mutually exclusive

The west is neurotically afraid of eugenics as a result of WWII because of Hitler and the Holocaust. Certainly his criteria for what constituted better humans would not proceed from a rational analysis of what is actually better for society. Blond hair and blue eyes, though perhaps aesthetically pleasing, do not offer any plausible mechanism for increasing order or otherwise advancing civilization. As criteria for good human traits, these two items are truly neutral and using them was the result of an irrational group of men.

More important than a poorly thought-out series of traits selected to artificially favor, obviously, was the massive amount of human suffering and unjustifiable death caused by the extermination campaign against the Jews. Noblise oblige requires that elites have a beneficent morality towards the public at large. Killing masses of people simply can’t be tolerated. As wise as elites might be compared to commoners, they are not so wise as to decide who lives and who dies. To paraphrase Tolkien:

“Many that live deserve death. Some that die deserve life. Can you give it to them? Do not be too eager to deal out death in judgment. Even the very wise cannot see all ends. “

In so far as fertility is shaped in the interest of advancing civilization, it must be guided by a profound sense of biotemperance. Biotemperance can temper the cold logic that might otherwise be employed should artificial selection be pursued with reckless abandon. The major criteria for a Eugenics policy to be humane or compassionate is that it must not increase human suffering and the people who participate must do so voluntarily.

In addition to being humane, a eugenics policy must also be smart. The ends that can’t be seen are the complex effects and interactions genes have. Some, possibly most, alleles contribute to the expression of multiple phenotypes, most of which are unknown and will likely stay thus for the conceivable future. An allele that is identified as promoting some negative phenotype may also cause an unknown positive phenotype and vice versa. The most well known example is probably the sickle cell gene. There are other examples, such as the genes causing the various neurological disorders common in Ashkenazi Jewish populations. A single allele probably confers heightened intelligence, but two cause significant problems. To put it simply, our knowledge has not reached a level where it is reasonable to identify specific alleles as unequivocally good or bad. Moreover, given the opportunity, natural selection might be able to adapt other parts of the genome to minimize the negative consequences of an allele while preserving the positive consequences. Eliminating alleles would prevent this process from being possible. For this reason, great care must be taken when guiding human evolution, and that guiding should probably avoid favoring or disfavoring specific alleles. Rather, a holistic consideration of phenotype should be considered when deciding how or if to modify fertility.

Self sufficiency as the minimum prerequisite for reproduction

To a large extent genetics is biologically deterministic which can and does limit the adaptability of individual organisms to changing environments and new challenges. Nature gets around this issue through sexual reproduction and meiosis. The effect of both is to greatly increase the possible variation available for natural selection to act upon by generating novel combinations of alleles across the genome every generation. This greatly increases the rate at which a species can potentially evolve. Adaptiveness or maladaptiveness with respect to the environment is thus primarily generated by what amounts to a random throw of the dice during gamete formation and conception. Since it is much easier for things to go wrong than to go right, this mechanism guarantees that some people will be born without much redeeming virtue or potential and that it is no way their personal fault. It is inevitable that some combinations will result in individuals poorly adapted to the environment. Many of these individuals would not be able to survive without some sort of state assistance.

Since social programs aren’t necessarily at odds with the preservation of order, they don’t have to be excluded from the formula of stable government. If a person has a choice between crime and death, they are going to choose crime. In the short term at least social aid policies do contribute to stability by making crime less necessary. They can also prevent the suffering of people who are otherwise unable to care for themselves for biological reasons outside their control.

However, if society is going to have policies of compassion towards the unfit, then it has every reason to expect something in exchange. Social programs that relieve suffering, starvation, and poverty absolutely must have the link between the social support and the artificial rise in fertility severed in order to prevent long term dysgenics and unaffordable increases in welfare spending. Anyone who must depend on wealth redistribution for their survival are presenting a strong signal that they received an unfit complement of alleles. Fortunately, modern technology will make it relatively easy to humanely stop reproduction among the recipients of state aid. Long term, temporary or reversible birth control is already available for women and will soon be available for men as well. Using temporary long term birth control allows for the possibility that some people might require state aid as a result of accidents of environment and circumstance rather than an innate inability to be self-sufficient. People who want children are given a very strong incentive and a better opportunity to become self sufficient net tax payers rather than being net tax consumers. Temporary or reversible birth control prevents people from having children prematurely. Early parenthood can impede them from reaching their full economic potential. Delaying reproduction thus would allow people on the margins to veer toward a k selection strategy over an r selected strategy. For those who can’t or won’t take advantage of the opportunity to prove self-sufficiency, making these birth control methods a mandatory requirement of receiving state aid will prevent wealth redistribution from becoming a means of increasing Darwinian fitness. They will prevent the complement of traits that lead to state dependence from being passed onto future generations.

Knowing that state dependents won’t contribute to future populations should make welfare spending more palatable to productive people who correctly observe that it is unfair to siphon their earnings off to provide for the unproductive. They usually wonder where expansion on social spending is going to end. With this policy they know: it ends with the person receiving the welfare. If anything, welfare spending could be expected to shrink over time as the fraction of the population requiring aid contributes relatively fewer children than other classes each generation. Secure in the knowledge that welfare spending will not increase the number of future recipients should make being compassionate to the less fortunate much easier to accept since there are no dire long term consequences.

Not only is this easier to accept, but with a eugenics welfare policy it is actually preferable that relatively incompetent people get on welfare over working. Bribing incompetent people to not have children is a better bargain for society in the long run than whatever limited benefit can be gotten from their bumbling labor. Indirect or otherwise opaque forms of welfare spending, such as bloated government jobs for incompetents, could be more tolerably formalized as direct welfare spending. Unneeded jobs could be guiltlessly gotten rid of since the people who lost their jobs don’t starve which would make all businesses more efficient. Taxpayers can be happy since the eugenics welfare program actively reduces the number of dependents in future generations.

Lastly, receiving state aid is essentially optional and must be willingly applied for. This means that government bureaucrats don’t get to decide who is fit and who isn’t. Unexpected and creative forms of self sufficiency would not be prevented and the government is forced into a passive role in this process. It is the people themselves who decide not to contribute their genes to the next generation.

Tubal ligation is a procedure that permanently prevents further pregnancies in women. For women who have done their part to reach replacement level fertility by having at least two children, these procedures could be subsidized for them. Any women who haven’t had at least two children should not be eligible not only to make sure replacement level fertility is reached, but also to prevent state abuse of the system and regret in women who might later decide to want children. A progressive subsidy schedule would for the first time ever be preferable. The poorer and thus least able a woman is able to afford children, the more subsidized the tubal ligation should be. Possibly even offering to give her a payment of several thousand dollar on top of covering the surgery. The more wealthy a woman is, the less she should be subsidized. Women in the upper middle class and higher should not receive any sort of subsidy at all because society wants them to have more children.