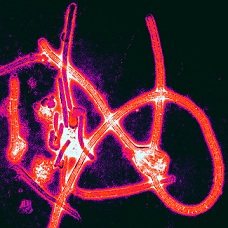 Before I begin with the main topic of this post, I want to write a disclaimer. The Ebola outbreak constitutes a horrible tragedy and I think it is in everyone’s interest that no expense be spared by wealthy governments around the world in attempting to contain the outbreak and reduce the number of casualties in Africa or elsewhere. As a rule, I am opposed to foreign aide for a variety of reasons, not least because it distorts the markets in the recipient countries and makes it harder for local workers. However, the Ebola outbreak is an exceptional case. The risk of a worldwide pandemic is not negligible and the consequences for it getting out of control are immense. Therefore it is actually in everyone’s interest to contain the outbreak and cooperation makes sense. Richer countries should spare no expense fighting it and should not expect for the recipient countries to give anything back for the help. After all, they would be spending the money to protect themselves as much as to help the afflicted countries.

That said, there is a cold logic that suggests the outbreak could in the long term have positive benefits to the afflicted countries, though obviously paid for at a terrible cost in human lives and suffering. For a variety of reasons, the disease will disproportionately affect the poor and uneducated relative to the rich and educated:

Since intelligence is heritable, and wealth roughly correlates with intelligence, then it can be surmised that a virus that selectively targets the least wealthy (and thus least intelligent) fraction of a population will have a profound positive impact on the average intelligence of the population once everything is said and done. The virus in effect acts as a genetic bottleneck which changes the overall constitution of the current and thus future population. Since the uneducated won’t be around to have more children, a greater percentage of future children must come from the rich and educated which for both genetic and environmental reasons will also be more prone to education and higher socioeconomic status. With a greater percentage of educated people, these countries will likely have greater potential for economic achievement in the future. The economic benefit will probably materialize at least several generations down the road after the direct negative impacts of the virus are overcome.

It has been proposed that this mechanism might be what made both the renaissance and the industrial revolution possible for Europeans. In the case of the renaissance, it was the black death that immediately predated it that selectively killed off the least capable people in European society. Other diseases served the same purpose in British slums for some generations prior to the industrial revolution. It is possible that Ebola could serve as the precursor for an African renaissance.

Beyond increasing the smart fraction of the population, the second effect would result from the overall decrease in the population. When population size suddenly contracts, you also drastically decrease the labor supply. With a smaller supply of labor (which coincidentally happens to be smarter and more productive on average), businesses must offer more competitive salaries and benefits to persuade good employees to work for them instead of someone else. Competition between businesses for good employees puts a lot of bargaining power on the side of labor. So not only do you have greater overall wealth thanks to the increased smart fraction, that wealth also has to be more evenly distributed amongst the population.

At this point, it is too early to tell how bad the epidemic will eventually get. As of writing this post, there is a total of around 3000 confirmed cases and an official death count numbered about 1900. However, it can be expected that the information available seriously underestimates how many cases there are both because of the poor organisation in the African countries and because of the desire of health officials to limit panic. It is my hope that health officials do manage to contain the outbreak and limit further infections and suffering. Achieving the benefits outlined above aren’t worth the tremendous human costs. However, like a hurricane this virus is a force of nature and once it gets out of control (and this seems likely now) there may not be much those officials can do. If so, then the only thing left to do is for individuals to educate themselves on how to avoid infection and look at the silver lining of an event we may have little control over.