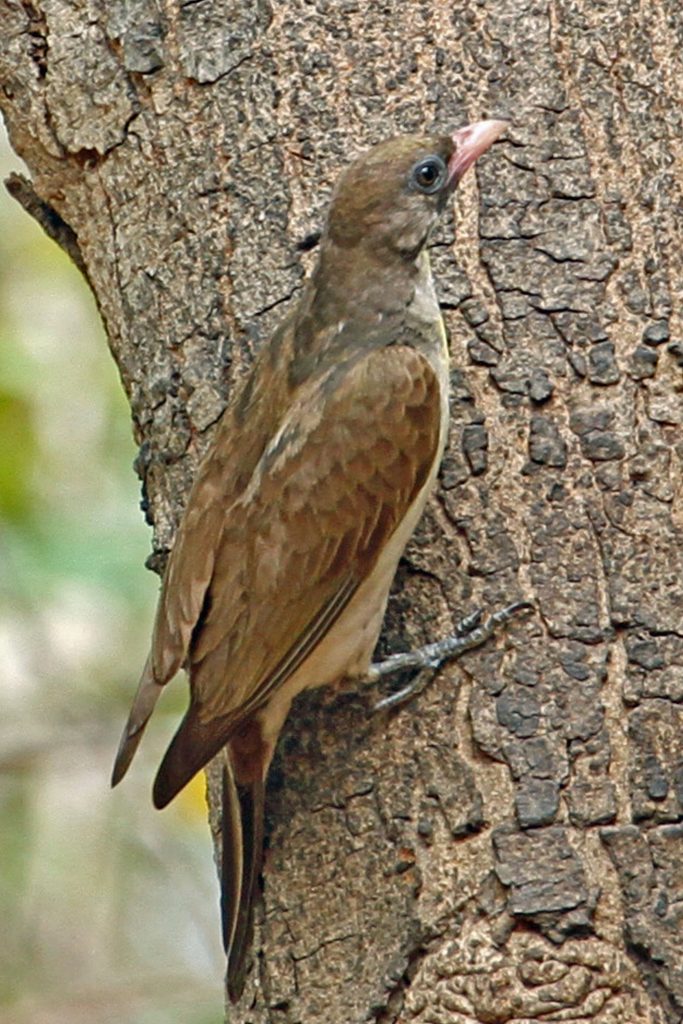 An article came out about cooperation between an African tribe and a type of bird called the honeyguide. The bird spots bee hives and guides the human to it, the human knocks it down, breaks it open and shares it with the bird. The tribesman and birds communicate via a series of chirps and calls. For example, there is one special call a tribesman can use to signal to a bird that he would like to look for honey. There is another special call the honeyguide can use to get the attention of a tribesmen when they have a hive they would like cracked open. Now, in the case of the tribesman, it is possible to culturally transmit the details of the various calls down the generations. The honeyguides, however, are very much like the cuckoo which lays its eggs in the nests of other birds. This means it isn’t possible for direct cultural transmission of the calls and likely indicates that in the case of the birds, the transmission of call knowledge is purely genetic. To quote the popular mechanics article:

There’s still some mystery as to how exactly young honeyguides learn to recognize the Yao tribesmen’s calls. Like the European cuckoo, honeyguides are nest parasites. Adults will surreptitiously lay their eggs in other bird’s nests and those birds raise the young honeyguides. This pattern rules out the possibility that the honeyguides are learning how to interact with humans through parental training.

Bolding was mine. While I will agree that exactly how this is done is unknown, mystery is a bit too strong of a word. There are really only two possible explanations. Either they are learning it from other honeyguides a few years older, or it is being genetically transmitted. Even if certain aspects of the behavior, like what specific type of call, is being learned from peers, the overall behavior has to have a strong genetic component. Otherwise why aren’t the other birds in the area copying the honeyguides? It would be a very easy source of food.

This isn’t the first time that a complex behavior was observed which really could have no other explanation than genetic. Most notably in Darwin’s origin of species. In it he described the tumbler pigeon which had the following complex behavior:

The short-faced tumbler has a beak in outline almost like that of a finch; and the common tumbler has the singular inherited habit of flying at a great height in a compact flock, and tumbling in the air head over heels.

No other pigeon showed this behavior (i.e., it was singular). And pigeon breeders kept different varieties close together so if it could be learned it probably would have. There is really no other choice but to conclude that the tumbling behavior was and is genetic. The tumbler pigeon was undoubtedly the same species as the other domesticated species. It could breed with and produce viable offspring with those other varieties, yet small and particular genetic differences were more than enough to generate wildly unique behavior. If this genetic determination of complex behavior via only a very small fraction of the genome is possible in pigeons, it is also possible in humans. The outrageously greater violent criminal activity in Blacks, for example.