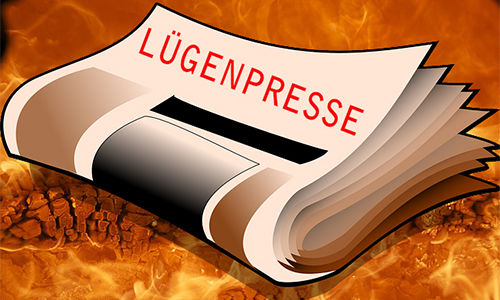 Additional evidence shows moderators from specific subreddits force users to misuse web archiving services so as to ideologically target certain news sources by depriving them of traffic and potential ad revenues. Links from unwanted news websites shared are deleted, and users are prompted to utilize a cached link, screenshot or archive.is.

“For example, we observed that ‘The Donald’ subreddit systematically targets ad revenue of news sources with conflicting ideologies,” Blackburn said. “Moderation bots block URLs from those sites and prompt users to post archived URLs. According to our conservative estimates, popular news site like the Washington Post lose approximately $70,000 worth of ad revenue annually due to the use of archiving services on Reddit.”

“Misuse.” Lol. There is no better use. These people hate us and want to replace us with foreigners or outright kill us in some cases. Piss on them.

70,000 dollars annually from just from one converged site. That’s pretty good! It feels great to know we can make a difference. Stripping the Lügenpresse of revenue is an important advancement in the culture war. We shouldn’t be funding their propaganda ourselves.

My sub has had a bot rule like this for several years. It does exactly as described in the article by removing the link and prompting the user to resubmit an archive.is version. The current list of sites I force /r/darkenlightenment members to archive before submission are the following: nytimes.com, salon.com, newyorker.com, huffingtonpost.com, thenation.com, theatlantic.com, dailykos.com, newrepublic.com, thenation.com, alternet.org, thinkprogress.org, gawker.com, independent.co.uk, slate.com, vice.com, buzzfeed.com, vox.com, thedailybeast.com, huffpost.com, usgamer.net, gizmodo.com, theguardian.com.

Its far from an exhaustive list, but I only really add to it when something gets posted that shouldn’t have been, which as a credit to my users doesn’t happen too often.

We should be doing better here, those percentages are too low. If you run any sort of forum, subreddit, or other social media community, you should definitely consider implementing a “no direct links to prog sites” rule. It really does make a difference, especially if all the various conservative communities do it. The culture war is a WAR and every little bit helps. Even if you don’t moderate any communities, you can help be installing an ad blocker and prevent giving prog sites ad revenue on an individual level.