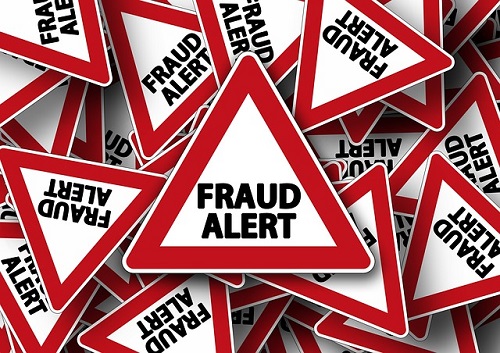 A new article came out analyzing the contrast between leftists and rightist perceptions of different fields of science.  Unsurprisingly, people who tend conservative tend to view fields of “science” populated overwhelmingly with rabid social justice leftists as unscientific. I have written about this before, and have an expanded version of that article in my book: Smart and Sexy.

In the 30s, the president of the American Sociological Association advocated that as a field, sociologists should focus on truth rather than activism.

differentiated from methods that more property belong to activities other than those of science. . . . Sociology as a science is not interested in making the world a better place in which to live, in encouraging beliefs, in spreading information, in dispensing news, in setting forth impressions of life, in leading the multitudes, or in guiding the ship of the state. Science is interested directly in one thing only, to wit, discovering knowledge.

This sentiment was still strong in the 1960s if the president of the ASA can be thought of as representative of the field as a whole:

It is, of course, true that some Boy Scout types have become sociologists. It is also true that a benevolent interest in people could be the biographical starting point for sociological studies . . . [however] Sociology is not a practice, but an attempt to understand. . . . As a scientist, the sociologist tries to be objective, to control his personal preferences and prejudices, to perceive clearly rather than to judge normatively.

While there may have been a strong desire to remain objective during those times, I doubt that ASA presidents would have kept discussing objectivity if there wasn’t a strong undercurrent desire to give up all pretense of dispassionate inquiry and fully engage in professional leftwing “scholar”-activism. Unsurprisingly, that seems to be exactly what has happened in these fields since then. Compare the address of the 2017 ASA presidential inauguration to the previous two.

We cannot shield ourselves with false notions of “objectivity,” but, as previous presidents have emphasized, ASA actively embraces public engagement and scholar-activism. . . . To be relevant and serve our members, ASA must continue to emphasize social justice in sociological inquiry.

It is well known on the right that most of the social sciences are basically just arms of leftist political parties who pretend to do “science” to give their ideological convictions an air of legitimacy otherwise unavailable. Calling these political beliefs science doesn’t actually yield legitimacy, of course, but it seems to be a pretty effective smokescreen that diverts a fair amount of criticism. In other words, it works well for the left to converge these fields. However, there is apparently some fight left in the objective-leaning sociologists:

Romero’s statement received criticism from some sociologists and support from others. Among critics, a central concern was whether explicitly eschewing objectivity and calling for activism threatens sociology’s status as (or aspirations to be) a science. An undercurrent to this controversy, however, relates to the actual or would-be goals of sociologists’ activism. That is, activism can cut multiple ways, but Romero’s call for “social justice” implied for many a particular type of activism directed toward particular types of goals, which can be roughly characterized as “liberal” in nature. These goals often seem to be accepted by even critics of the activist approach. In other words, although some question whether sociologists should be activists, there seems to be little question of what type of activist a sociologist would be. Indeed, sociology has been called “the most liberal-left field in academe”.

Because of such perceptions, sociology has been highlighted by conservative thinkers and media as a distinctly liberal and even anticonservative field . For instance, a recent article in the National Review had the headline, “Will Your Sociology Professors Talk behind Your Back if You’re Conservative? They Just Might.” Even in articles and books that are about the liberalism of academia broadly speaking, sociology is often pointed to as a particularly telling case study

But again, the change from the 60s clearly demonstrates that the activists are winning over the less-ideological, and there is little reason to think their hegemony in this and other fields of academia will ever be overturned.  Not without completely dismantling the institutions which allow for government-sponsored “scholar”-activists to exist in the first place. It is hard to imagine the recent seemingly feeble attempts, as laudable as they are, will have much of a positive impact.

Which religious sects view sociology as more scientific? You won’t be surprised…

Typically, the groups listed above tend to benefit most, or at least perceive themselves as benefiting most, from a liberal hegemony in “science” since this stuff forms the largest support for the victim narrative they like to use for political advantage.

If you make your “science” an arm of your political ideology, it shouldn’t be surprising that those opposed to the ideology rightly recognize the con you are trying to pull and doubt the legitimacy of your work. Biology is by no means immune to this, if it were we wouldn’t even have the term “Lysenkoism“. Rather, most biologists have the sense to not inject marxism into their work. Most, but that doesn’t mean the cathedral isn’t active in that area. (Yes, unfortunately, feminist “biology” is a thing.)

If you are educated and have actually taken the time to look through social science material and understand it, you can see that much or most of it is bullshit. That didn’t have to be the case, It is certainly possible to conceive of the social sciences being objective and dispassionate. Past leaders in these fields attempted to steer it away from “scholar”-activism but were unsuccessful. For whatever reason, the social sciences attract far-left radicals like shit attracts flies. All these fields are infested with Marxists who continually spew bullshit. With the exception of economics which more often has “conservative” open-borders libertarian types.

@realpeerreview on twitter pointed this out so, so well. That account was deleted due to typical leftist pressure, but someone else snatched up the username and the new owners also regularly show some laughable bullshit coming out of social science. The new @realpeerreview isn’t quite as good as the original, but that account still produces quality stuff.

A true buzzword bonanza in this abstract pic.twitter.com/WWGvVCQyIm

Even leftists are honest sometimes:

it is also worth pointing out that although sociology’s reputation as a science does appear to be politicized, the bigger issue might simply be the overall low ratings of the field’s scientific legitimacy. As seen in Figure 2, even among the most favorable audience of extremely liberal bachelor’s degree holders, fewer than 25 percent rate sociology as very scientific.

Well, below are some more examples of peer-reviewed social “science” courtesy of the original @realpeerreview. I will let you make up your own mind on how scientific the social sciences are. Below are a few images I quickly picked out, but there is way, way more at the previous link.

[Like this content? Considering purchasing “Smart and Sexy,” the definitive guide on sex differences in intelligence to help support this site.] 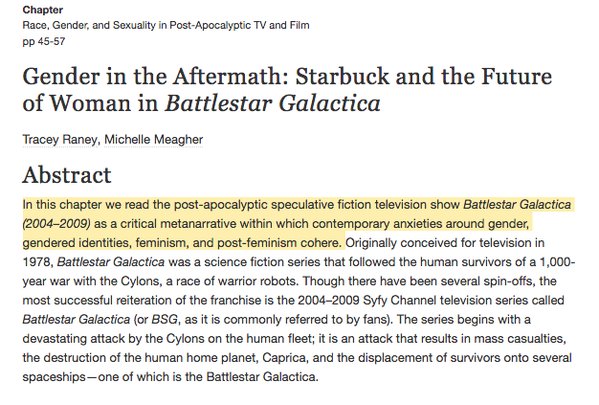 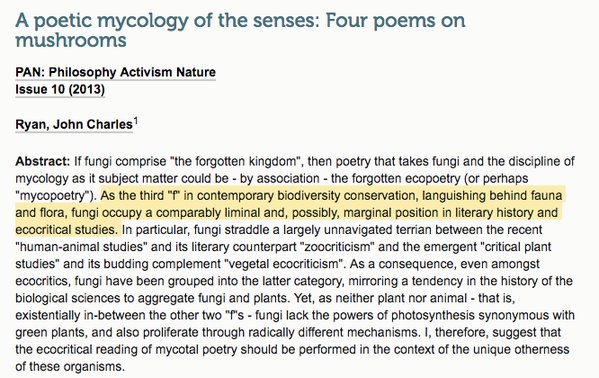 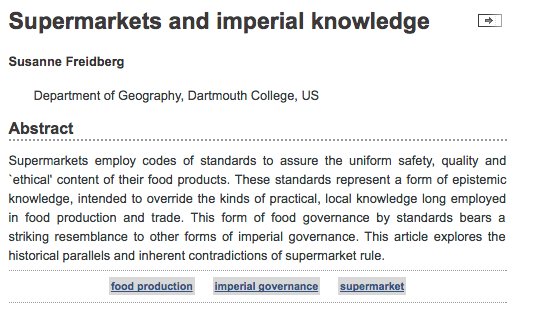 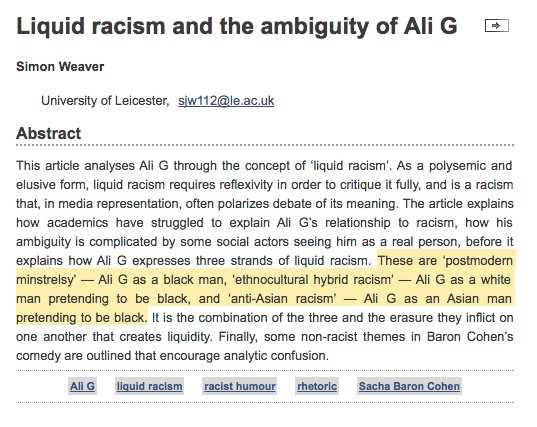 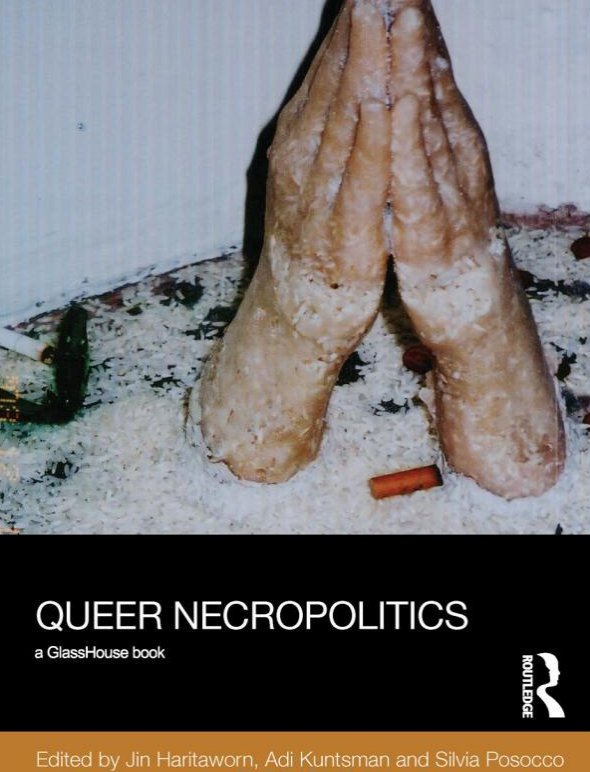 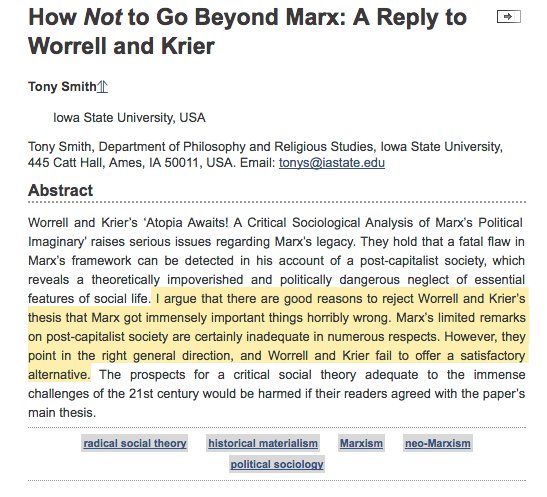 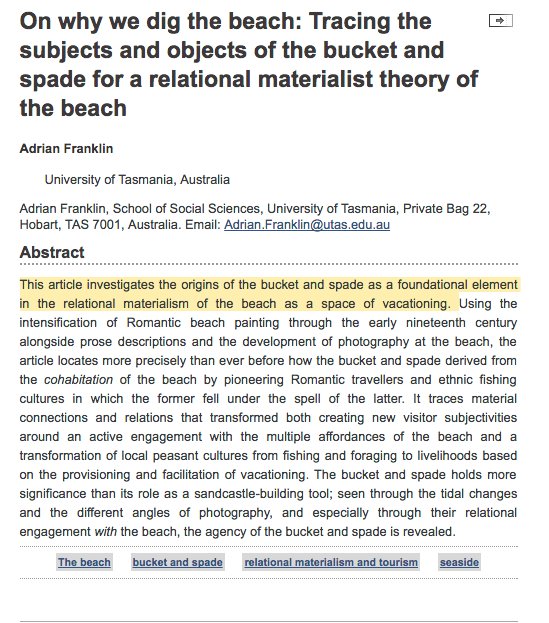 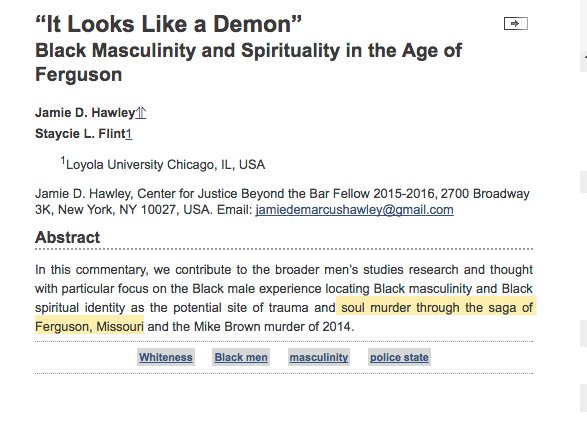 4 Replies to “Sociologists confused that conservatives view them as unscientific.”