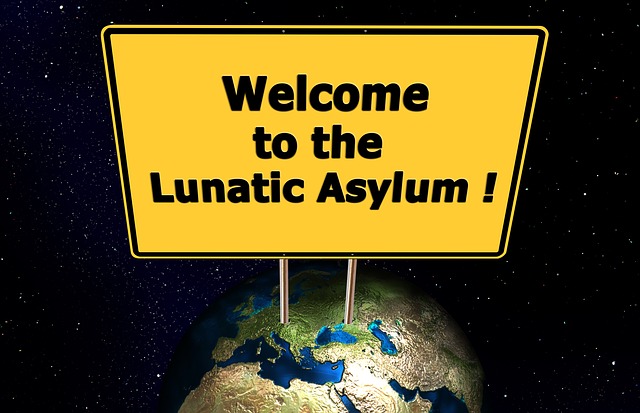 The following is a video of a severely disabled person “performing” karate.

You can see him “fight” the other people and them intentionally taking dives around 2:50.

This guy has no arms and no legs. Just underdeveloped feet and hands on stubs. I am not trying to say that to be mean. That is just how it is. There is no way for him to ever do karate. It just isn’t possible. It sucks, and I feel for his very unenviable position, but this is such a ridiculous public display that it is hard to fathom that it actually took place.  There is quite a crowd there too, and a lot of them were clapping just as loud as they could. Secretly I am sure many of them were giggling in their heads, or telling jokes behind his back later. It is embarrassing. I am amazed at how much and obviously reality can be denied for the sake of politeness and feeling sorry for someone.

Denying reality and pretending someone can do things can not doesn’t do anyone any favors. It creates situations where the person being humored is really just displayed as a public joke and curiosity, as well as instilling a false sense of potential. Its cruel.

This is an extreme case, of course, but the same exact pattern is going on with respect to differences between race and gender. The variance in ability exists, but too many people are too polite to call a spade a spade. With that cowardice, instead of facilitating a public humiliation, you create large groups of people resentful of the more accomplished and who have a false beliefs about what they can do, potentially leading to disaster. If situations like the video above can be allowed to occur, what hope do we have of ever getting people to acknowledge reality when it isn’t quite so blatant?

4 Replies to “The absurdity of politeness”